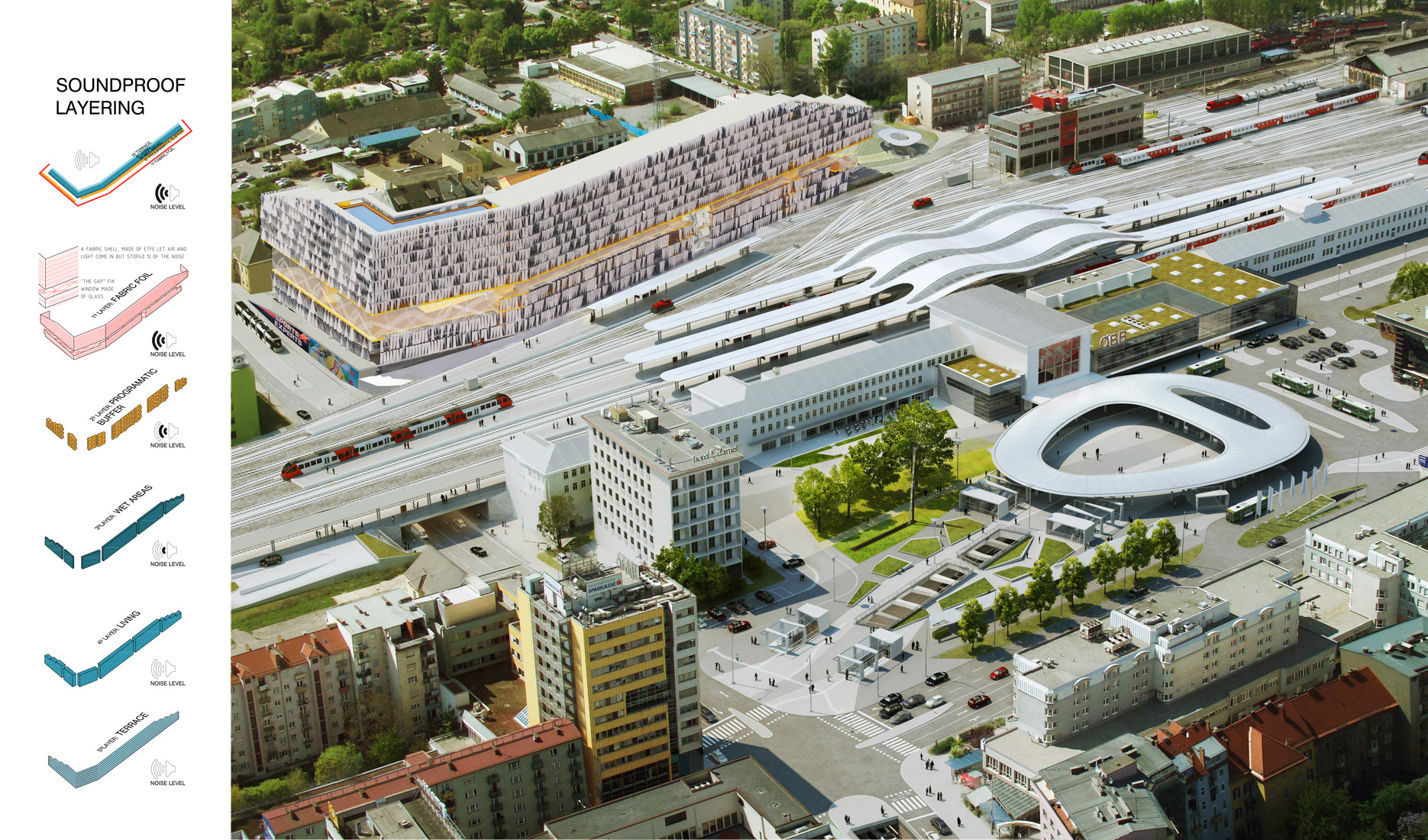 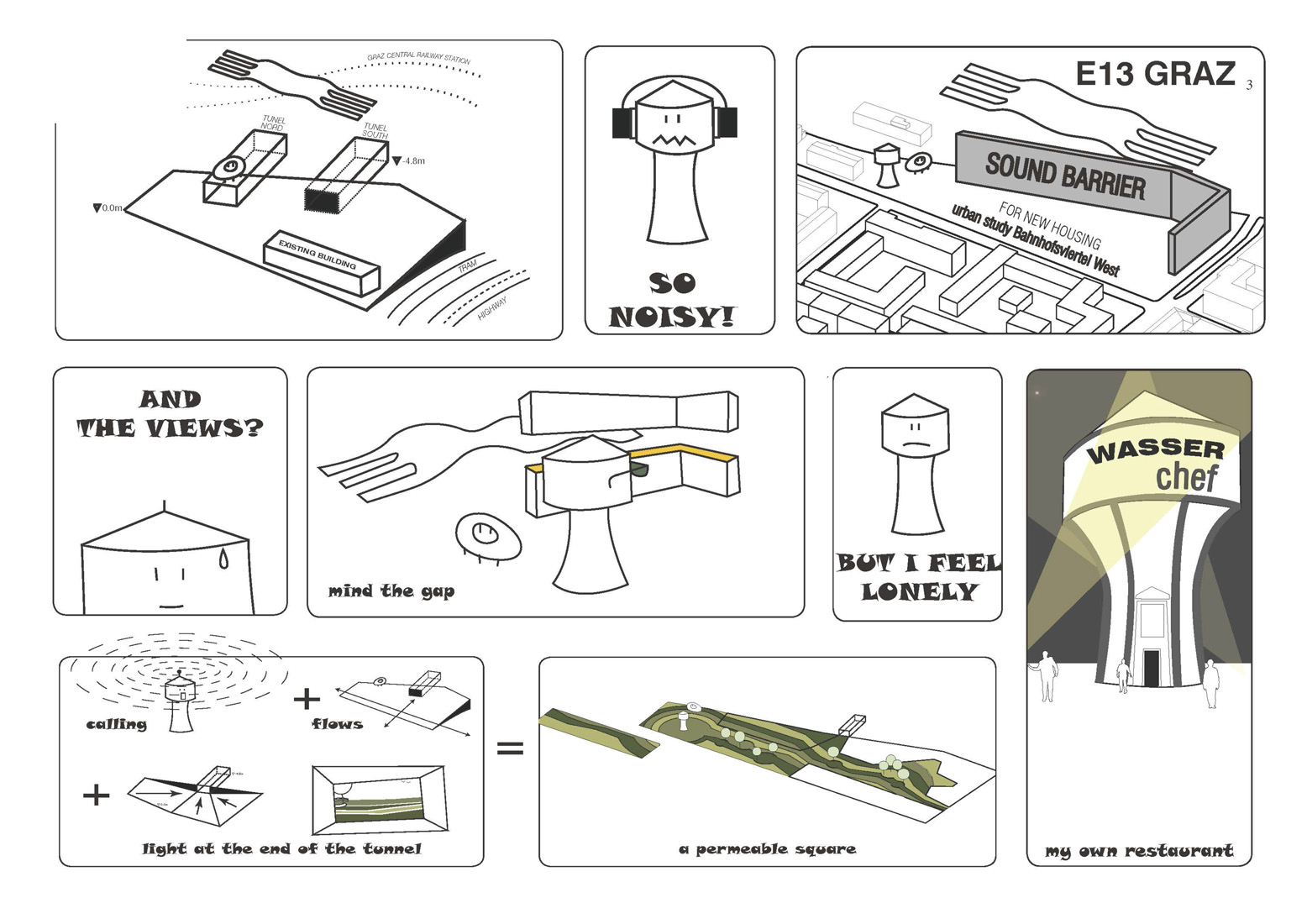 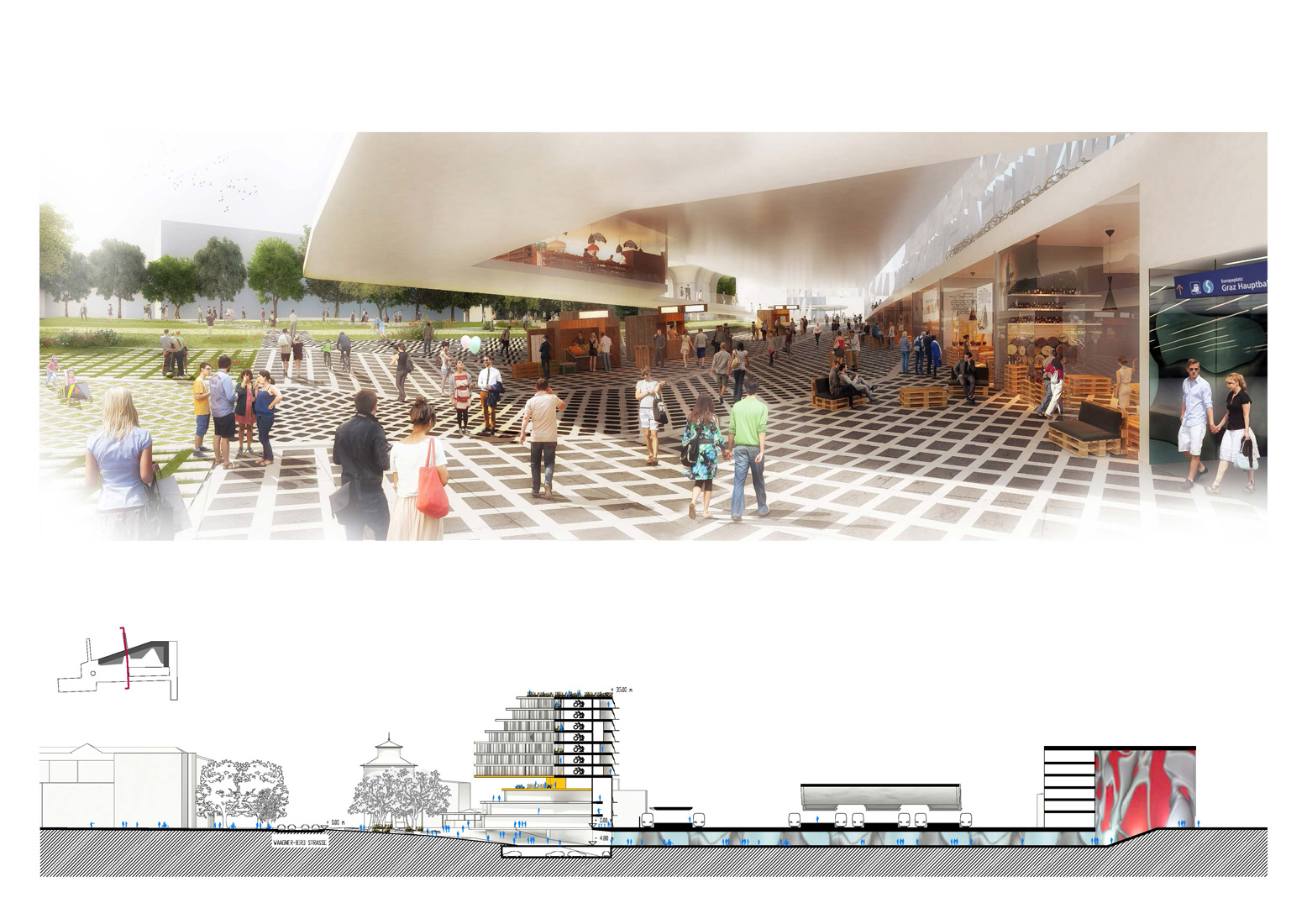 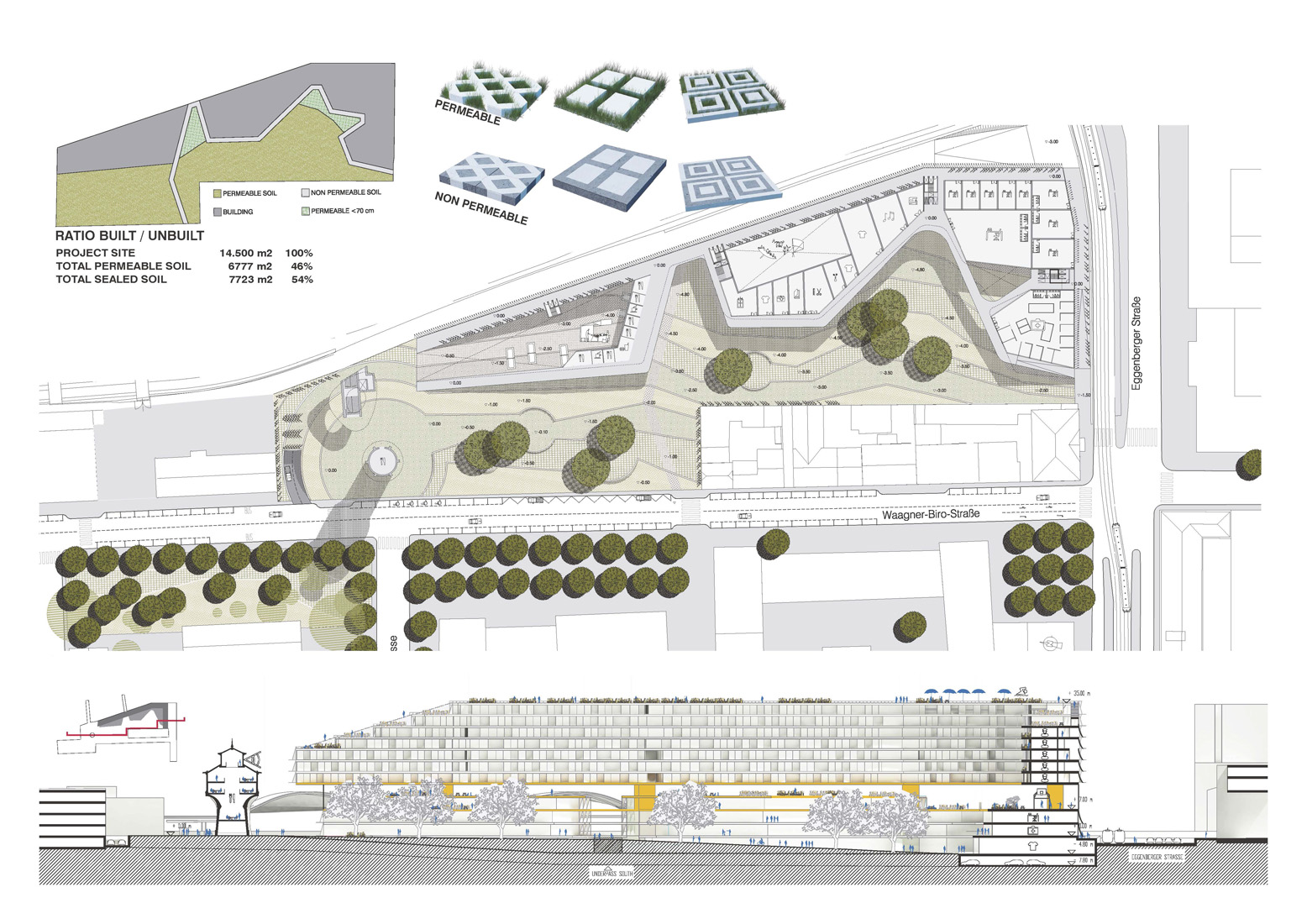 The site sits right next to the train lines and Graz central station. The propossal is a curtain to the tracks, a showcase to the new Graz. The site separates two worlds: the façade to the train tracks and the historic city, from the façade to the new planning and the new urban growth. It is a barrier, a transition, a landmark, an emblem and two façades. Two different façades in a longitudinal building along the train tracks. To integrate the new exit of the South tunnel we opted for a plaza at a height that opens the tunnel.

This was the trigger for the ramp plaza that bridges the gap from the street, emphasising the presence of the Wasserturm and creating a public space between our building and the existing ones. The building has a commercial and office basement followed by a Playground in the void with two free floors separating it from the residential one. To avoid noise pollution, the houses face only the interior, protected by a succession of program layers, parallel to the edge of the station, the loom façade, the corridor, the common programs and the wet rooms.