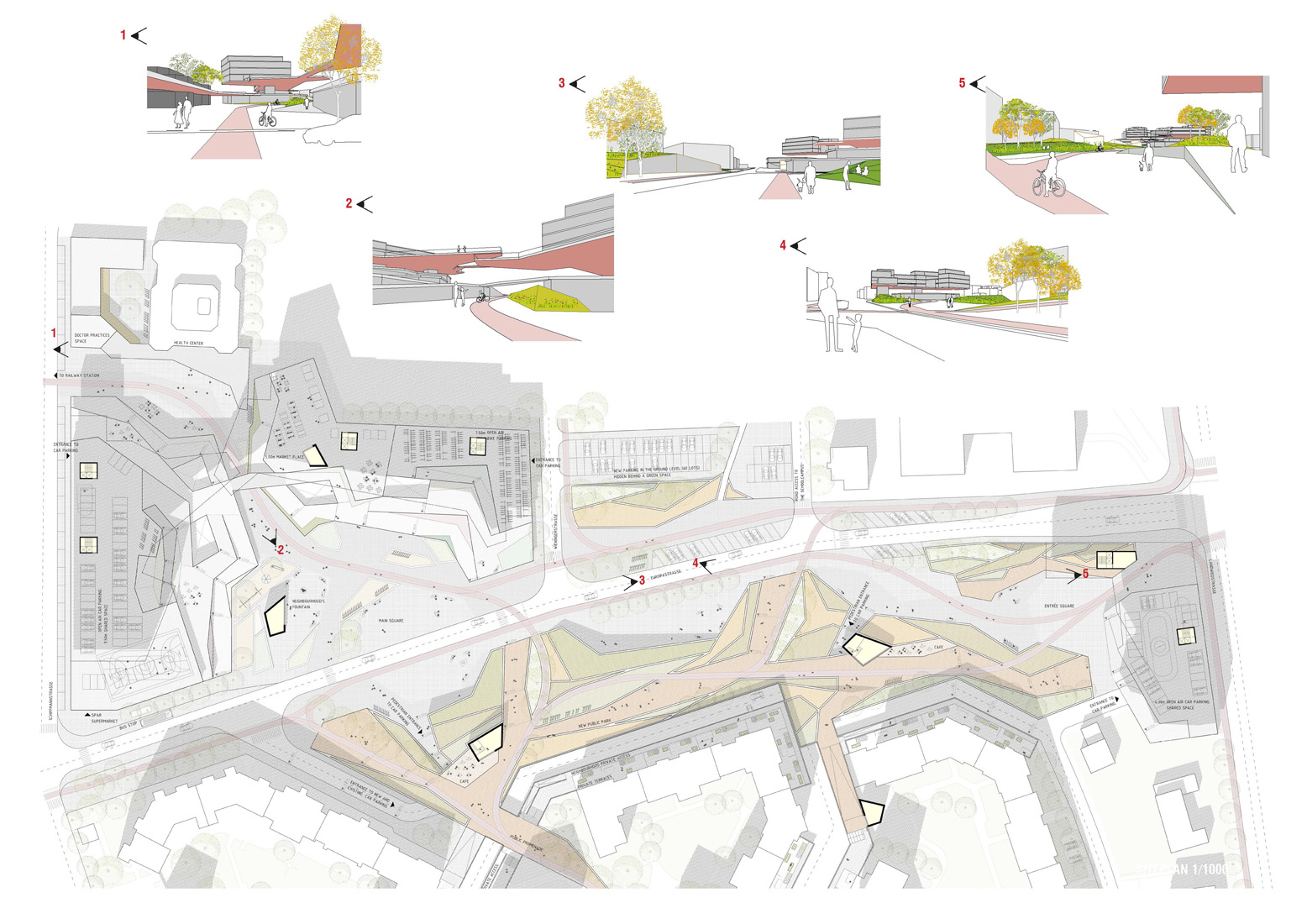 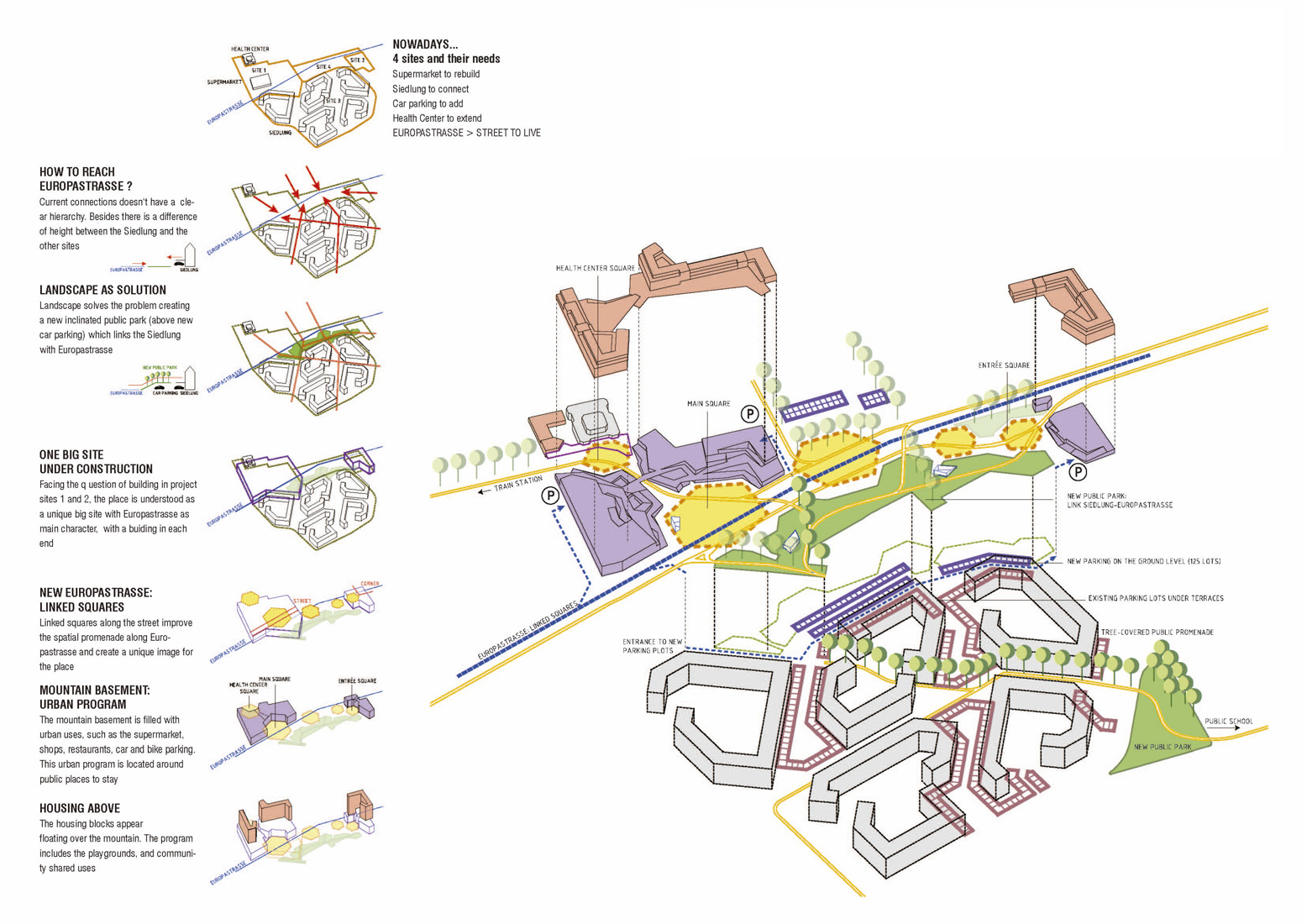 The Siedlung, built as an isolated building in its day, needs a greater connection with its surroundings, becoming the epicenter from which to start the restructuring of urban space. A park that collects pedestrian and bicycle flows from the upper level, directing them towards the cross streets. Under this new fluidity of routes, the expansion of the parking area was housed.

To humanise the city, a series of squares linked to the most important at the extremes are proposed. Around these, artificial topographies are generated which house the parking lot and the more urban uses of supermarkets, shops and restaurants. Floating over these are the / housing blocks /, trays that house private uses, with play areas and common spaces that have their independent entrances.