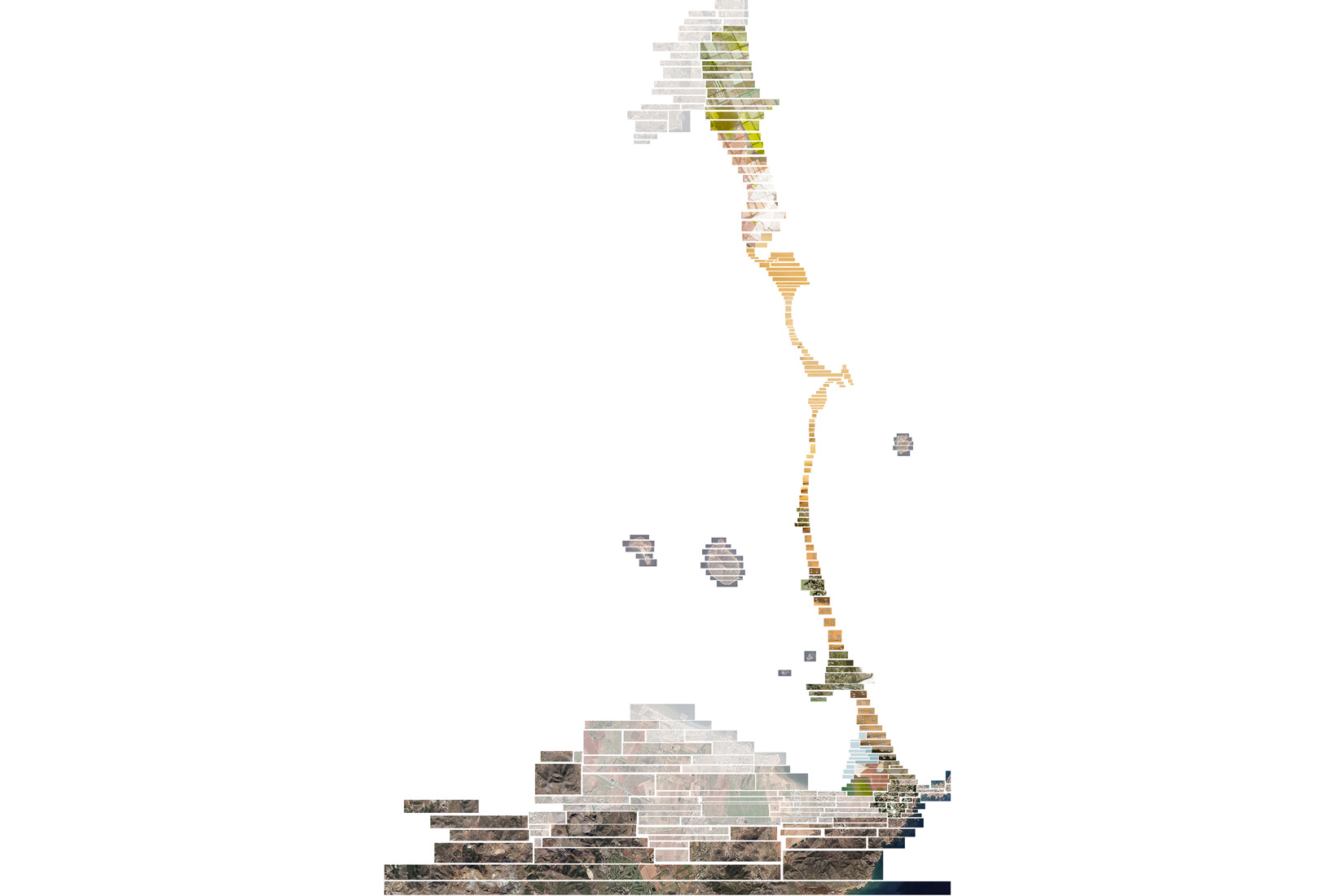 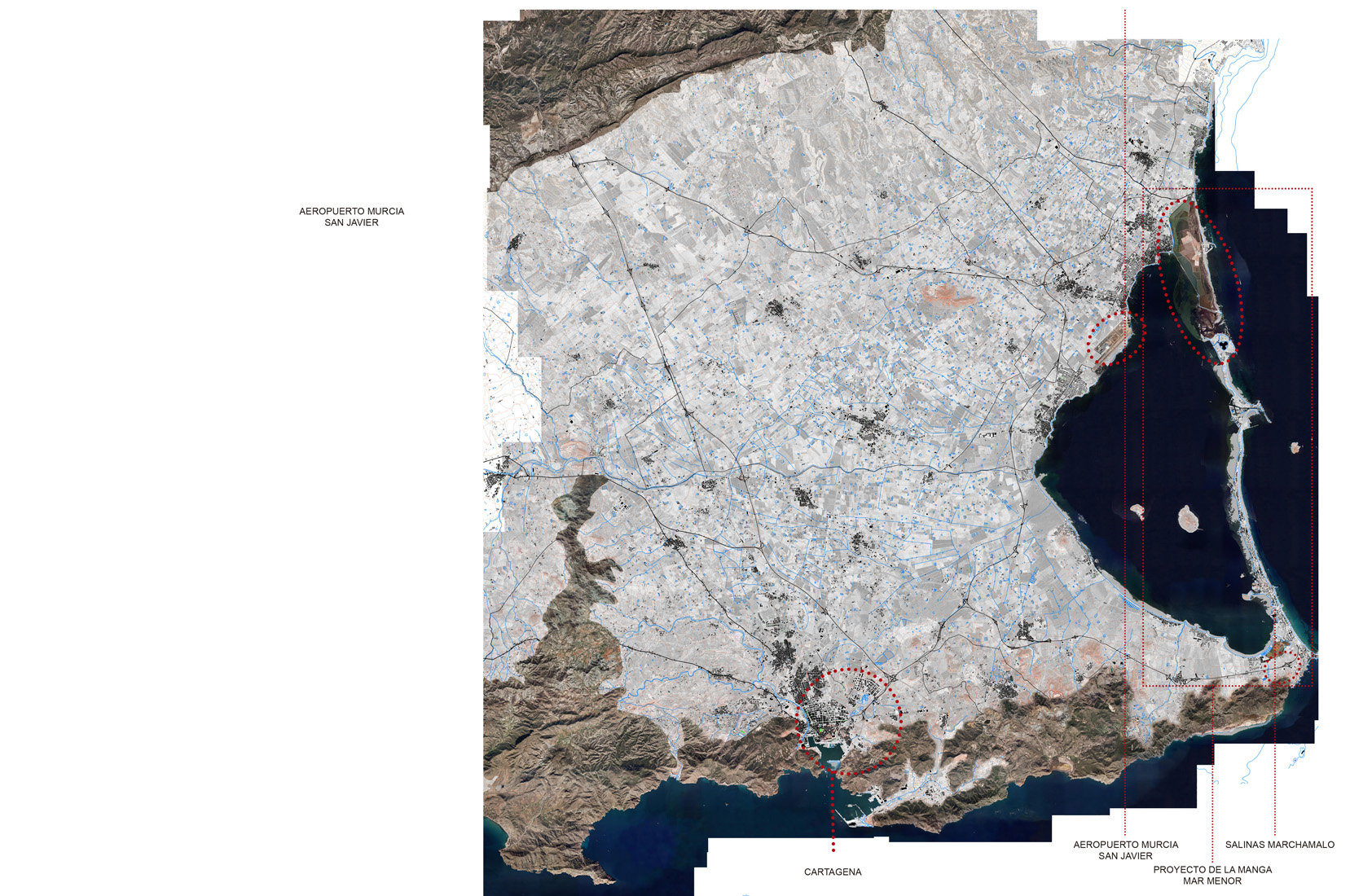 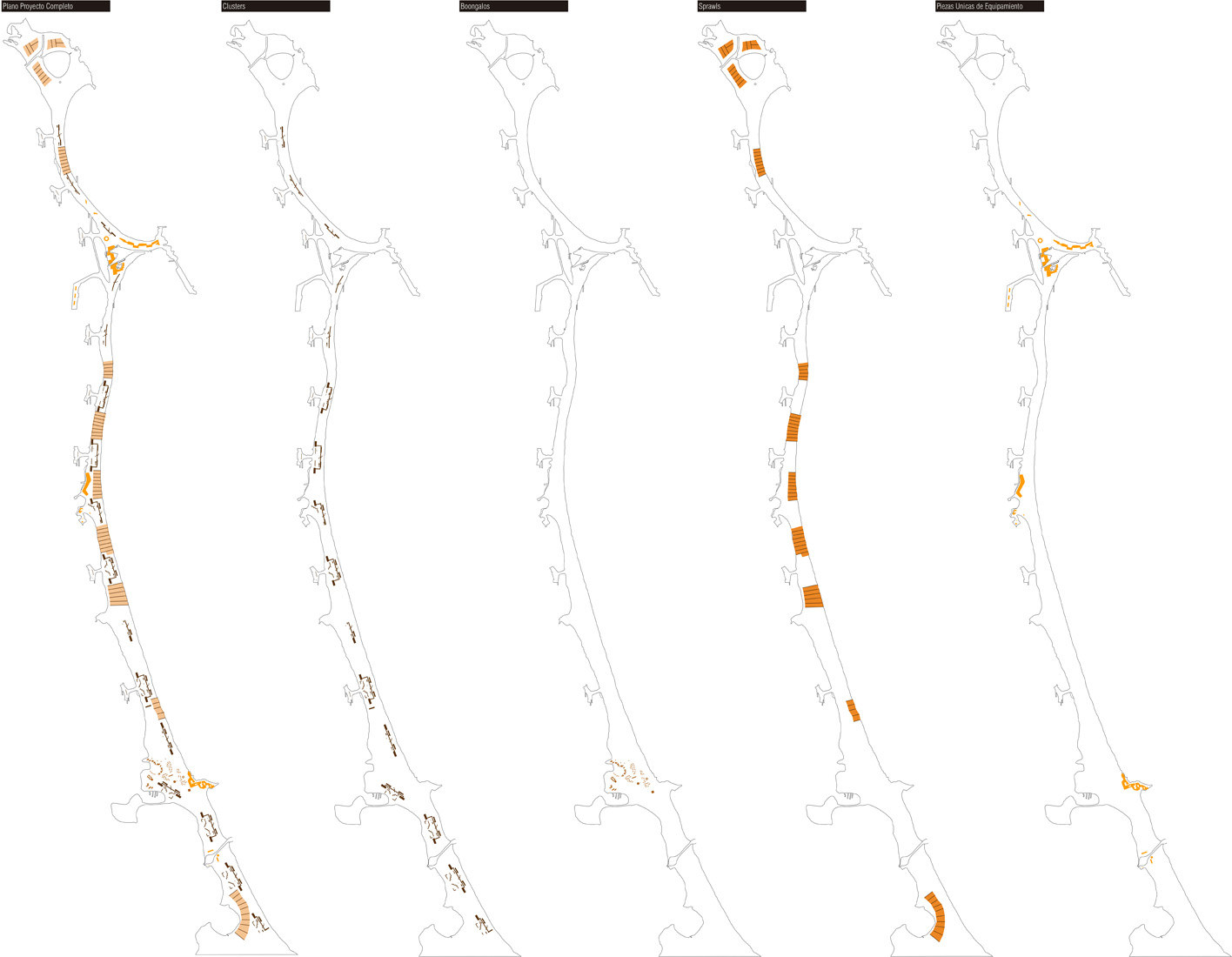 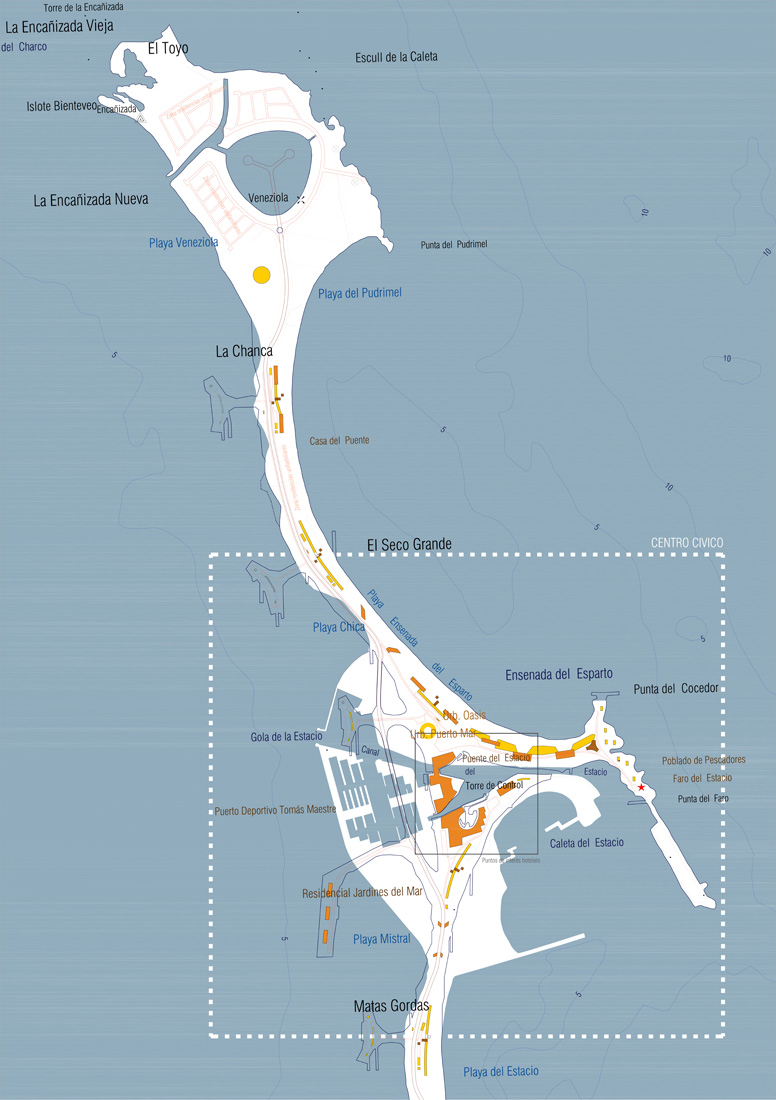 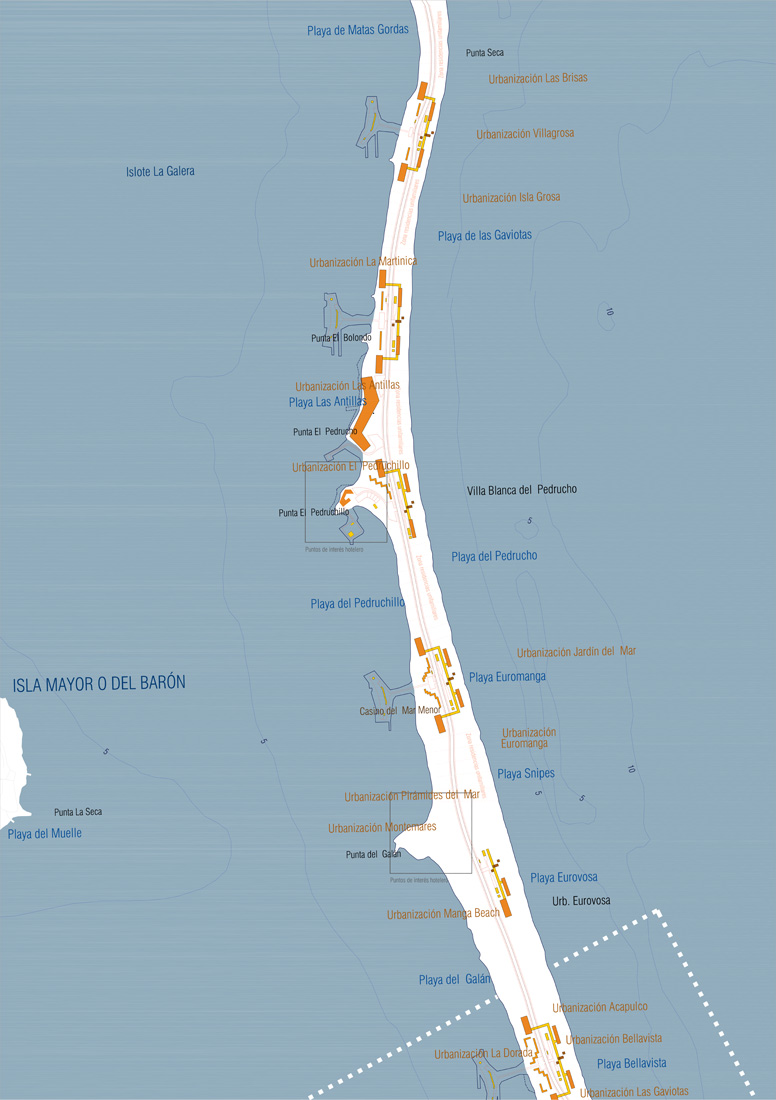 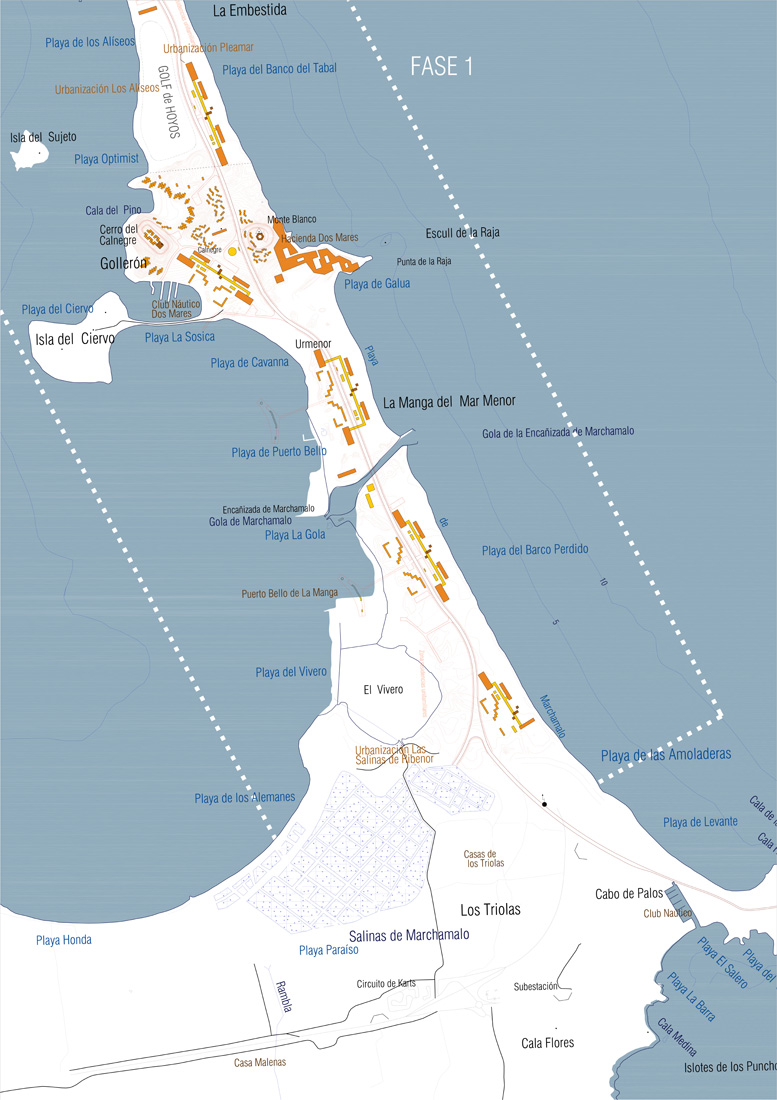 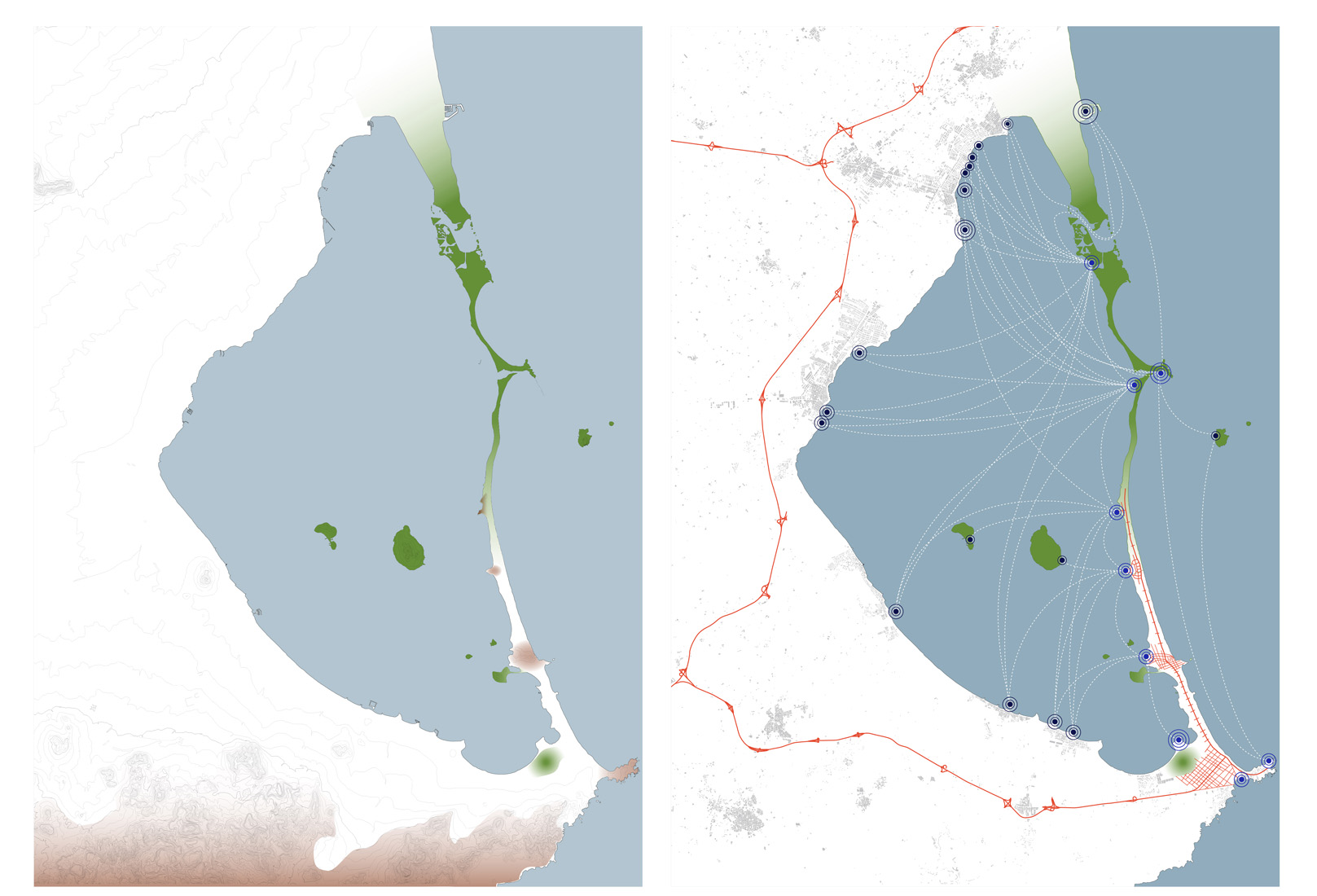 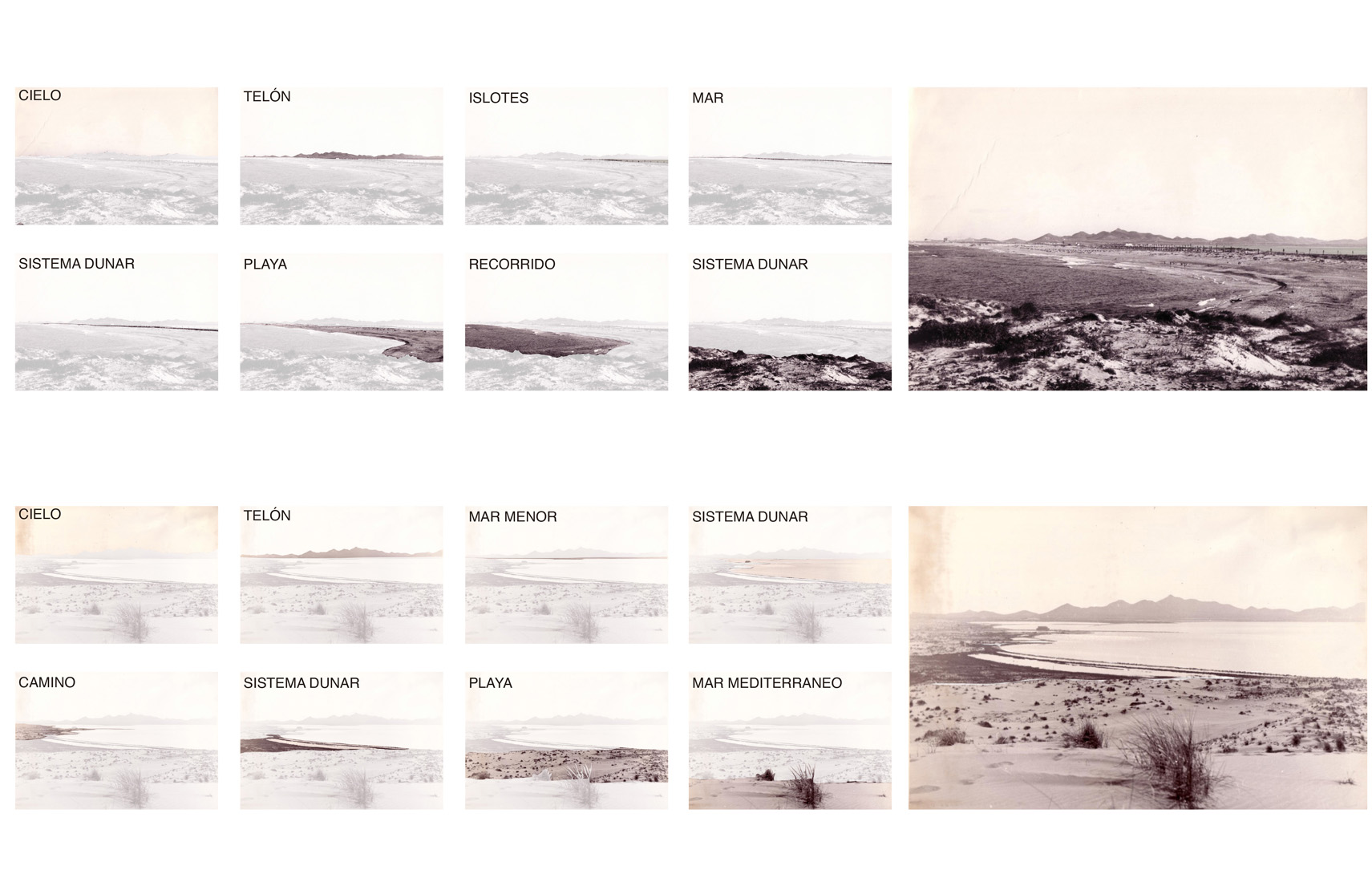 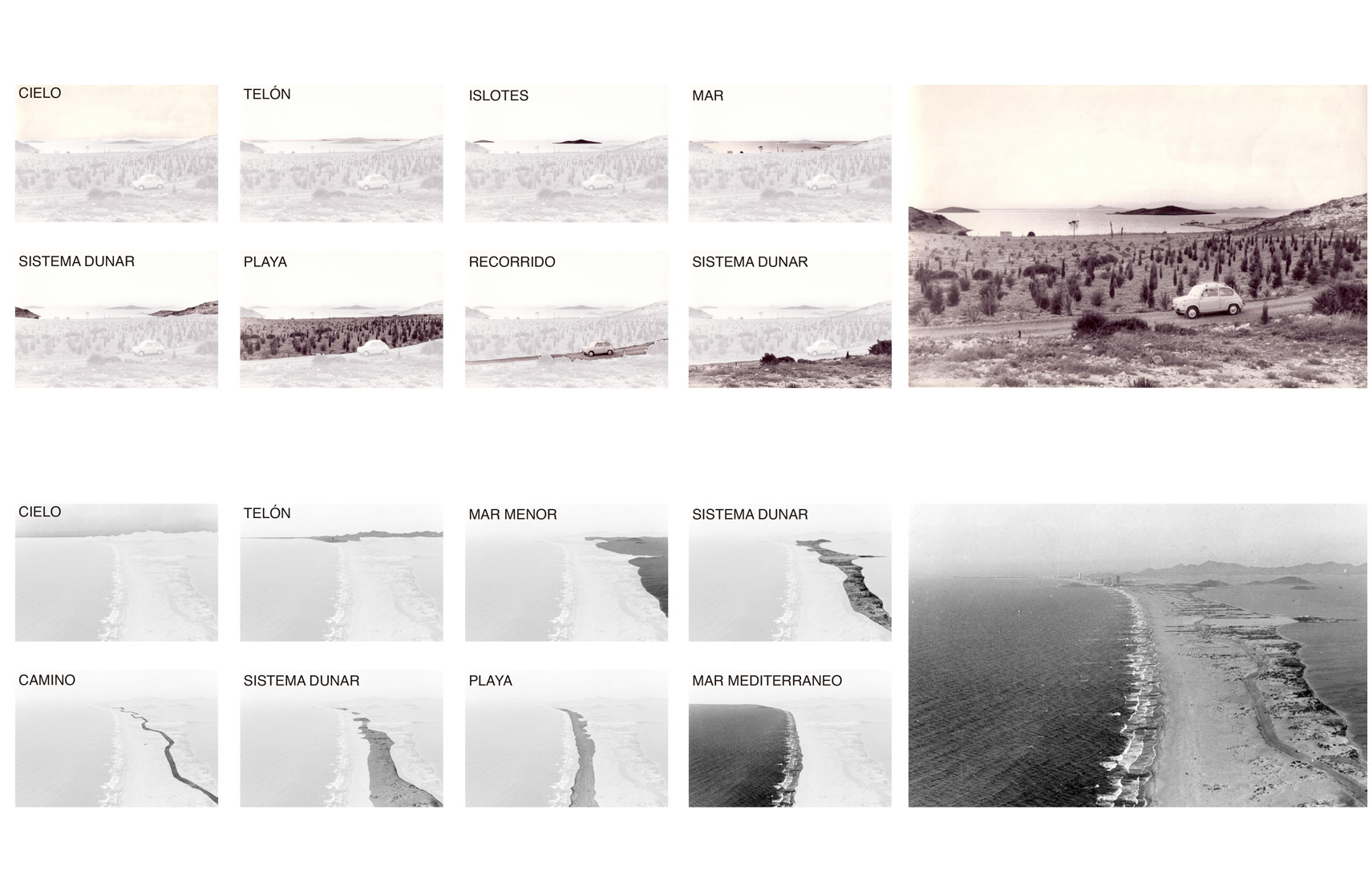 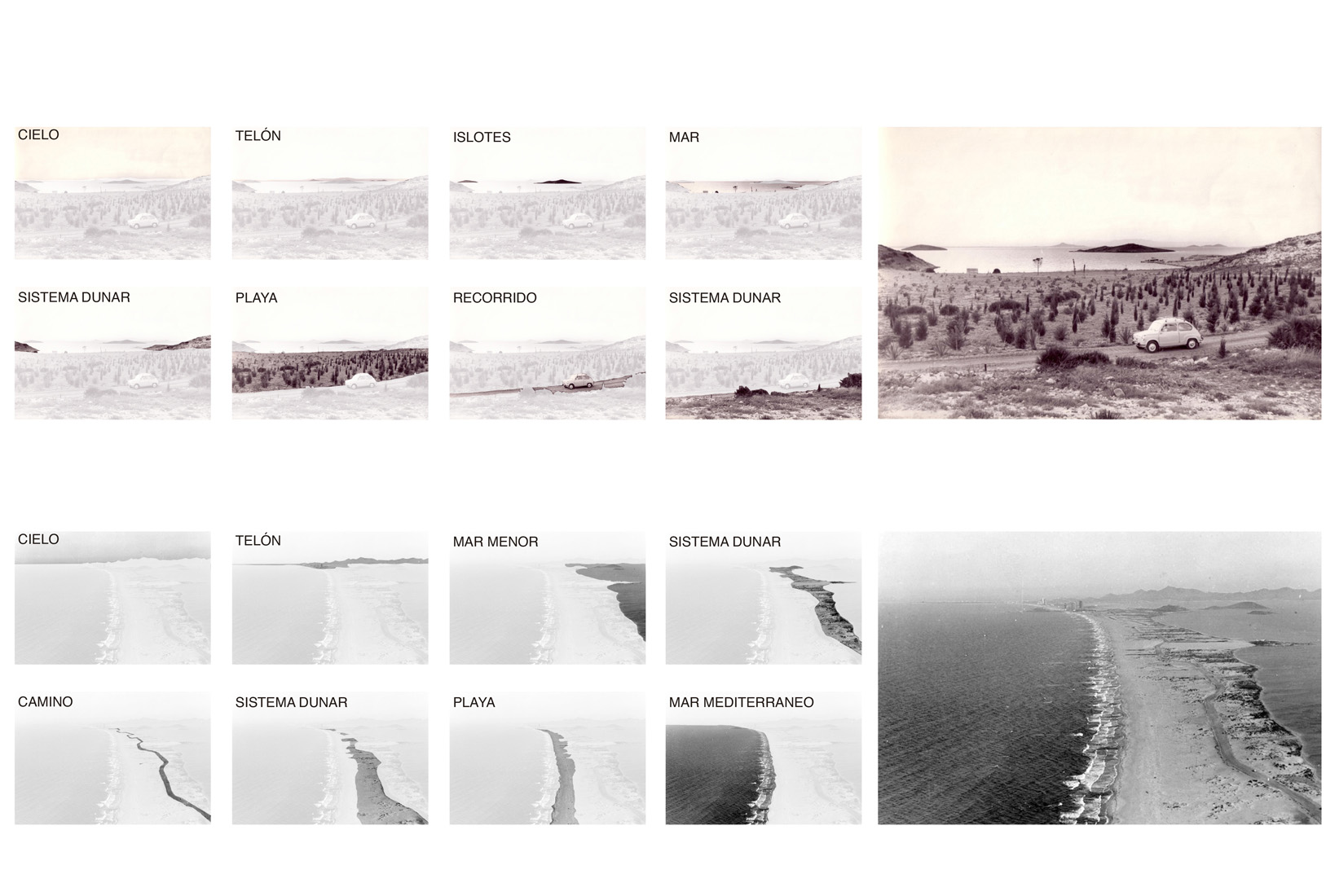 Intervention on 25 km of narrow coastal cordon of land, which connects the Salinas de San Pedro del Pinatar to the north, with the population of Cabo de Palos to the south. It is a strip of 700 m maximum and a minimum width of 80 m, which acts as a barrier between the Mediterranean Sea and the 170 km2 of the Mar Menor. With an average depth of 5 m of salt water and a privileged climate, which makes it idyllic conditions for water sports. A precious tourist enclave between two seas, two temperatures, two salinities. The original landscape of La Manga is structured in defined longitudinal strips between its two seas, the beaches, the dune system and a central access line that connected the salt flats. Its marked horizontality emphasises any vertical element, highlighting the backdrop of the southern mountain range, the islets and their micro-topographies. This fragility, both ecological and perceptive of the place, requires a special sensitivity in the intrusion of foreign elements, which need a structure for their arrangement and relationship of the tourist pieces to each other. It is proposed to understand a land project versus a bar project with a complementary offer of uses around the edge of the Mar Menor. Making a gradient of territorial intensities according to population density, accessibility and infrastructure, value and fragility of the landscape and tourist offer. The rhythms of the built landscape are inversely proportional to its values and deny a constant occupation, marking the territory as a landmark, with a clear reading of its use and occupation vocation. The accessibility to the territory relies on aquatic mobility and the external road that serves the populations linked by a good public transport system.