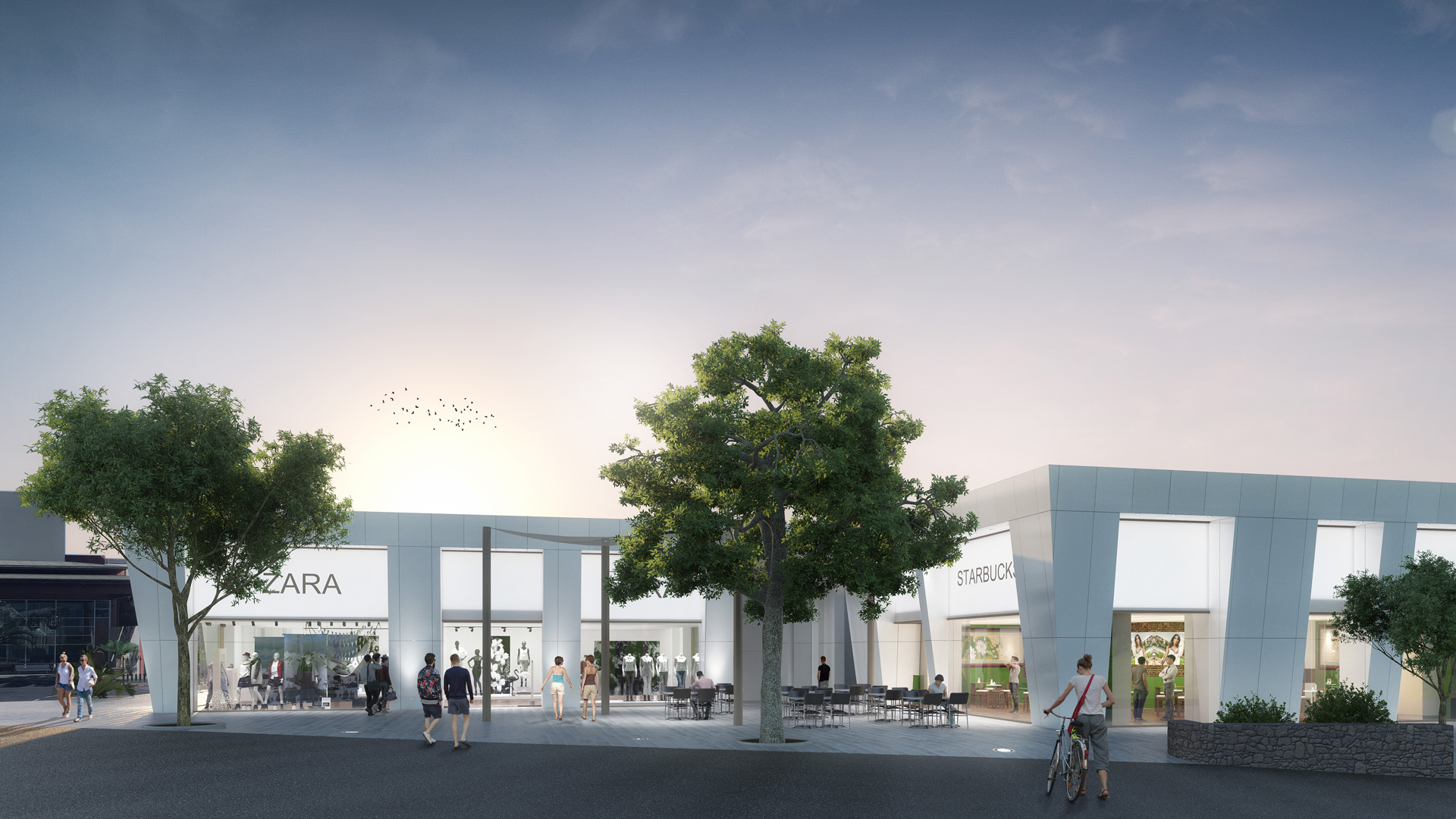 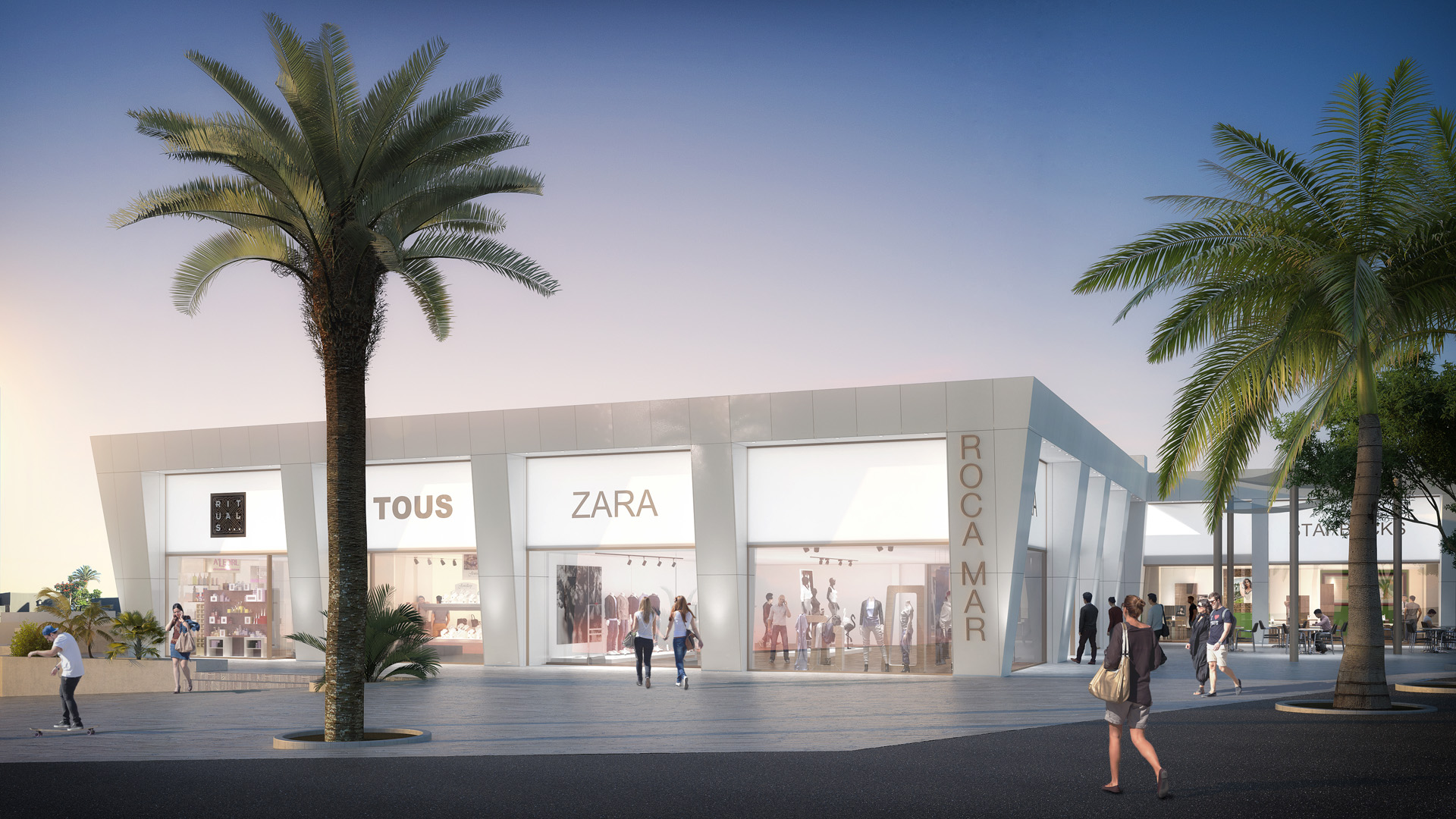 Intervention to activate a Shopping Center enhancing its presence towards the street. At night, the building went unnoticed due to the absence of advertising lighting to encourage consumption. The small scale of the building did not allow to have large showcases indispensable for commercial use. In addition, a large opaque pergola facing north, prevented the arrival of natural light and hid the building under it.

On the other hand, a series of obstacles such as street furniture, flower beds and vegetation, made access to the stores difficult. And, to the deterioration that the shopping center had suffered, we must add the solar panels that were later placed on the roof, deteriorating its image. Thus, we started by cleaning all these elements that clouded the image, leaving only the essential. Treat the façade as if it were a large mask that covers the facilities and is grandiose towards the street. To increase the size of the windows, we unify the large glass panels that make up the window itself and the upper part where we place the backlit brand name.

To emphasise the sense of expansion to the outside, the façade leans forward, hiding behind it the existing pilasters that have nothing to do with its renewed image. A pure white volume in the light seen from everywhere. In front of it, the new plaza extends into the public space with large benches from which to observe the shops in the shade of the trees. Finally, the night image is dazzling thanks to the huge backlit cloths along the entire façade.