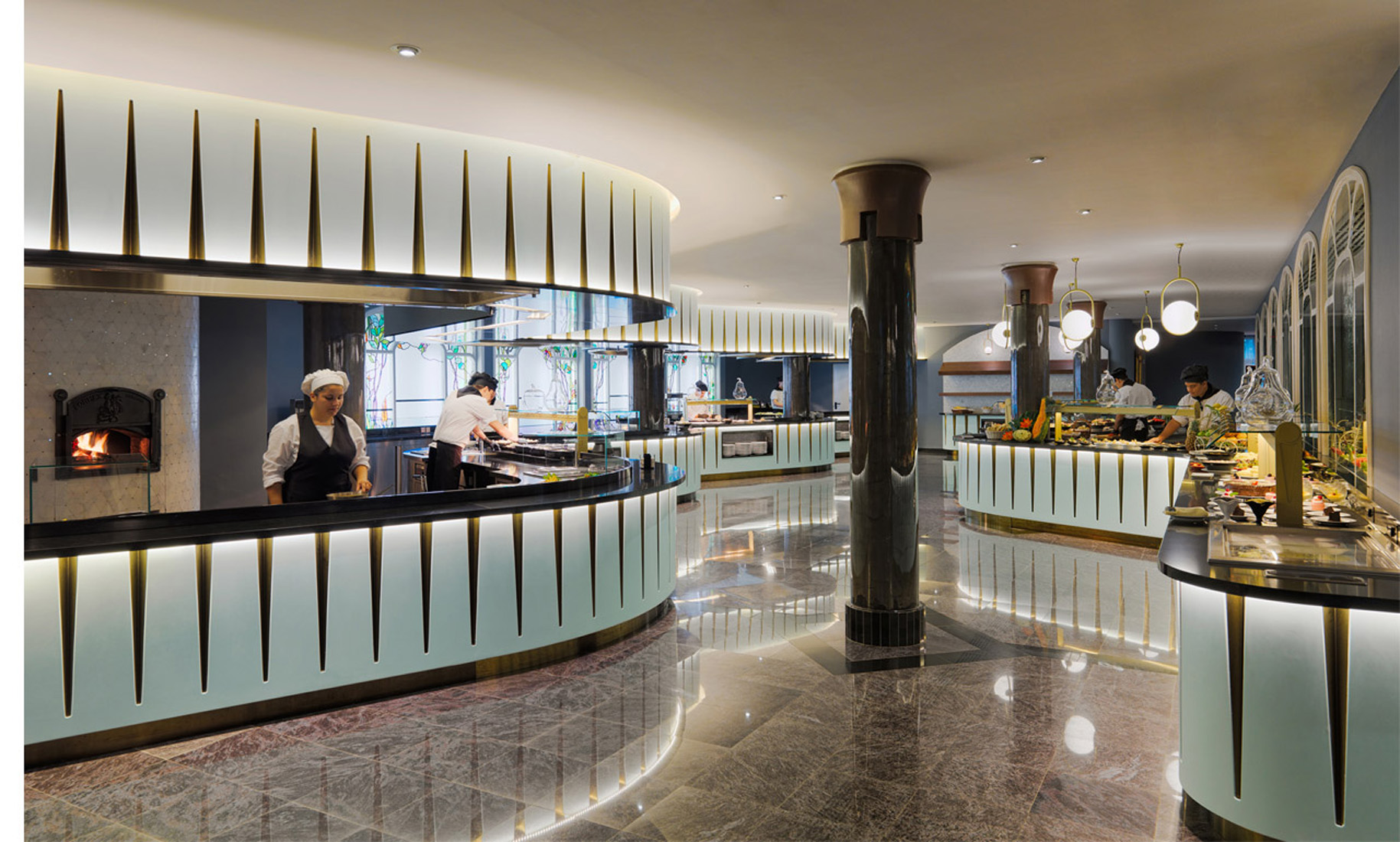 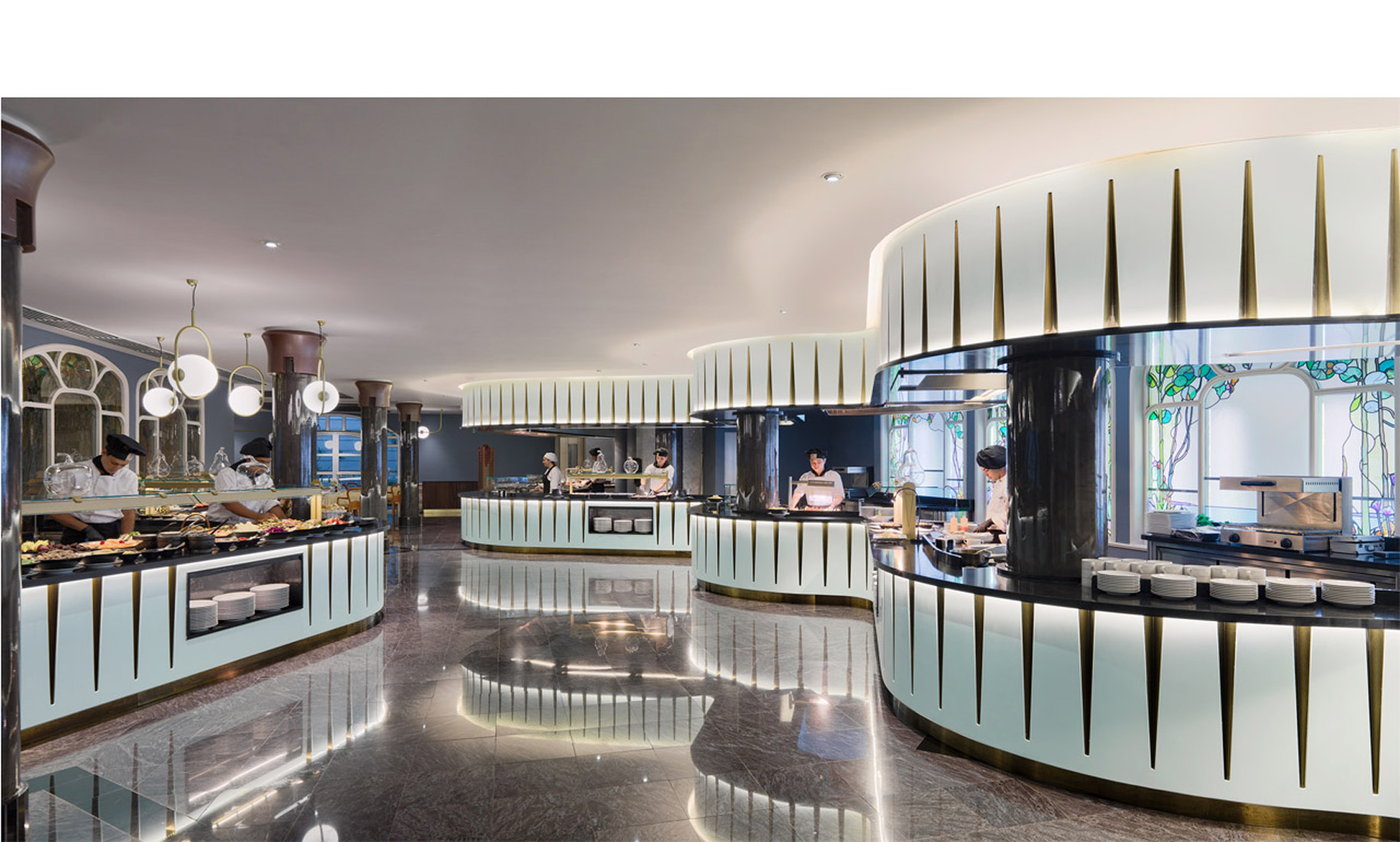 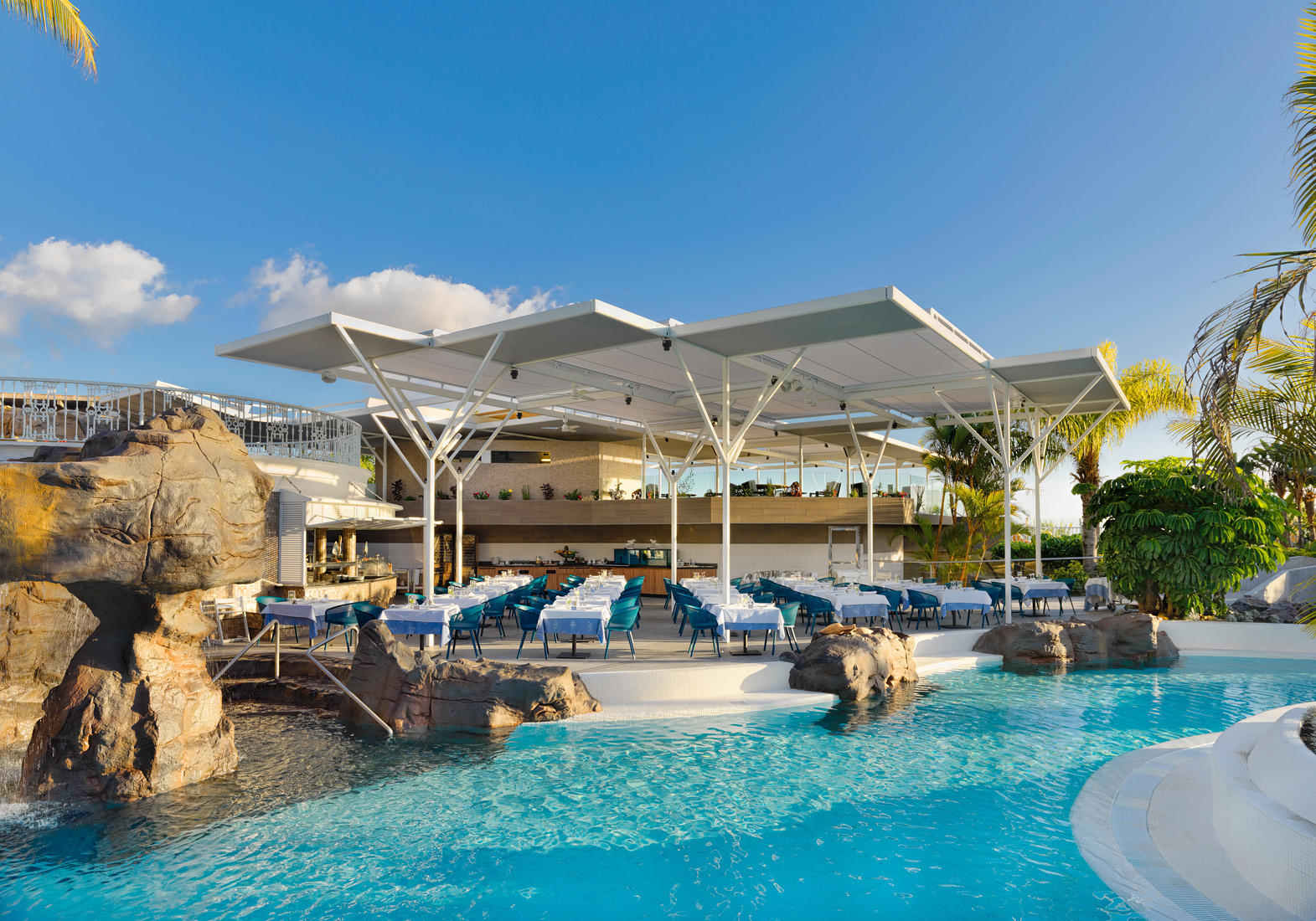 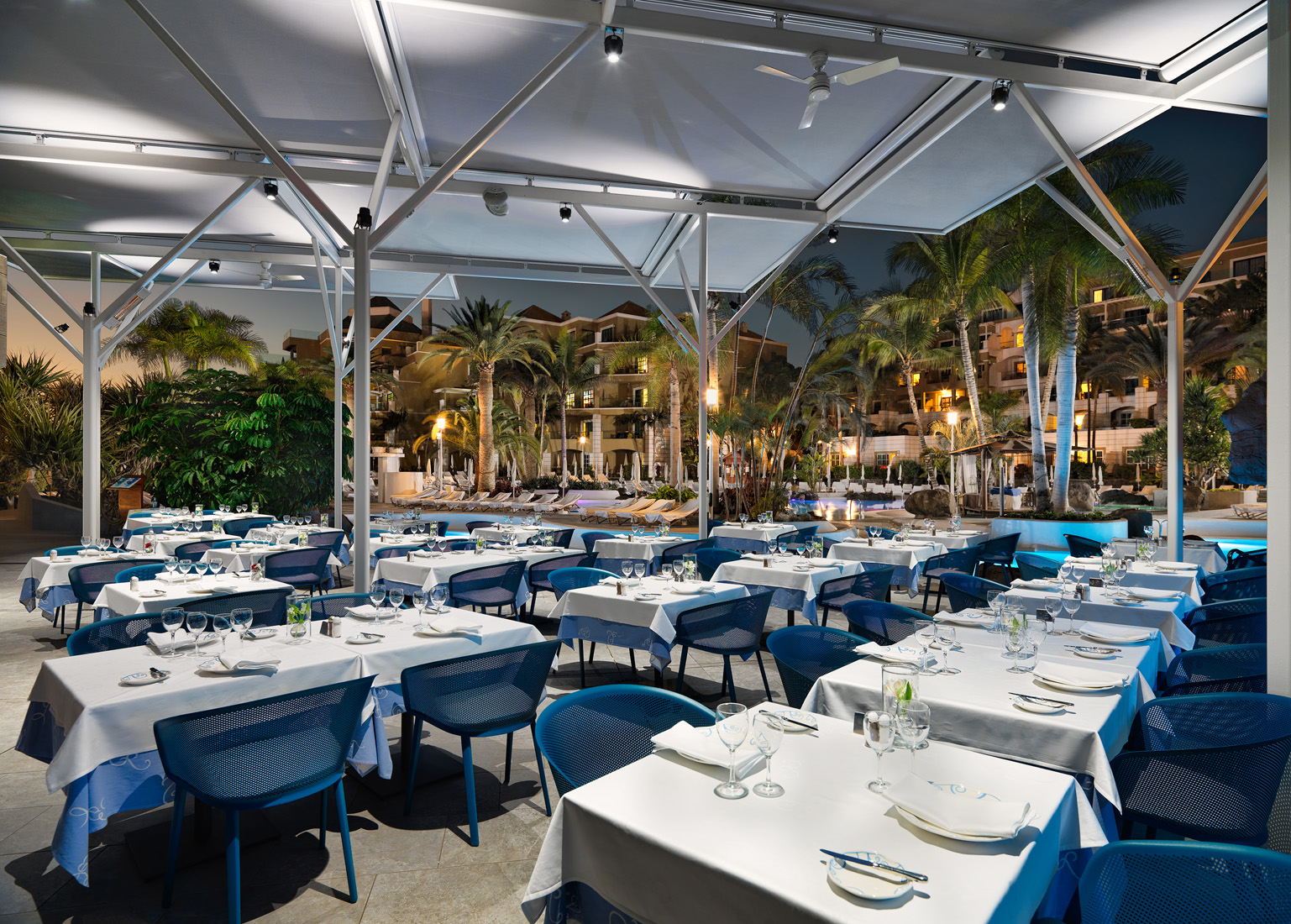 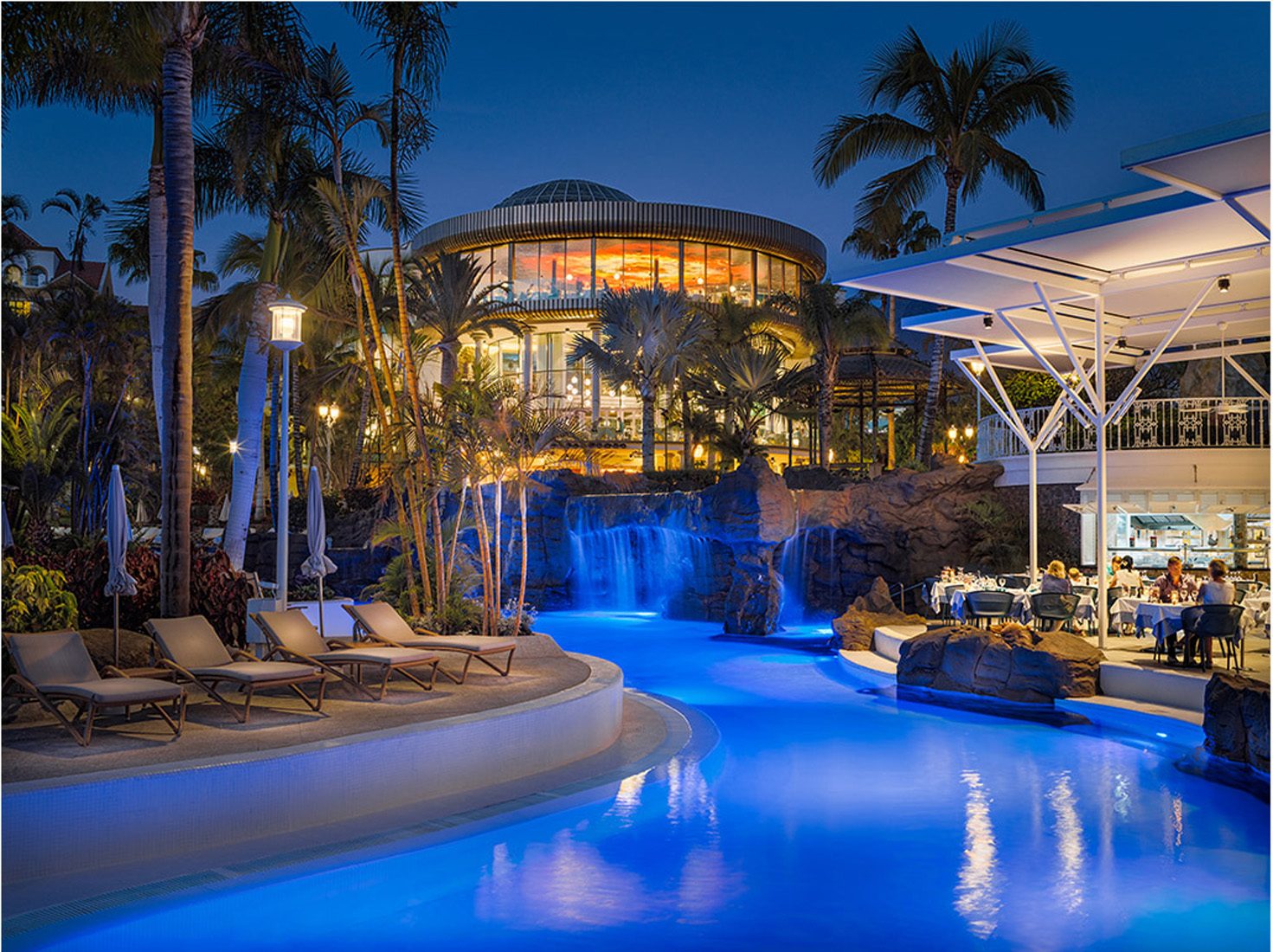 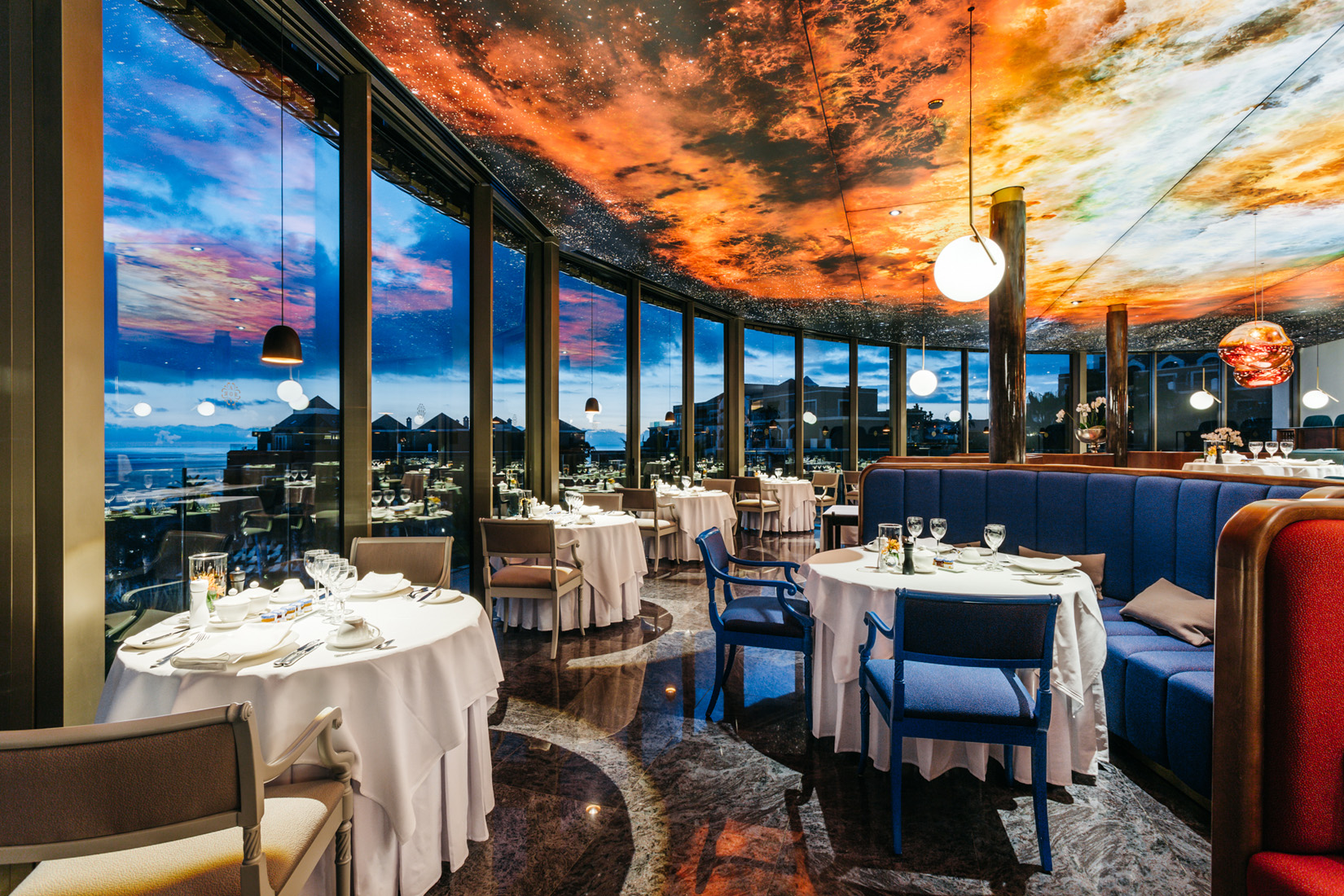 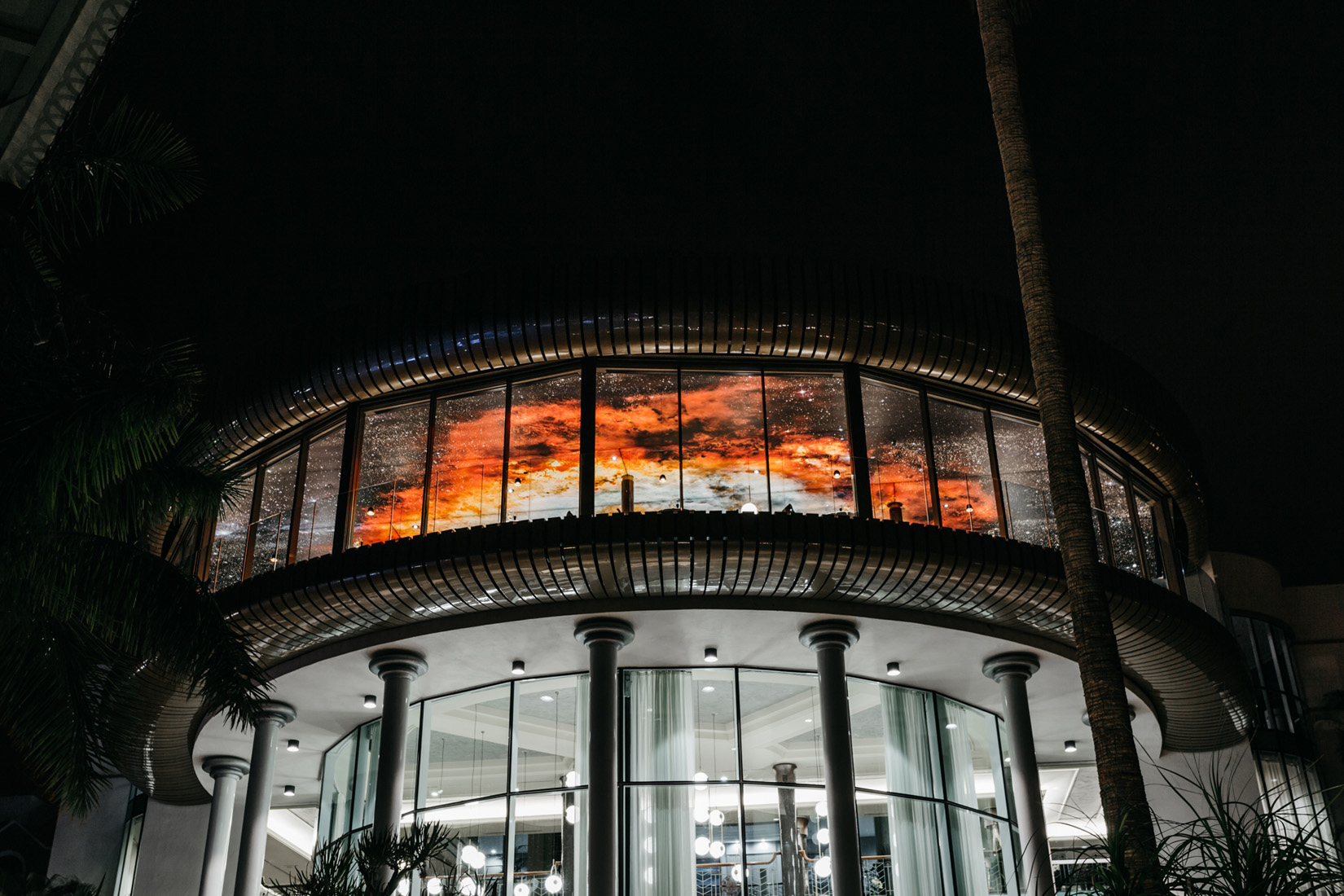 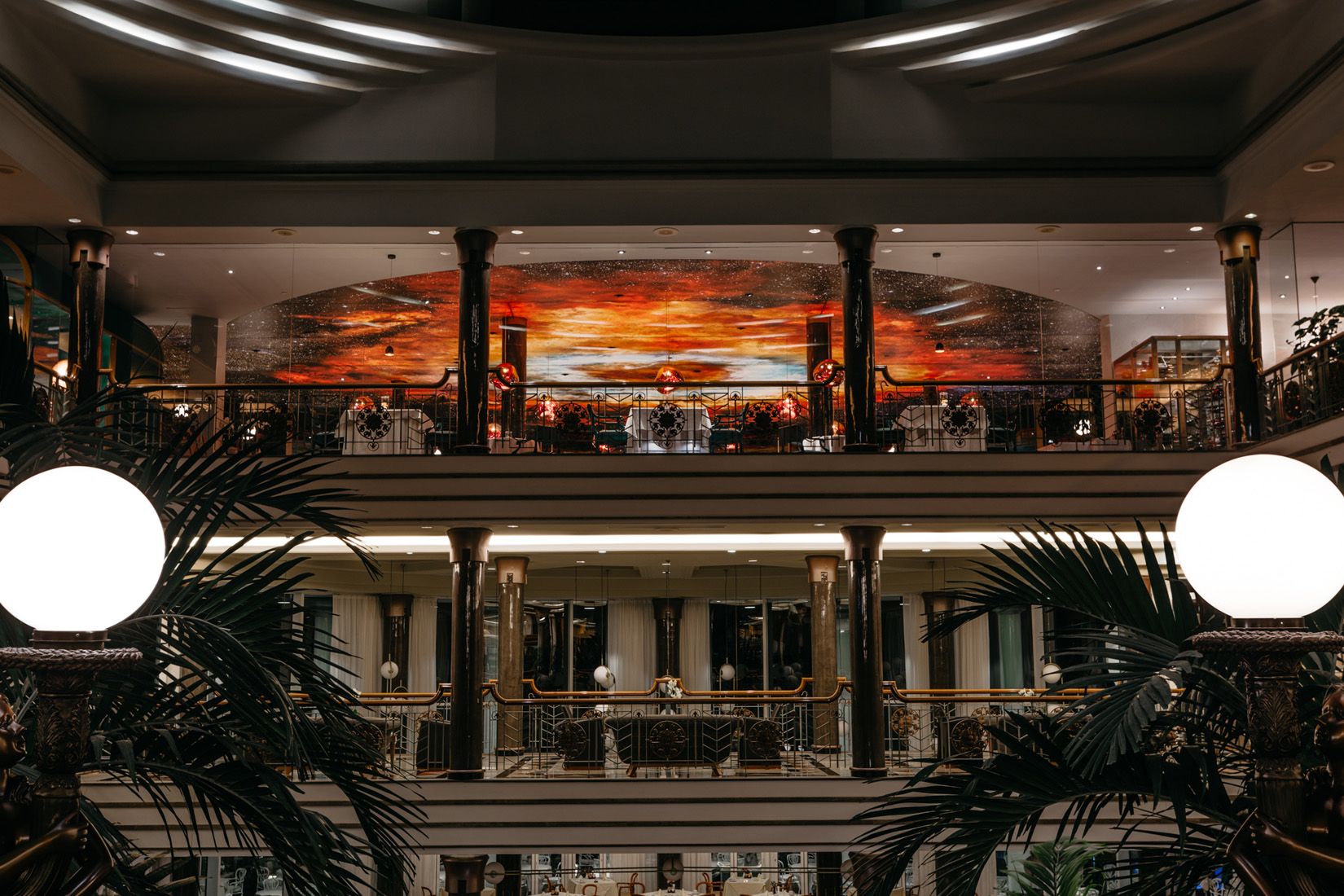 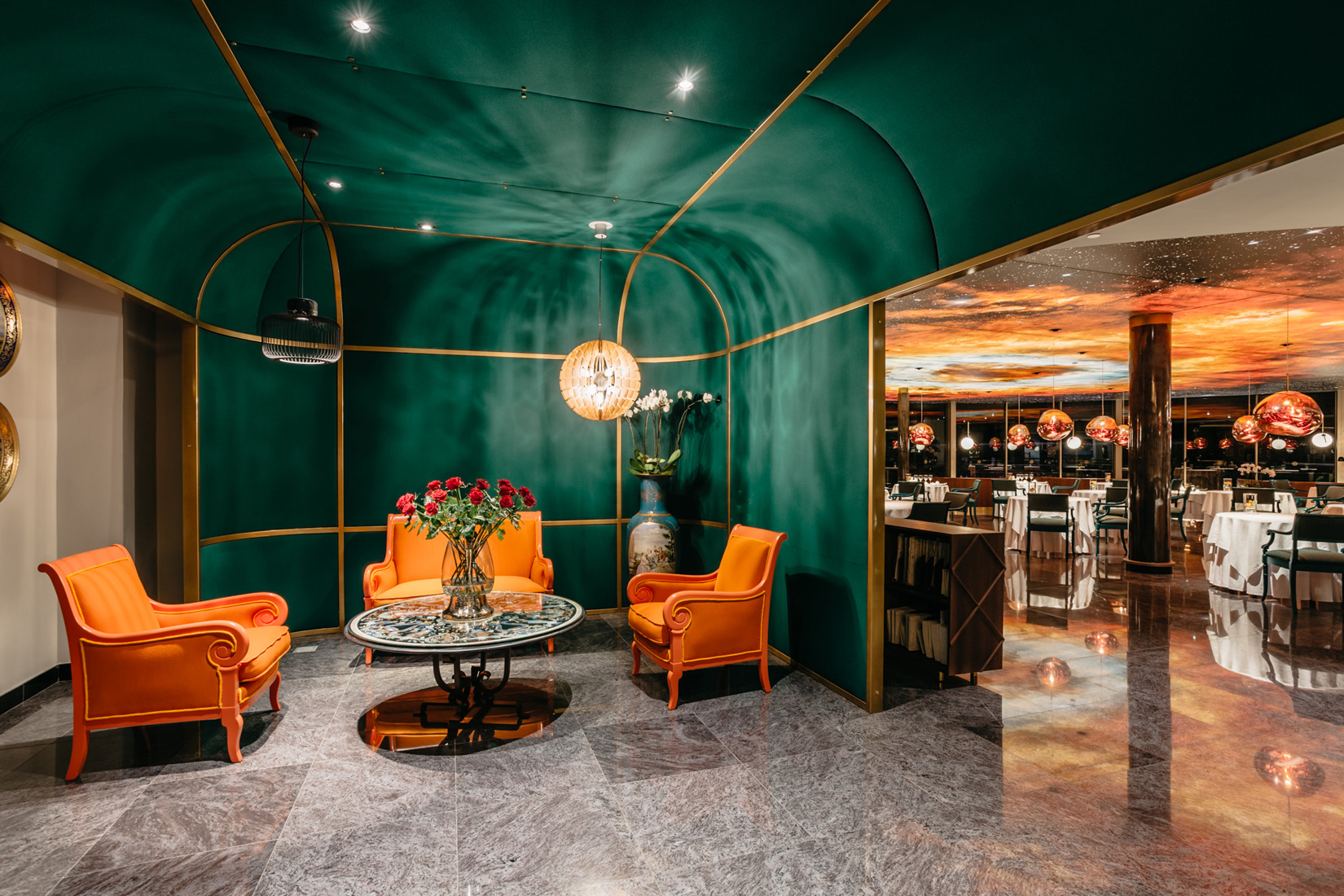 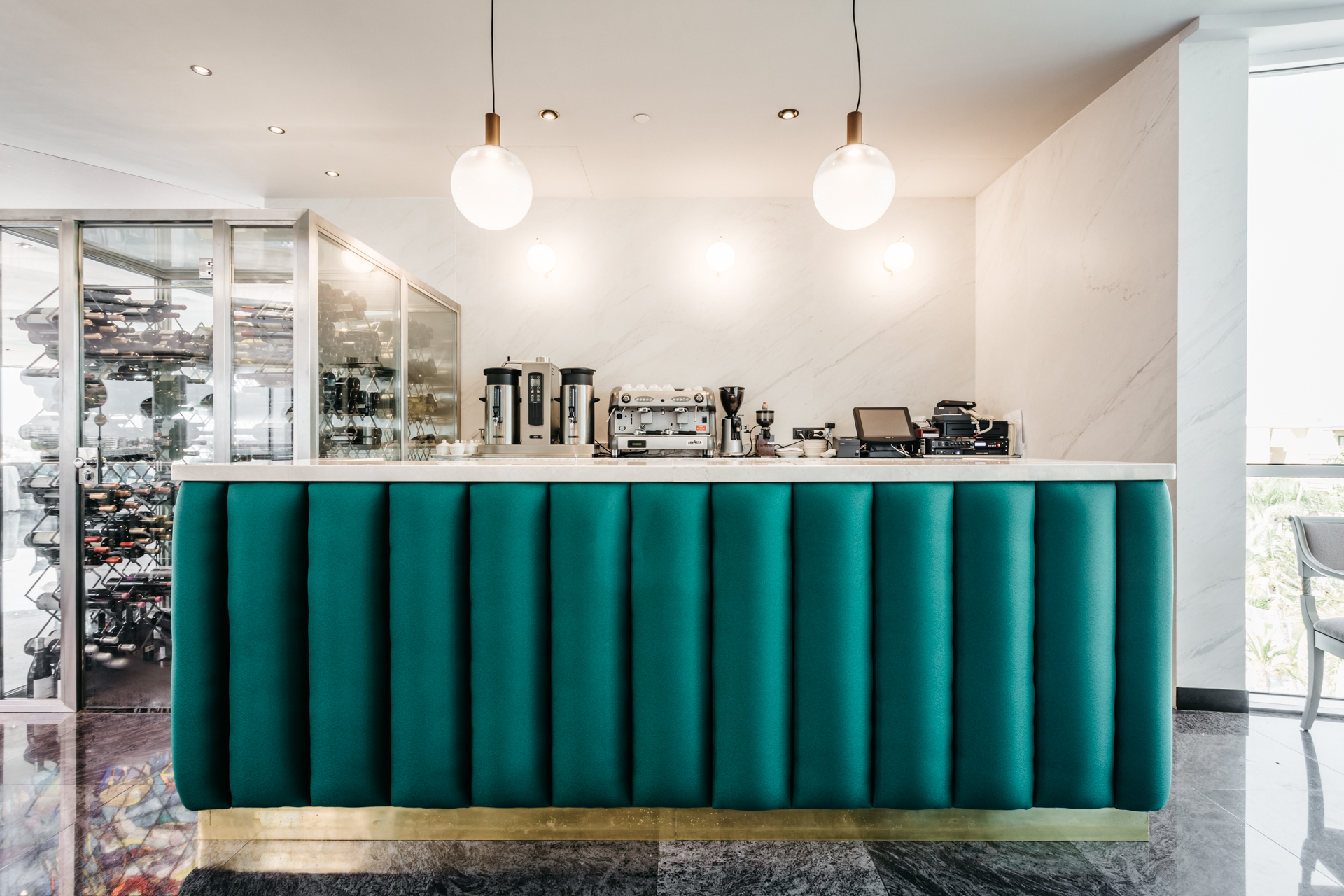 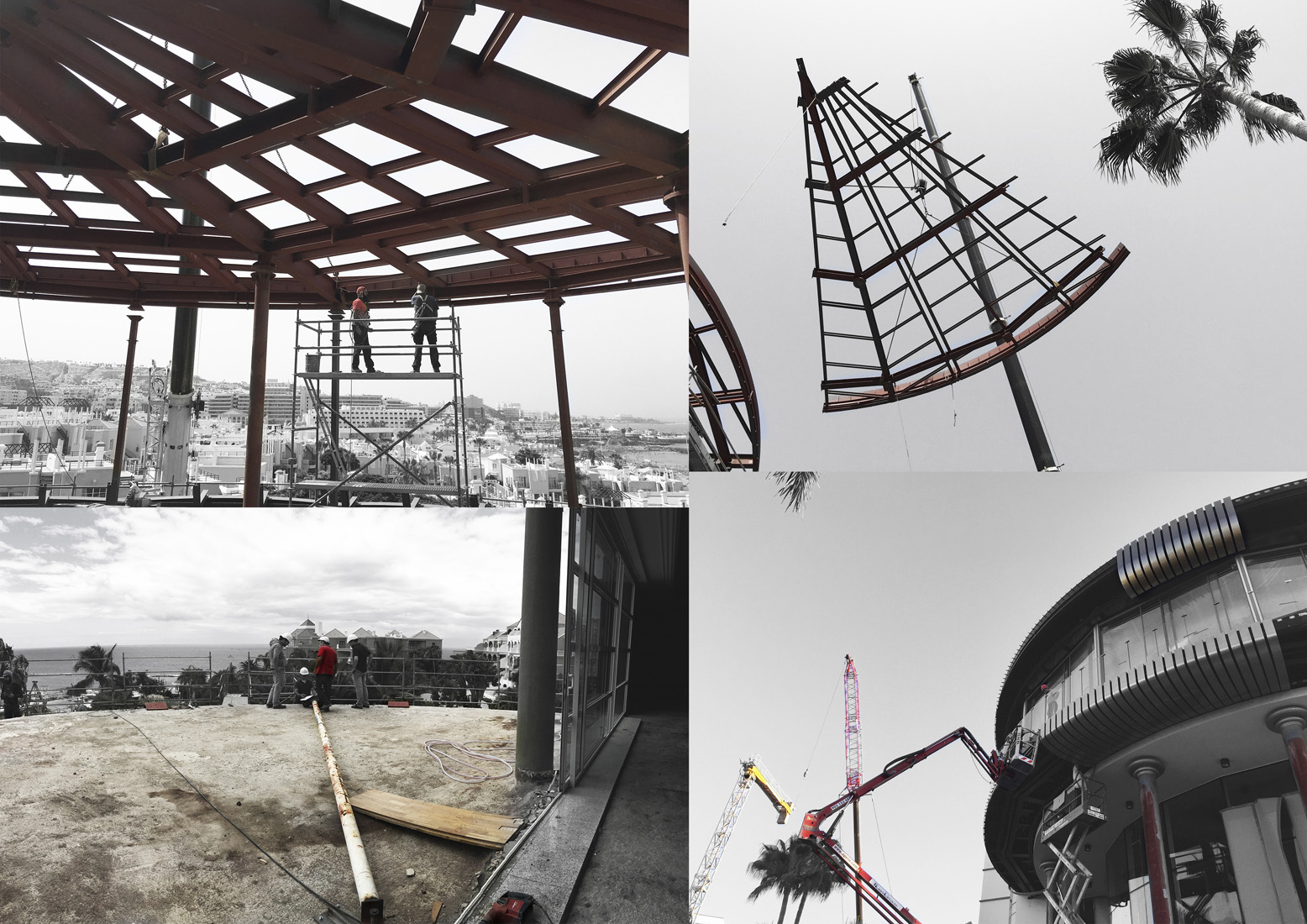 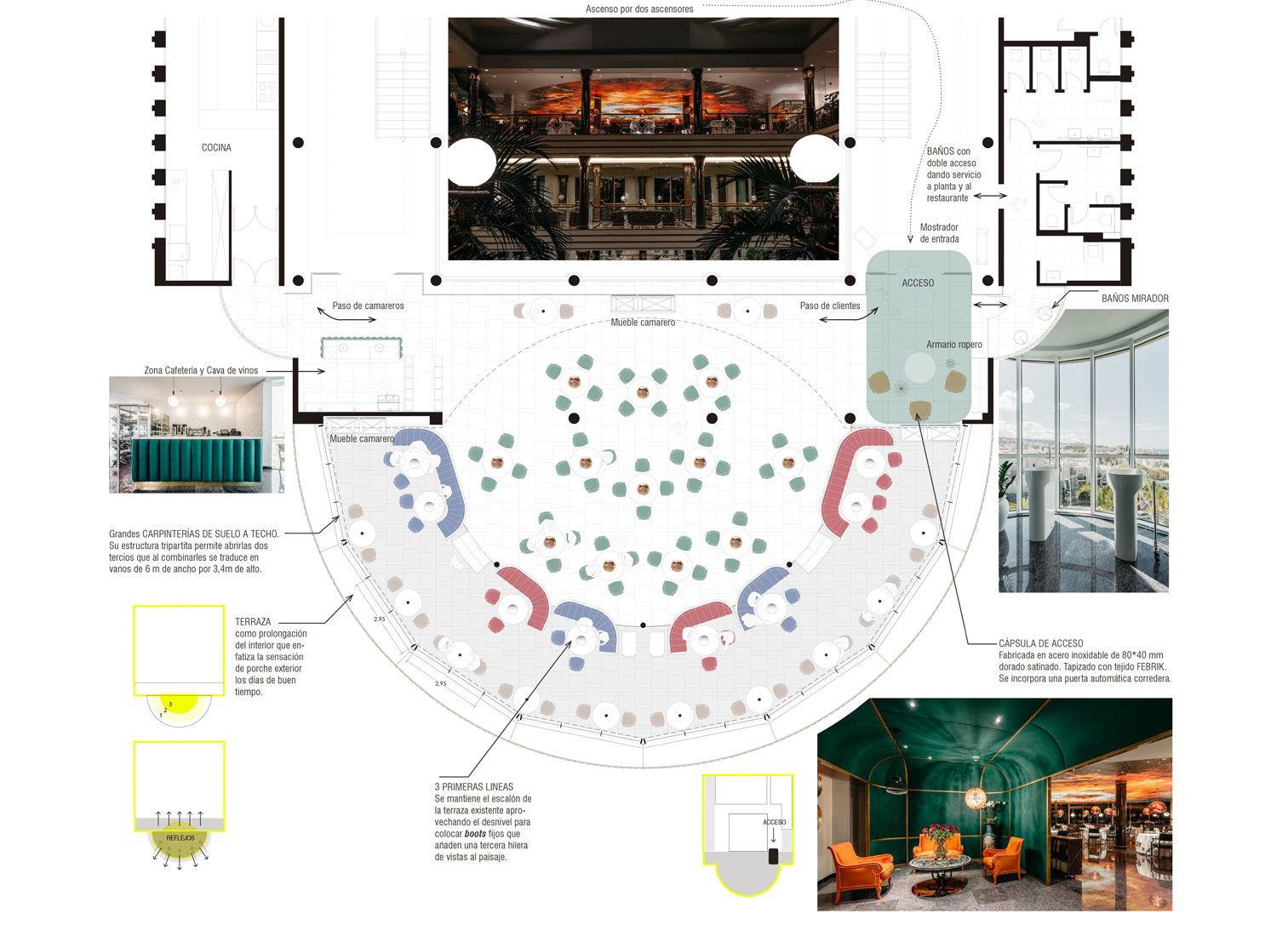 To renew the image of a hotel from the 90s on the Canary Island, south coast, we started by eliminating the superfluous and homogenising spaces. Solandra, the main buffet, is a display of the hustle and bustle of the customers that pass by, which is expressed in the dynamism of its sinuous krion shapes and the variety of spaces emphasised by light. The Cascada bar is an open-air lounge covered by large parasols that adapts like a glove and gathering its sails when the strong winds blow. And finally the La Cúpula, aspiring Michelin Star restaurant, did not enjoy a space at the height of his kitchen. At the top of the main building, there was an underused terrace with spectacular views. It was decided to extend the terrace to the existing façade to complete the volume and create a viewpoint of the landscape. Three hundred golden fiberglass slats enhance the radiality, highlighting its positioning in the place. The existing terrace had a step whose unevenness is used to place fixed boots that add a third row of panoramic views. The perimeter was configured with glass in the form of railings, floor-to-ceiling screens and lamps that provide reflections that multiply the space. Thus, with a single gesture, the volumetry to the exterior is completed and the Dome to the interior is duplicated with a supernova, a 240m2 stretched PVC fabric of spatial motifs. During the day, the old glazed dome and the views are the protagonists, and at night it goes out and the supernova stains the restaurant with its spatial colors. The access materialised in a textile capsule on satin gold aluminum frames that make a transition between the new and the old.