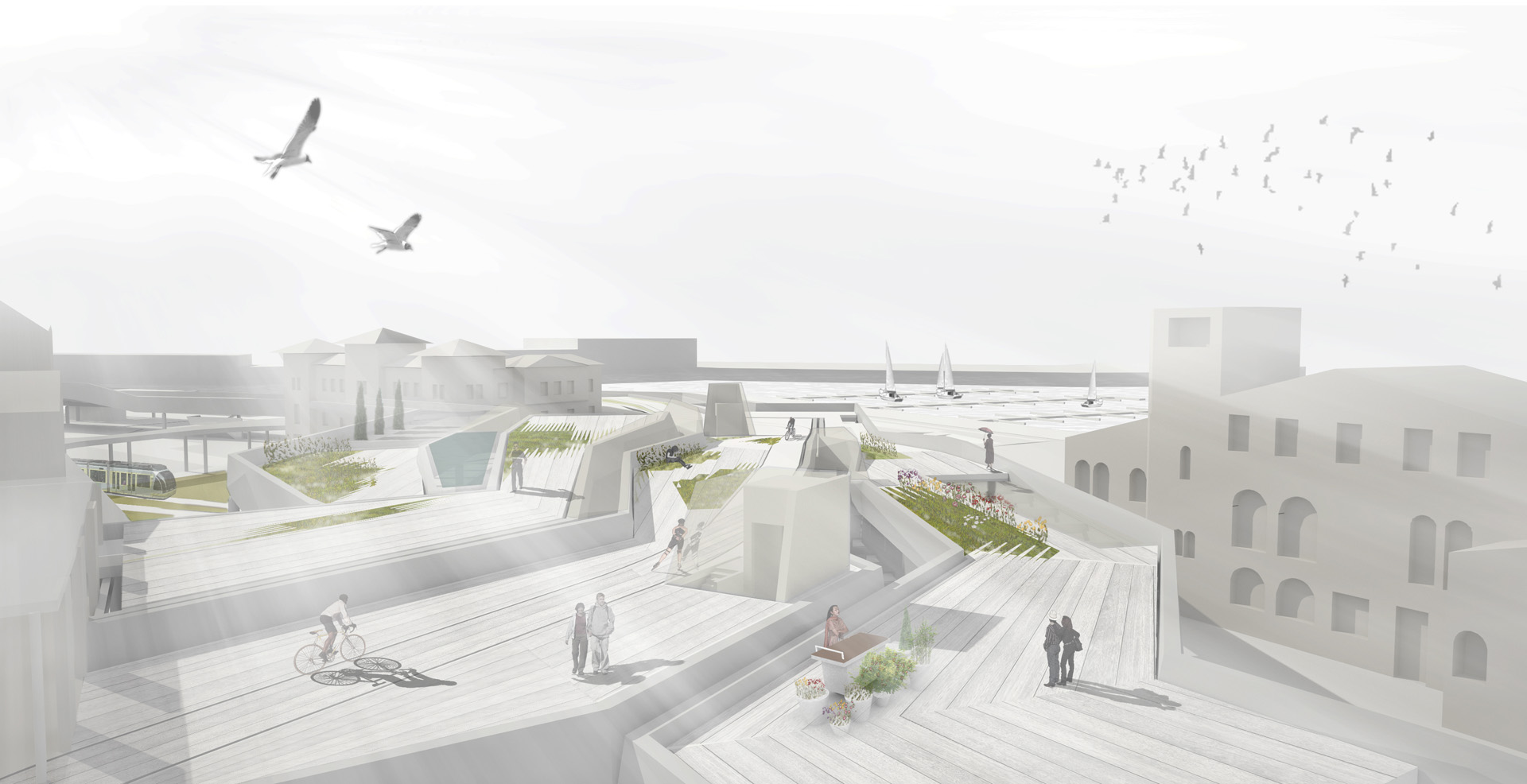 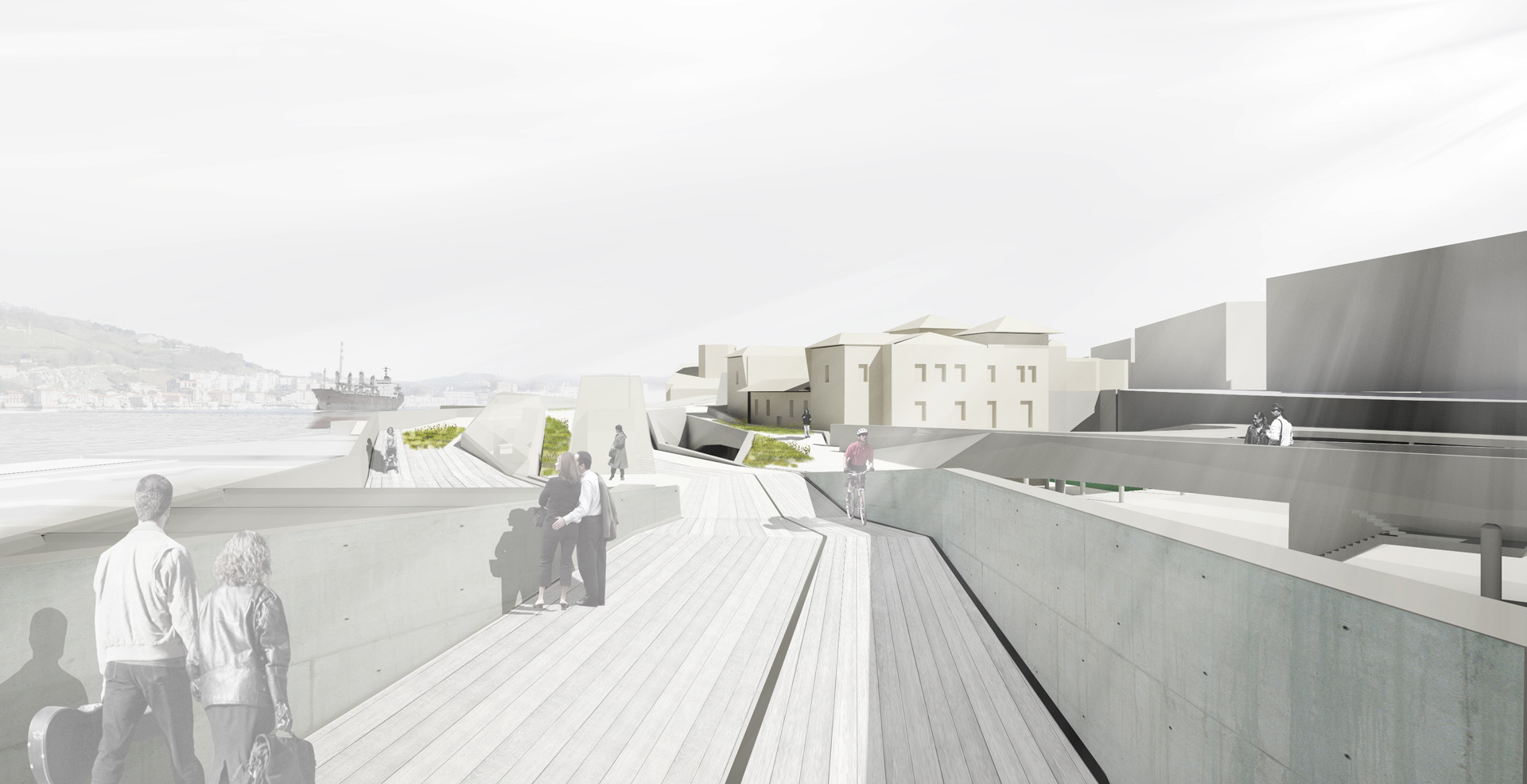 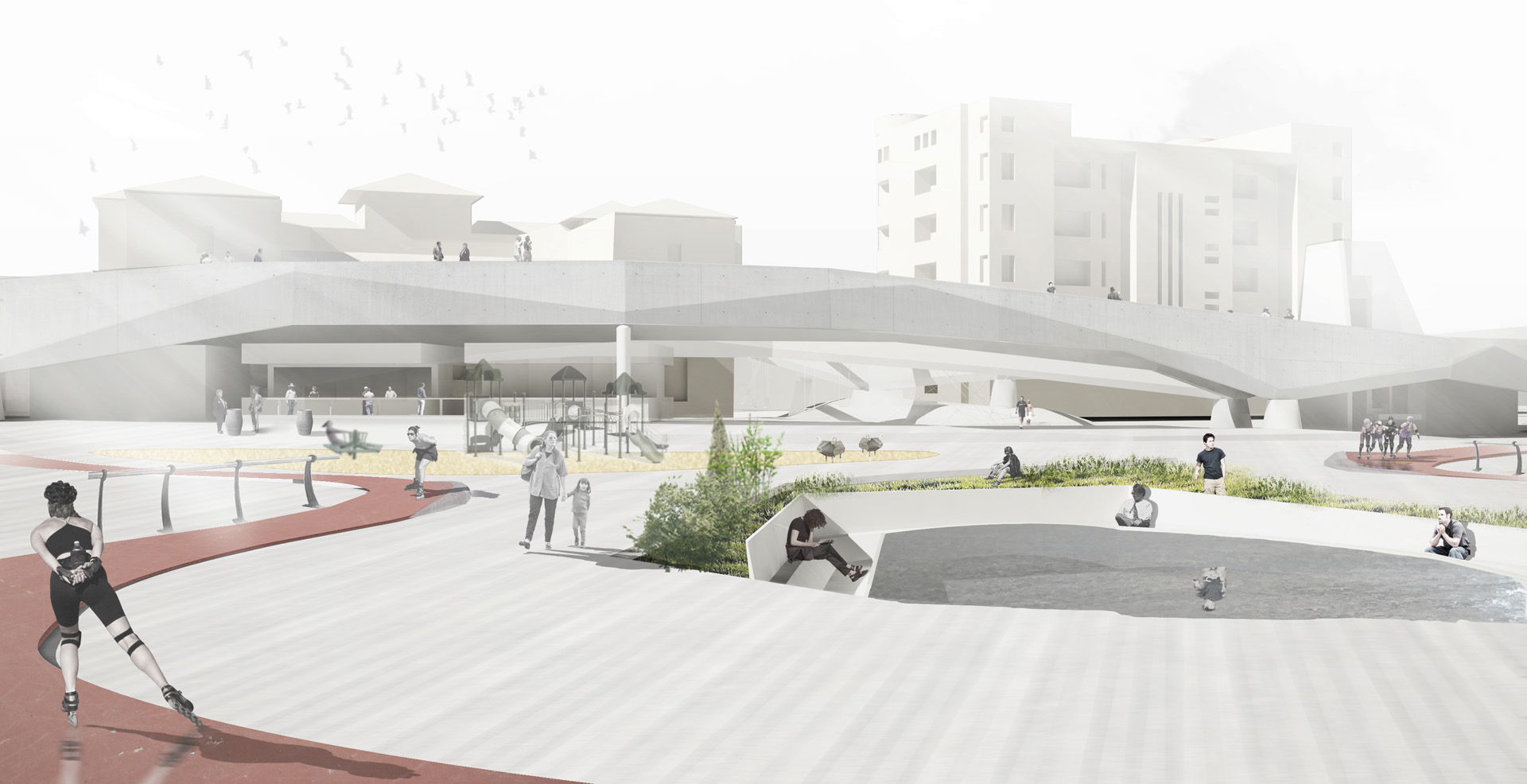 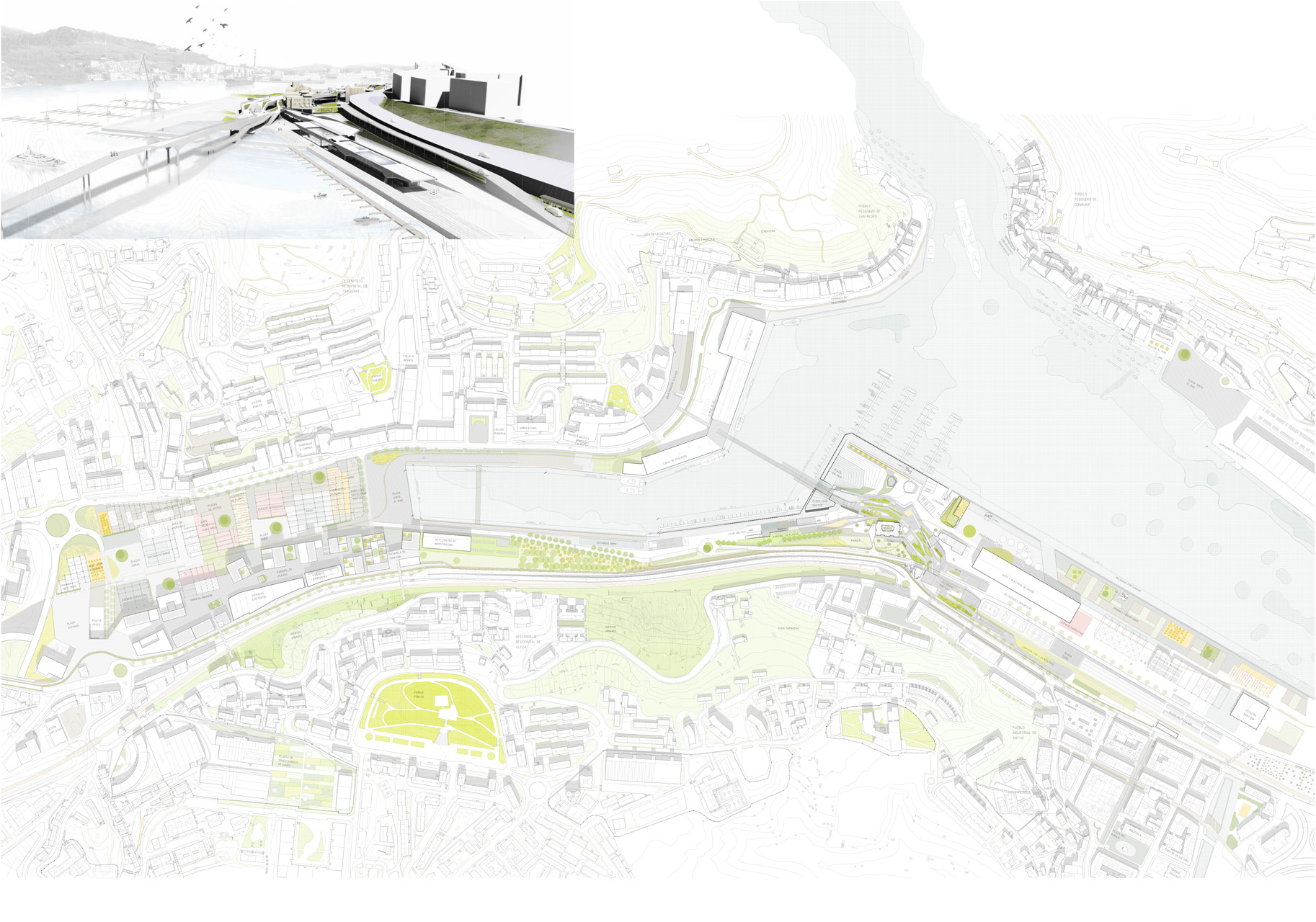 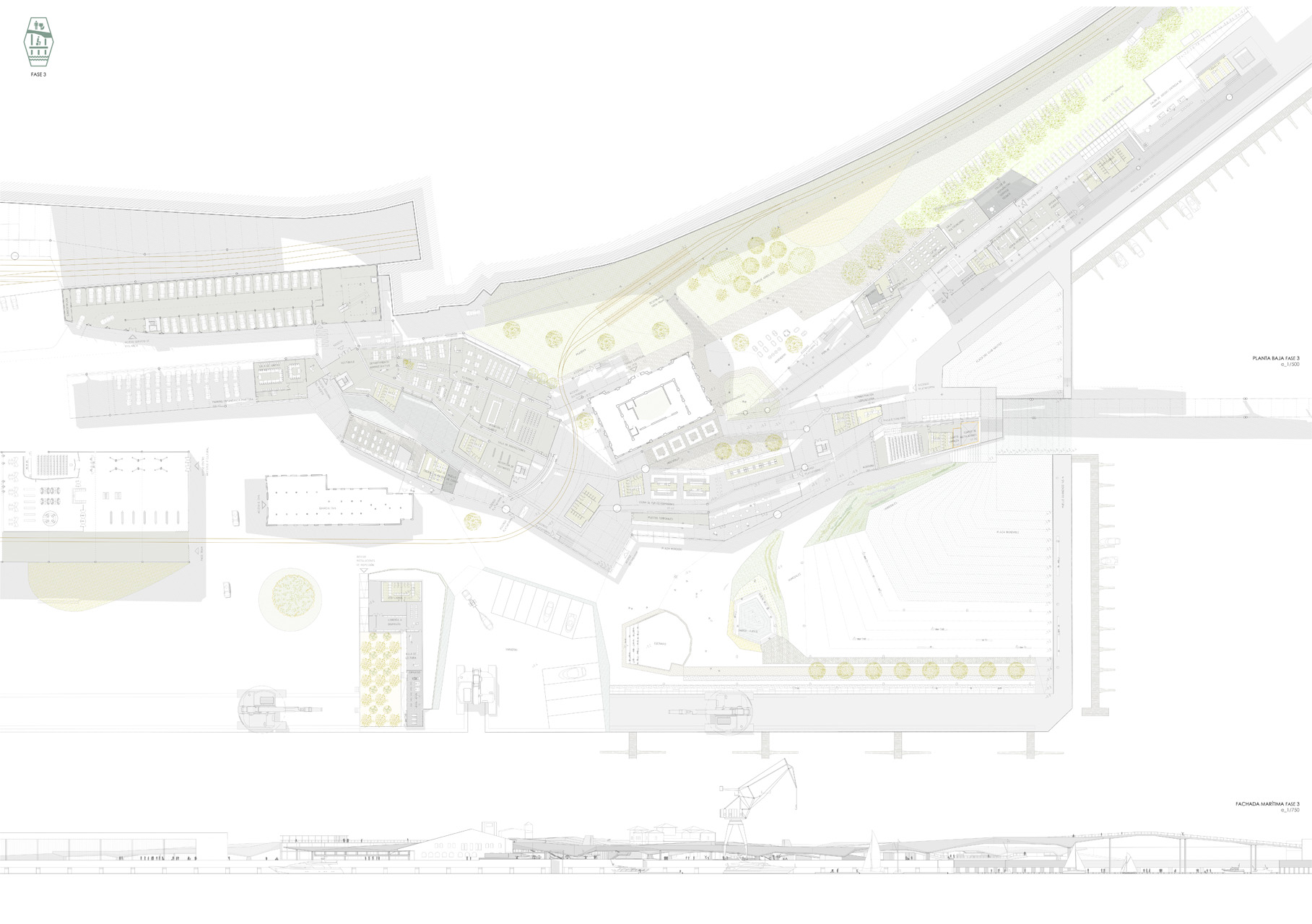 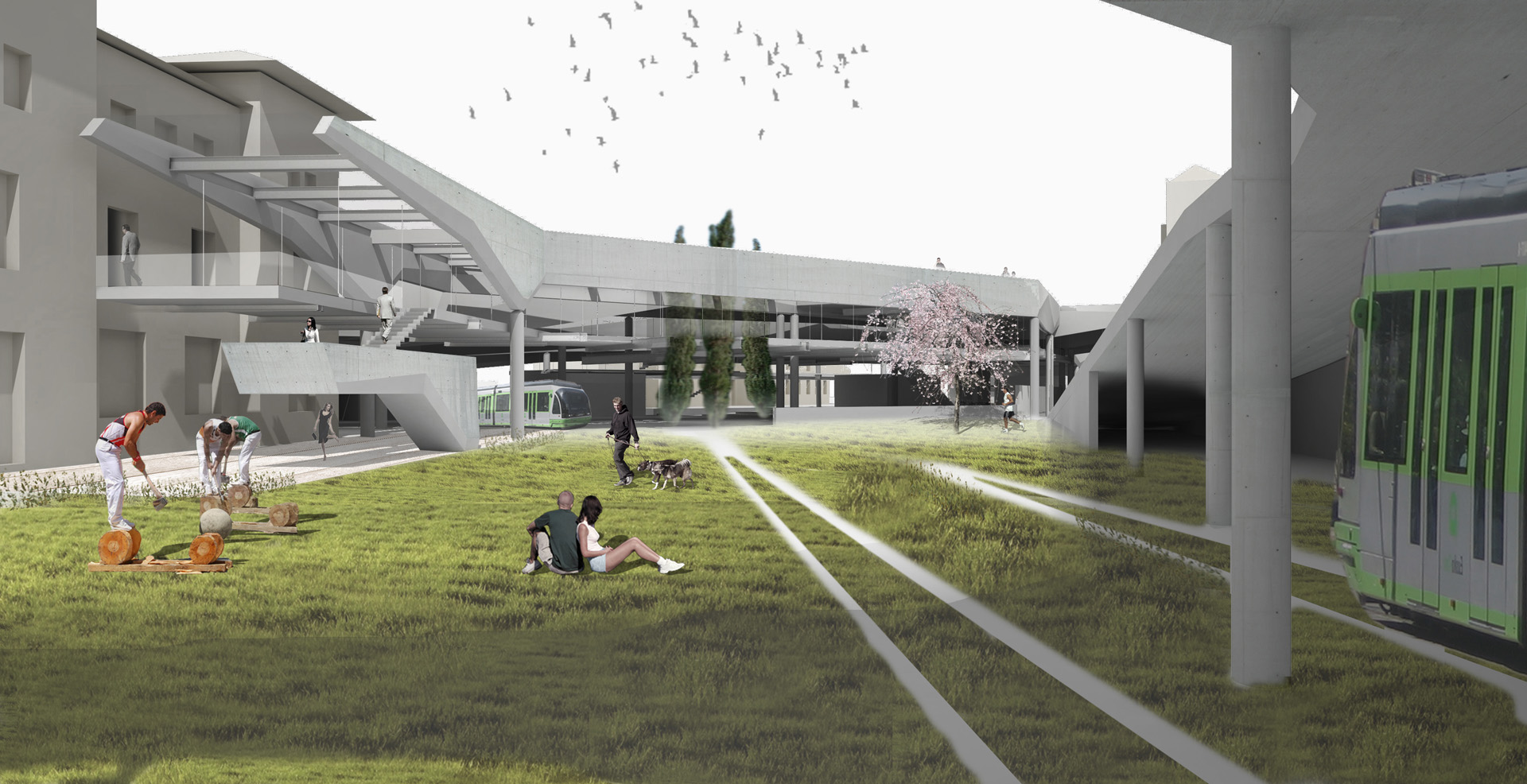 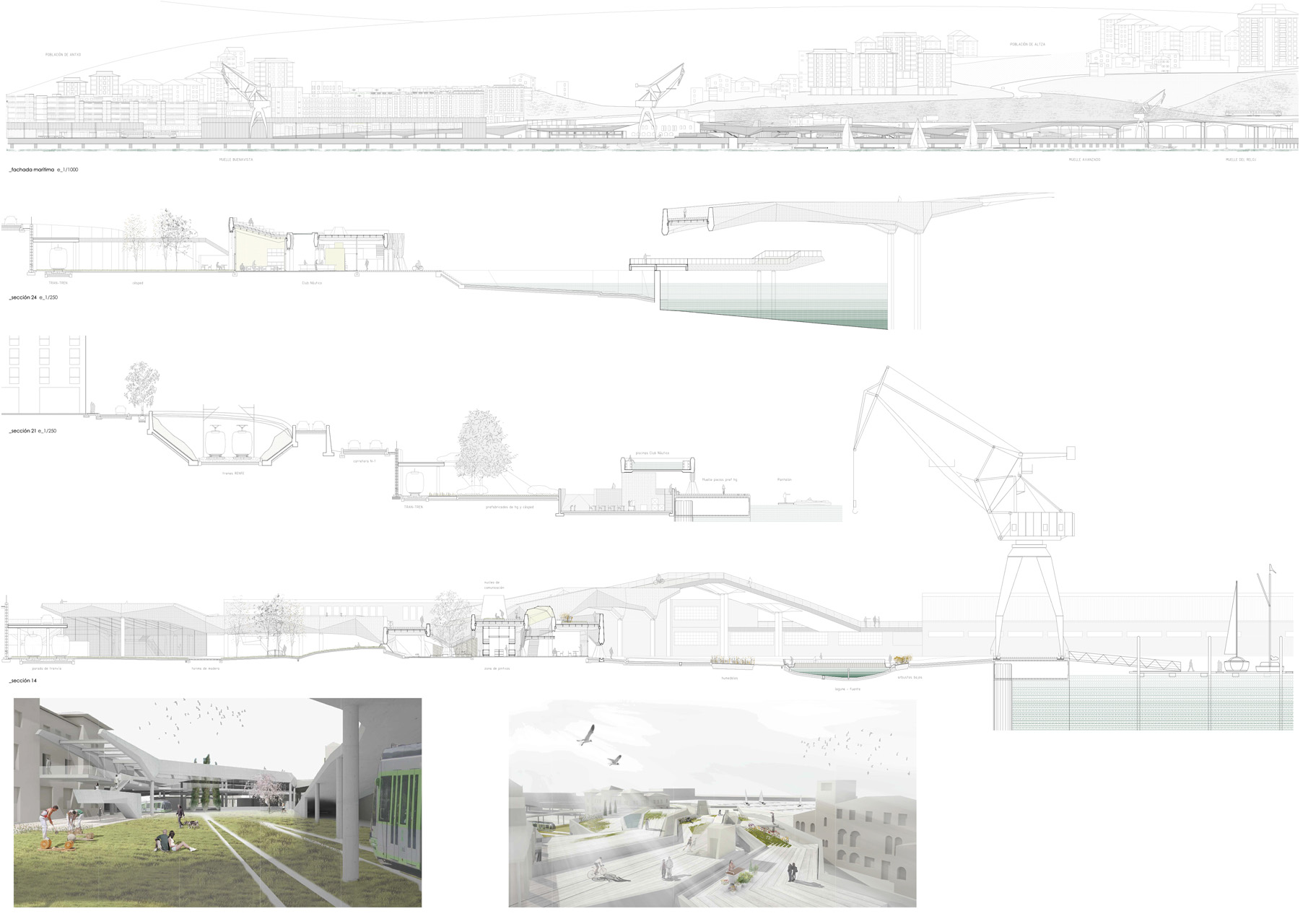 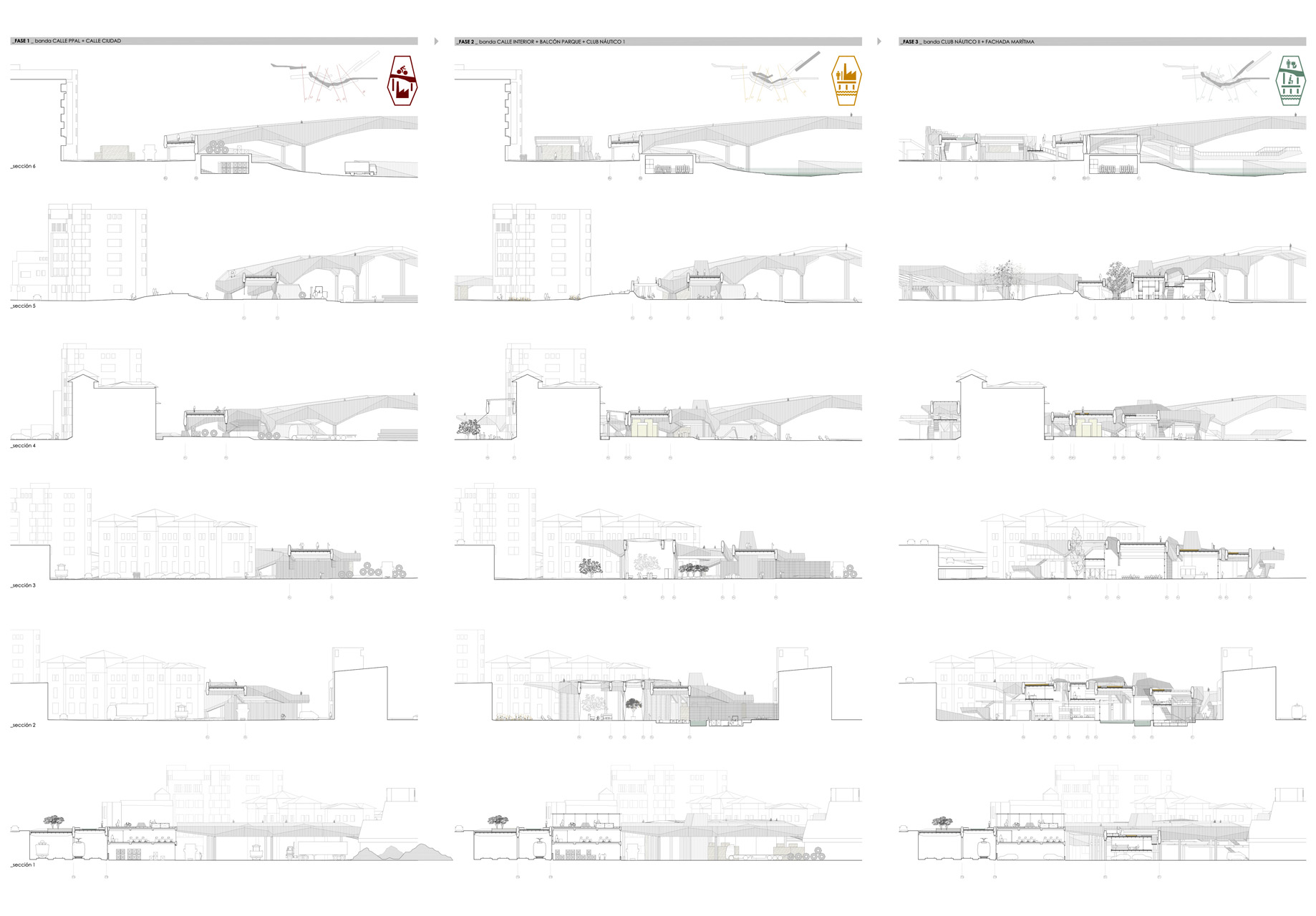 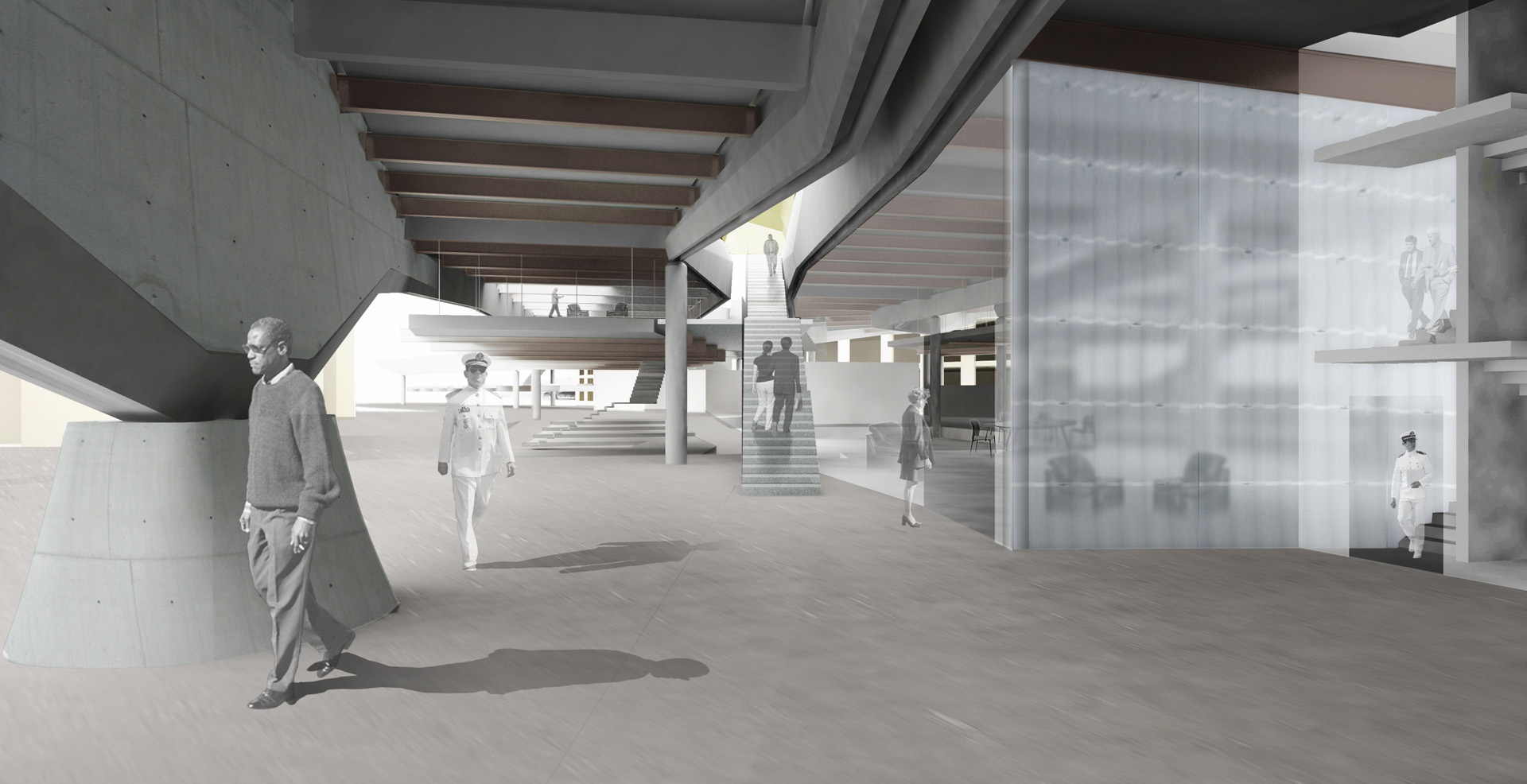 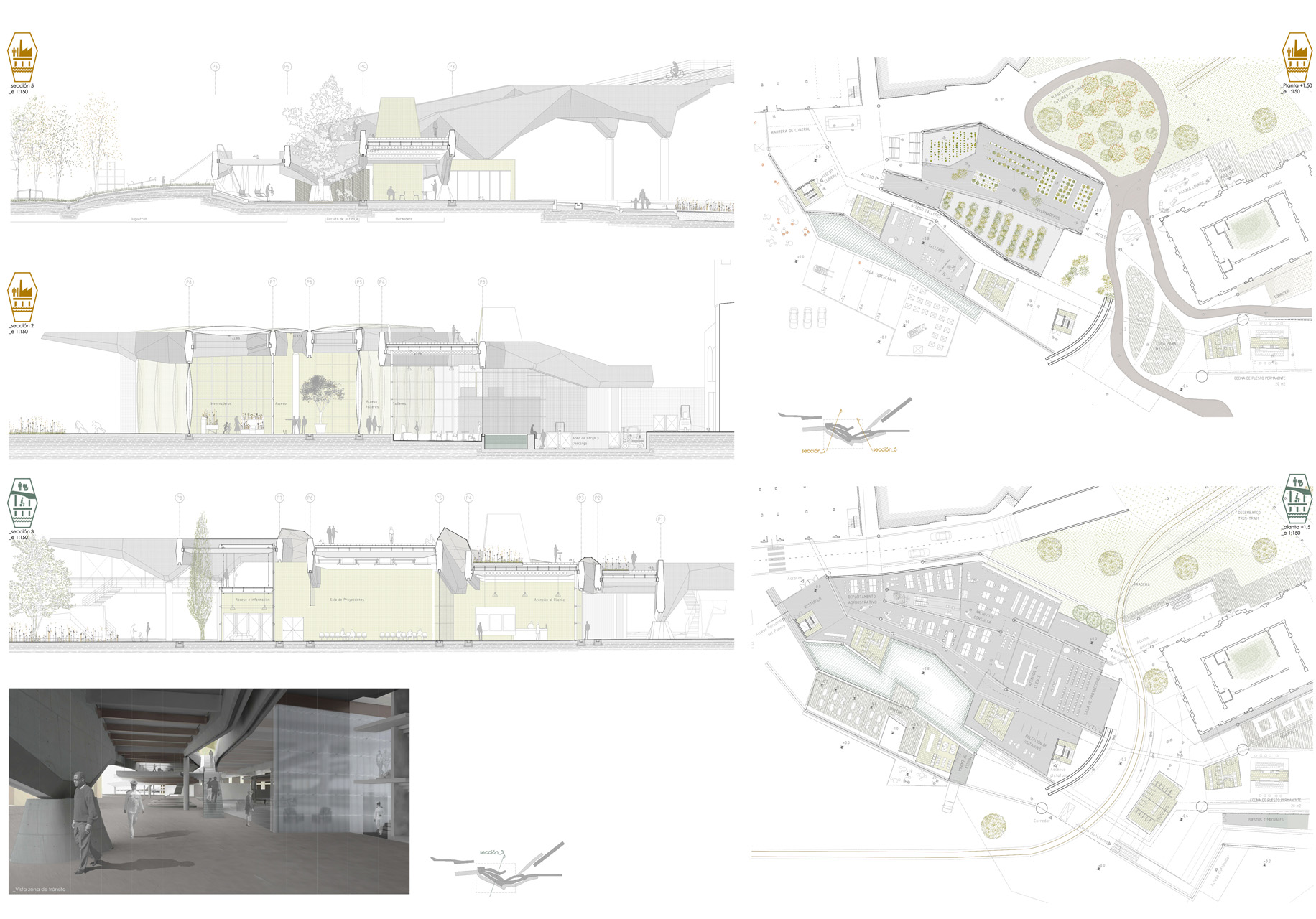 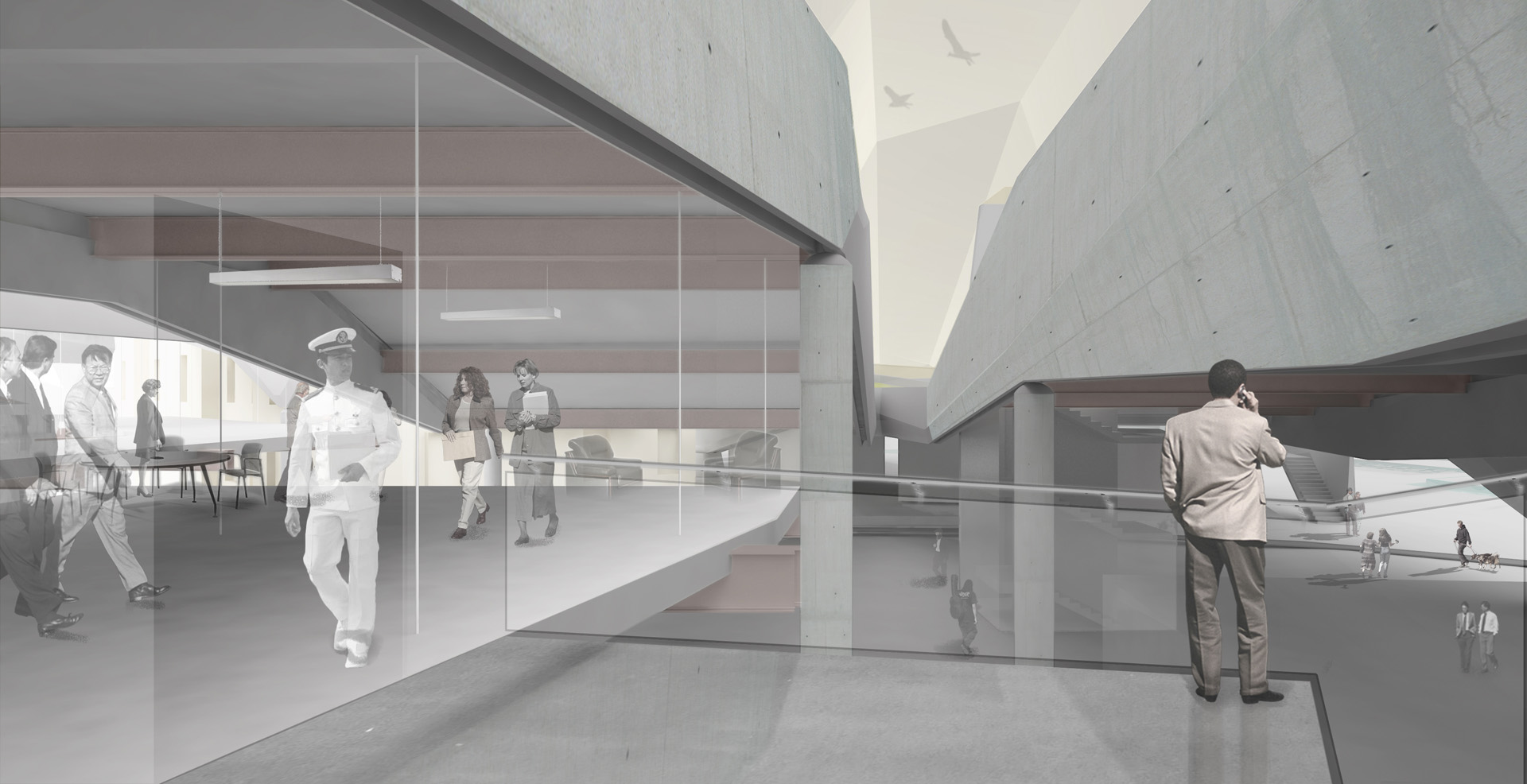 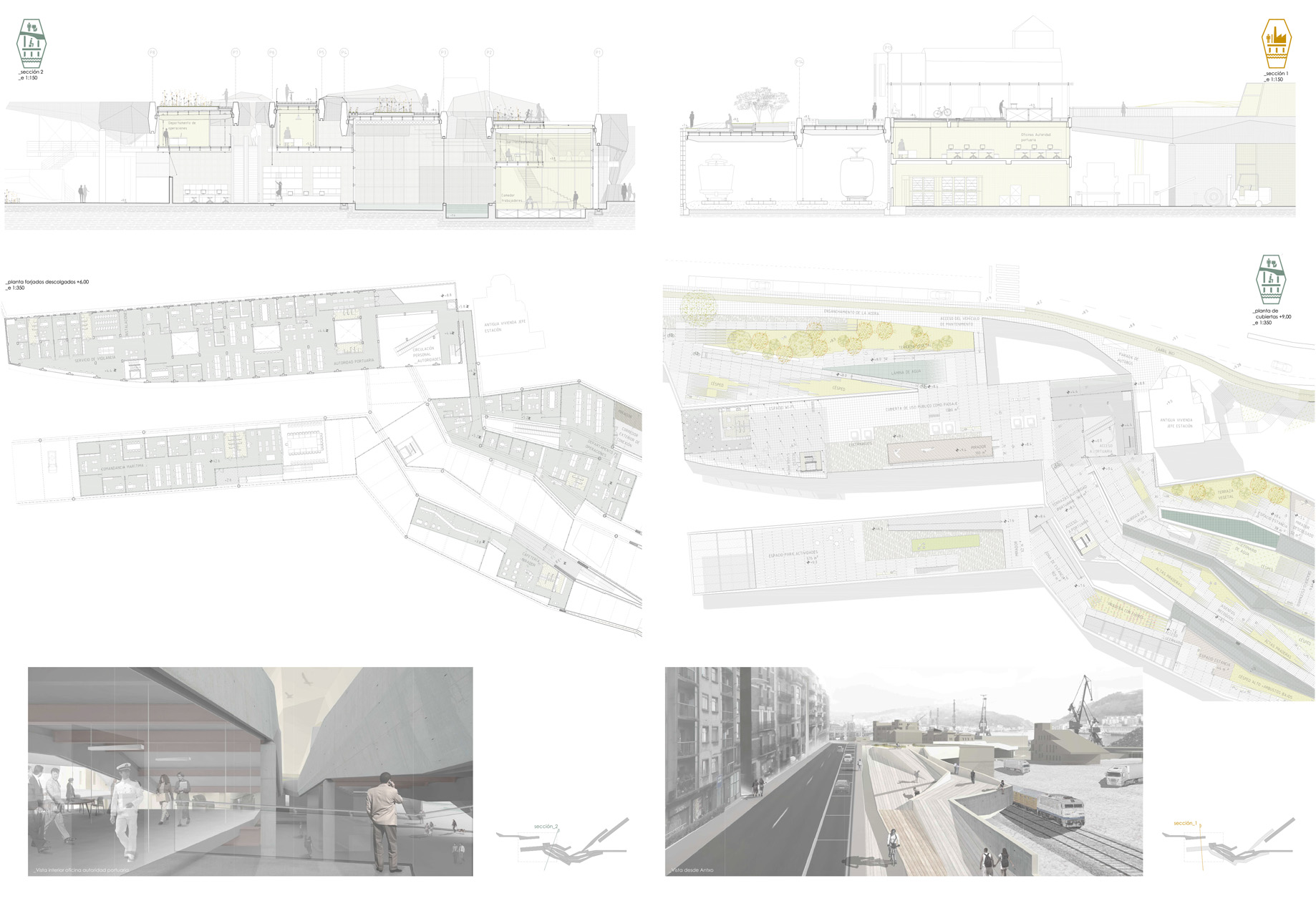 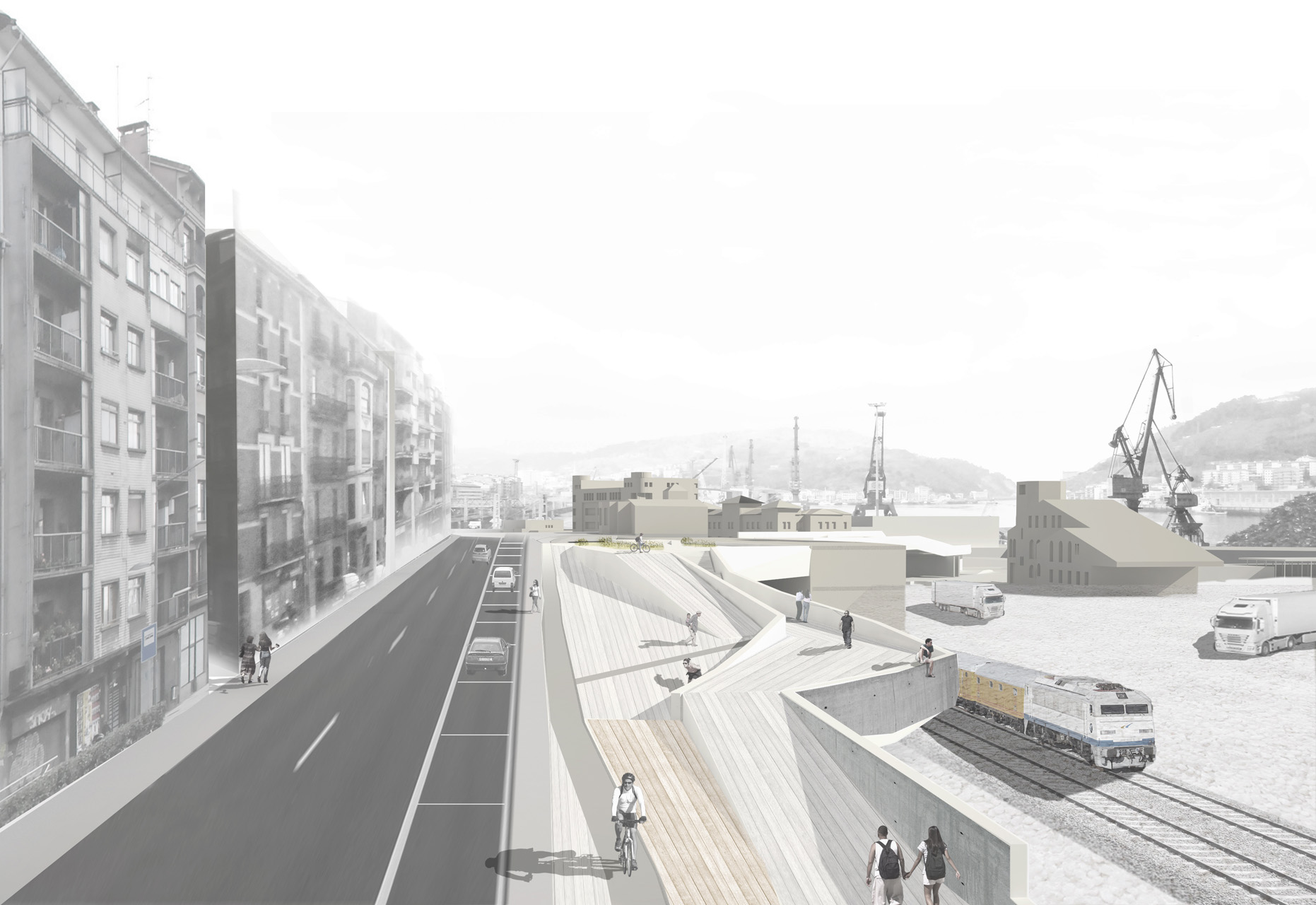 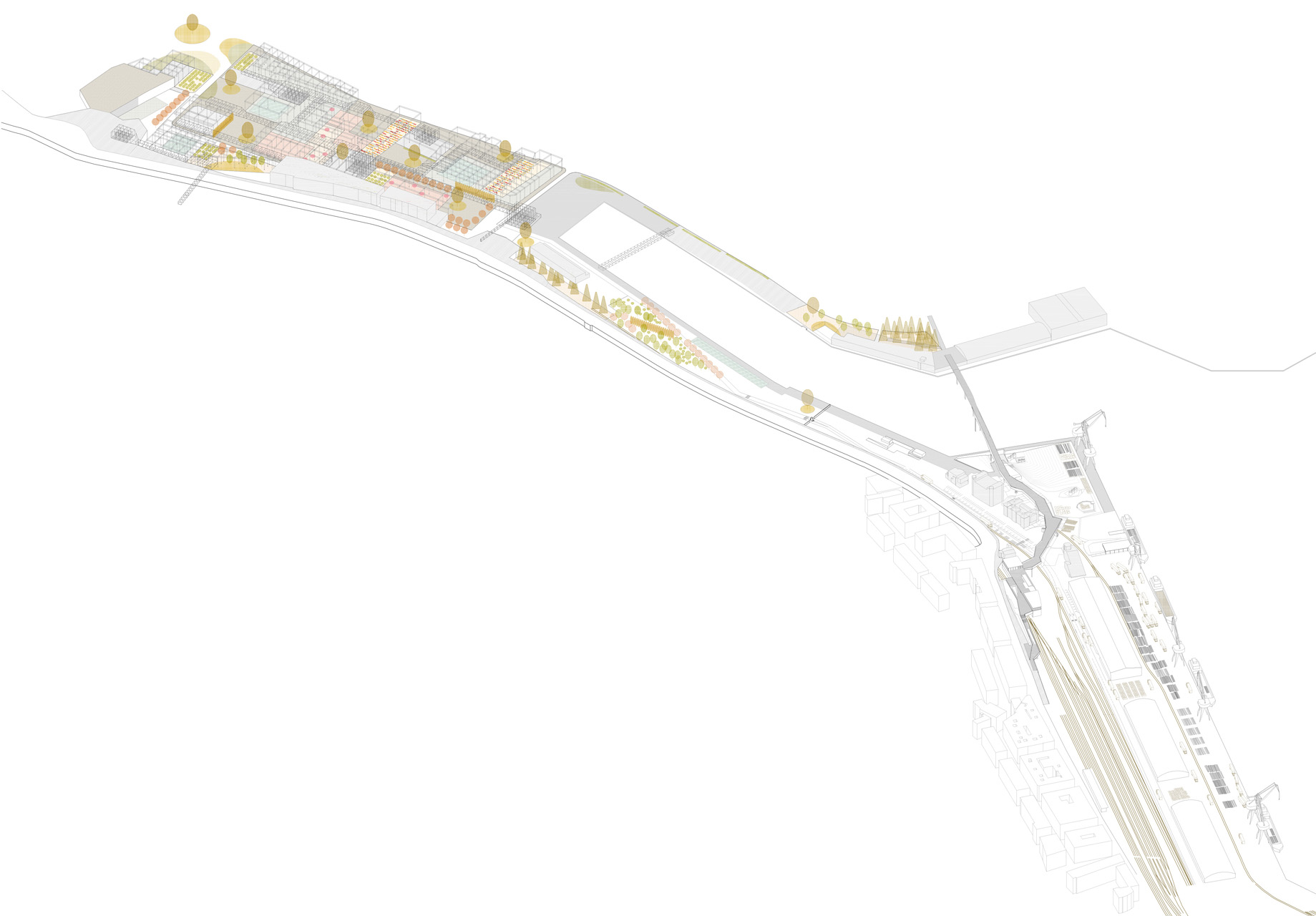 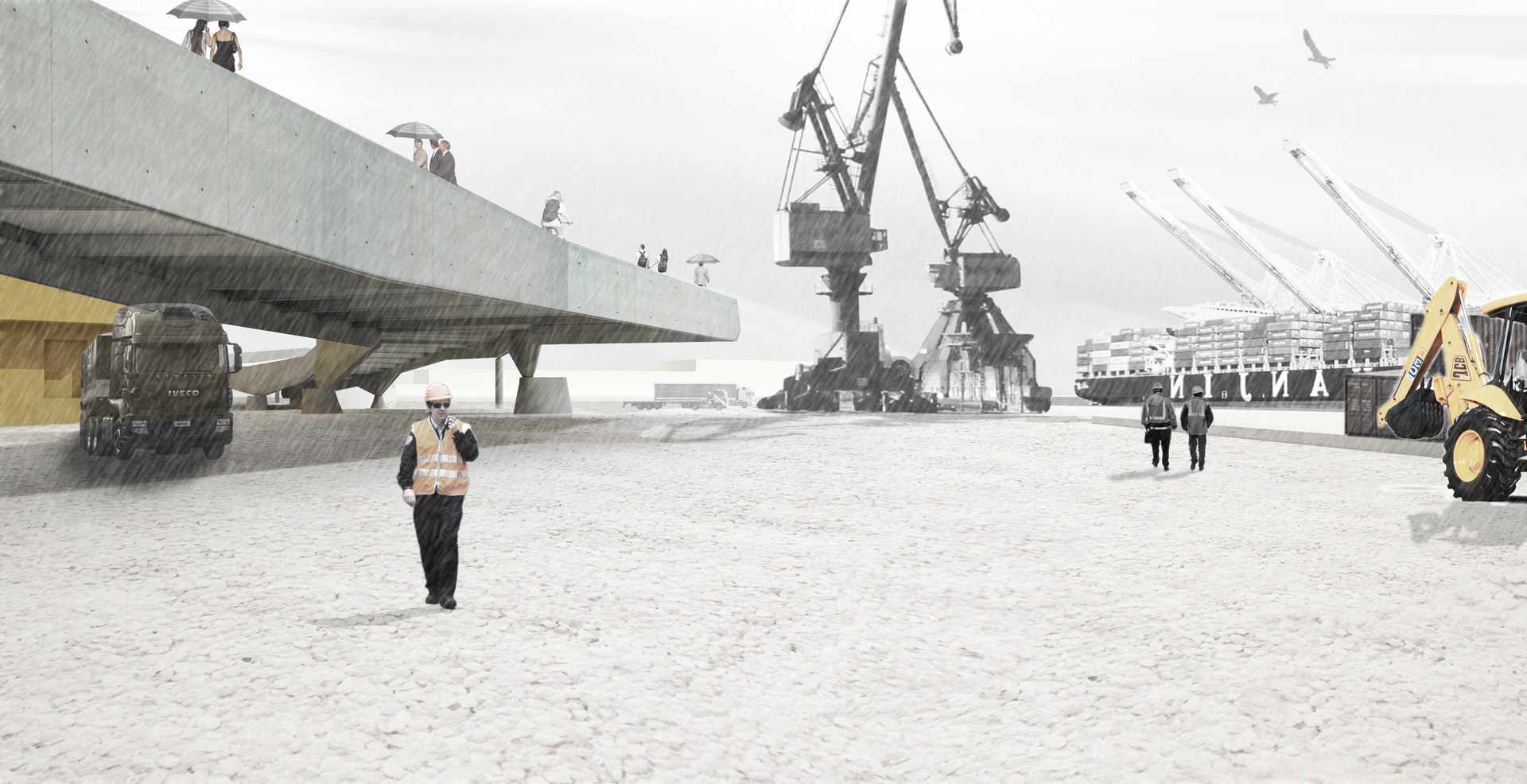 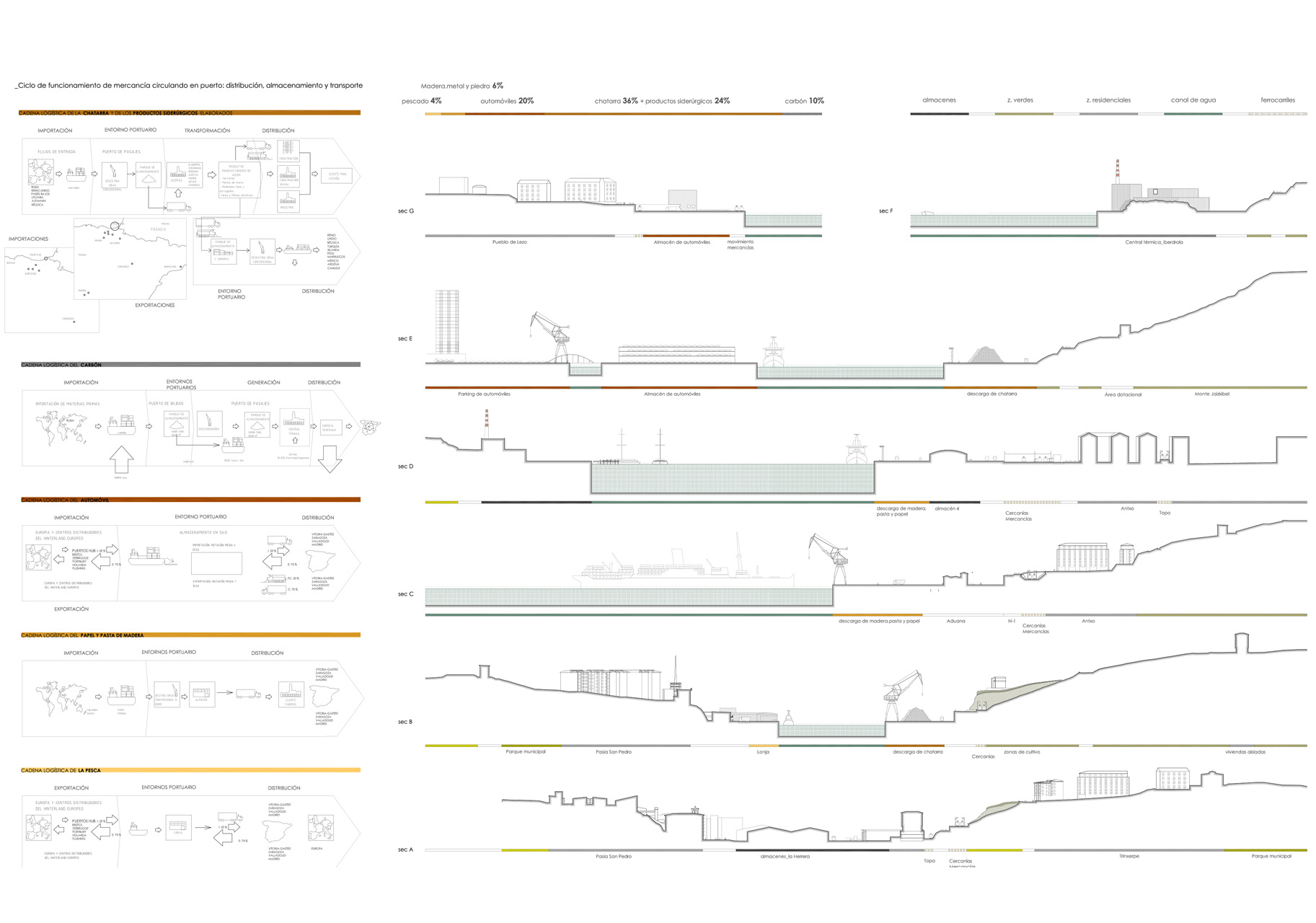 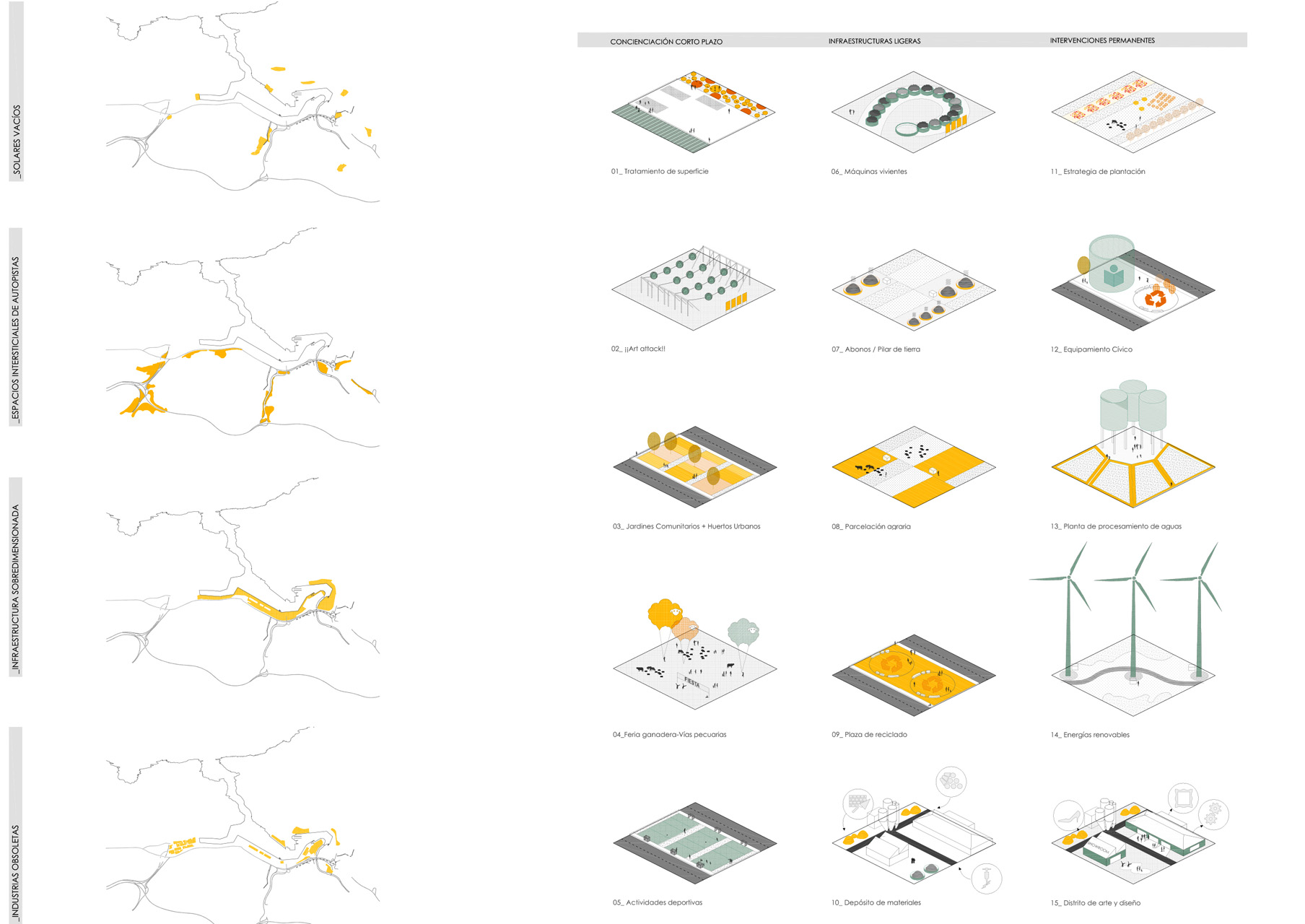 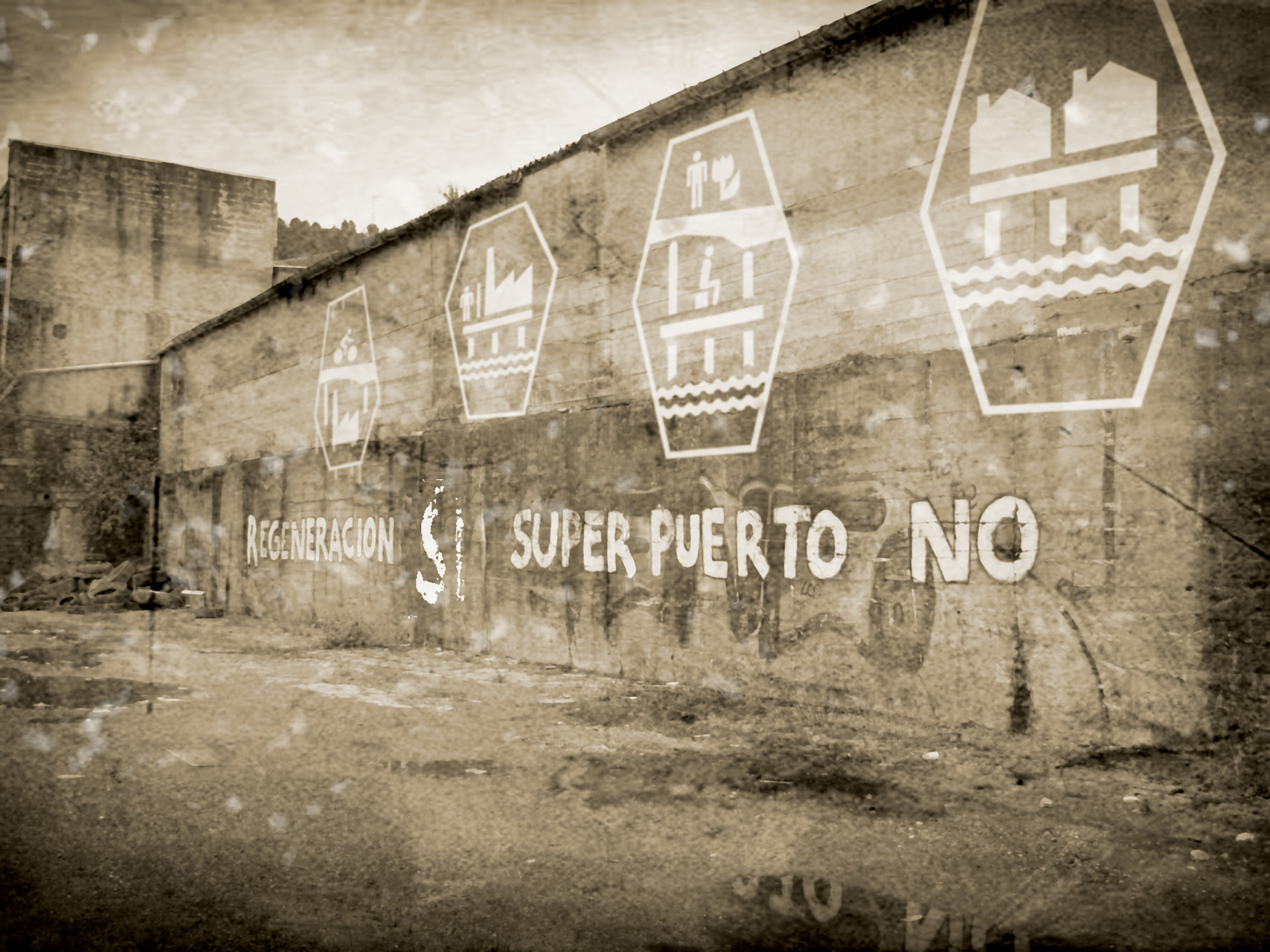 Pasajes is one of the oldest and at the same time smallest commercial ports in Spain. It was built next to small fishing cores, being the barrier of the crowded populations at the top of the mountain, disconnected from each other and with the mass of water. The environment suffers from an oversised port infrastructure that relegates man to the background. The aim is to create a new urban coastal space with a common mobility strategy so that the populations function as a whole. Recover the maritime façade as the city gate and enabler of an image of reconciliation between what exists already and the future city.

A rearrangement of the port is proposed, focusing the proposal on a phased development in three scales. That of the port, that of a 10-year Strategic Plan and the scale of the exposed project. To respond to the temporal sequence, the project is developed in bands that make up fourteen porticos built at different times. To form them, two large concrete lintels of variable section are joined, running in parallel. It is about providing the basic structure that serves as an island to be colonised. The initial vocation is to connect both banks with a bridging band that allows port activity to develop freely. Each phase is self-interested, serves a specific function at the time it occurs, and does not prepare for or anticipate a later situation.