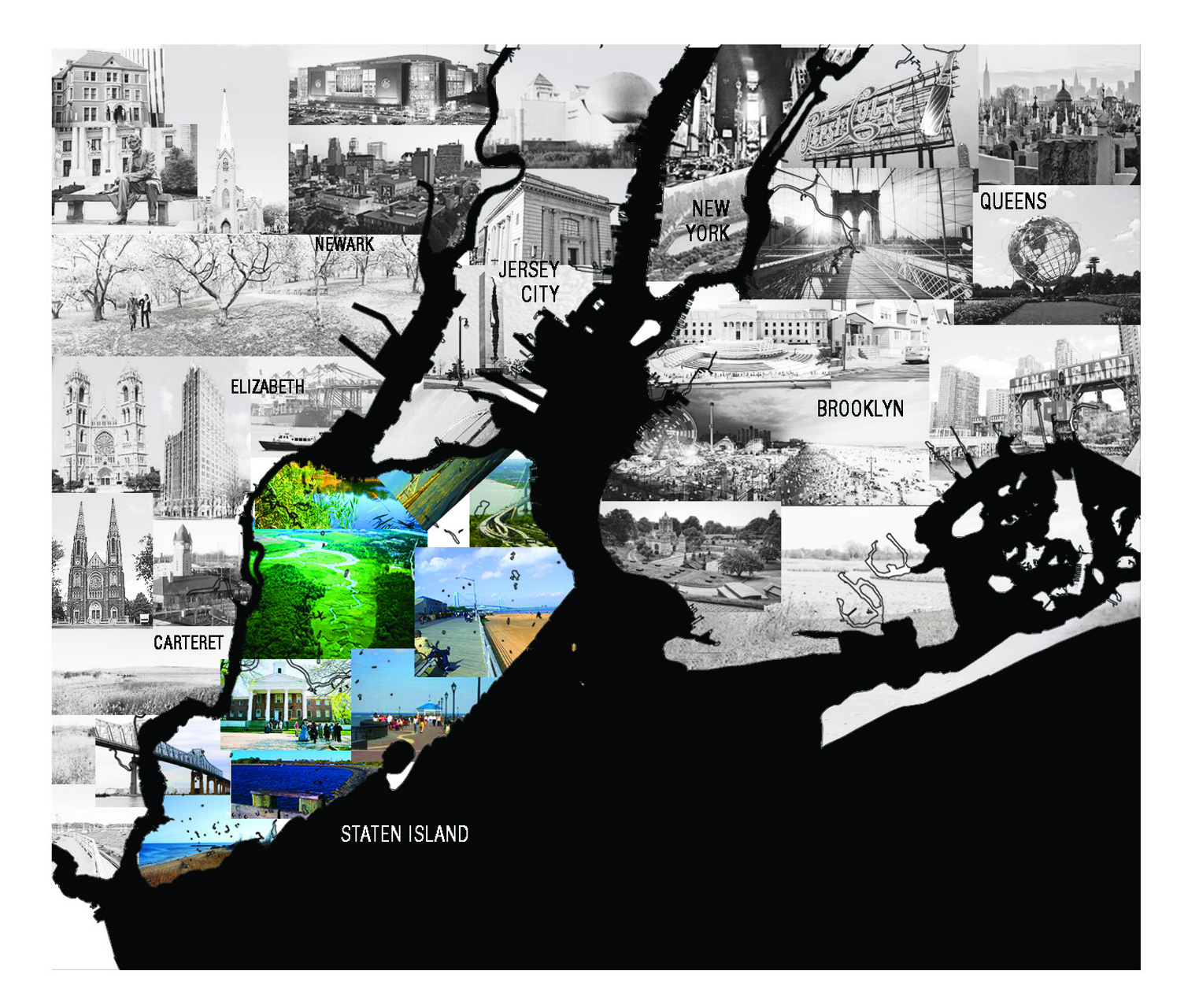 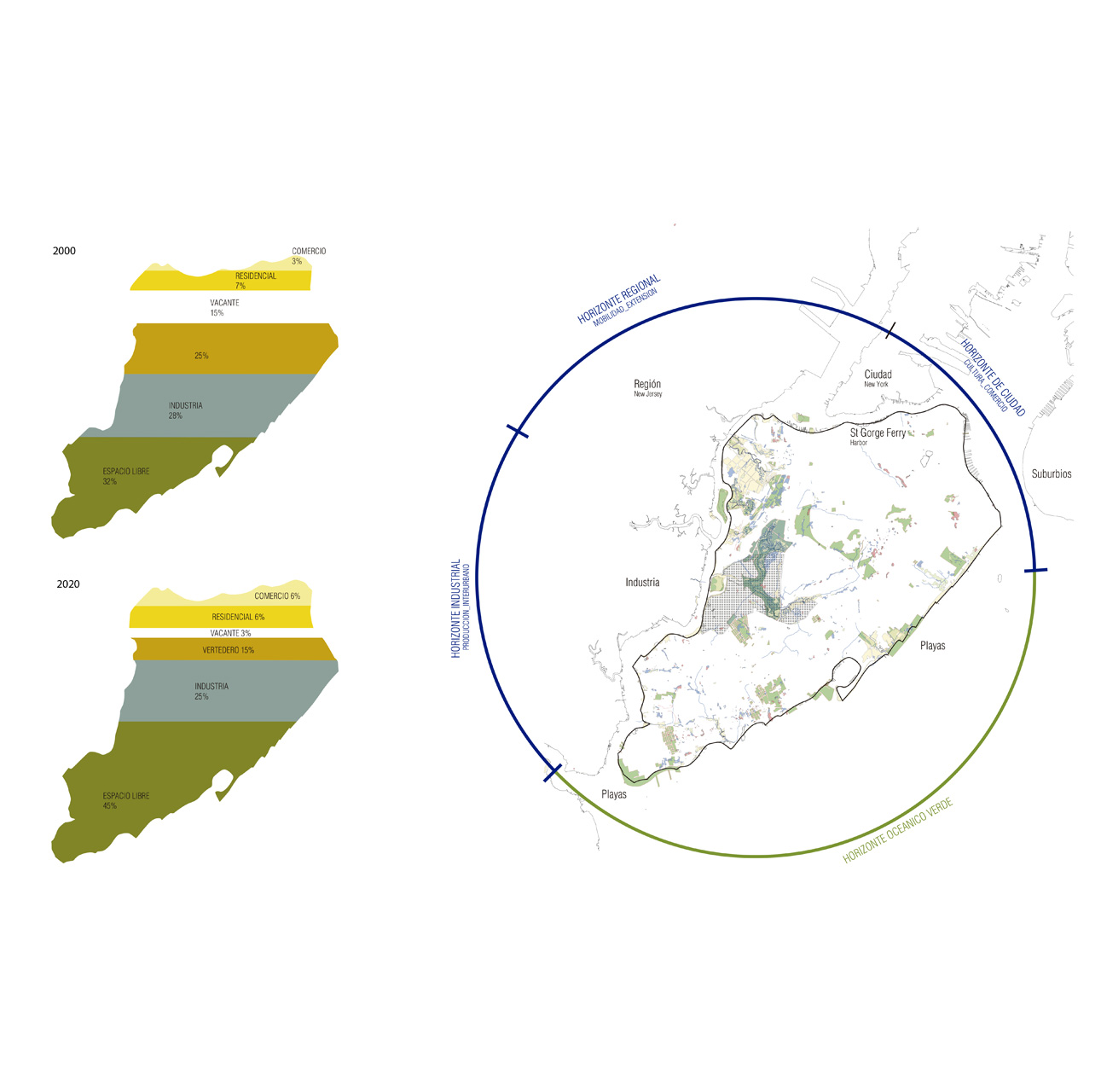 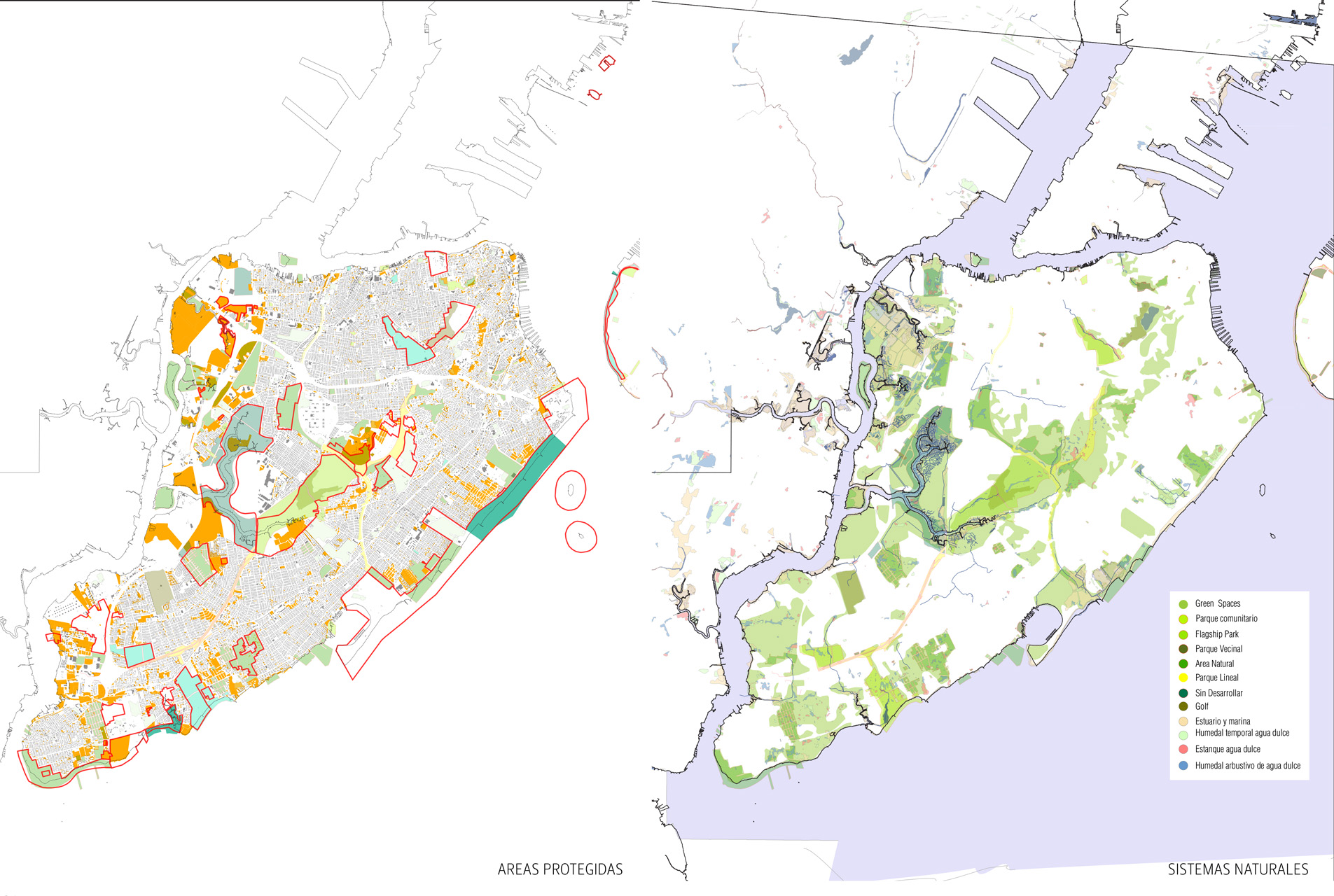 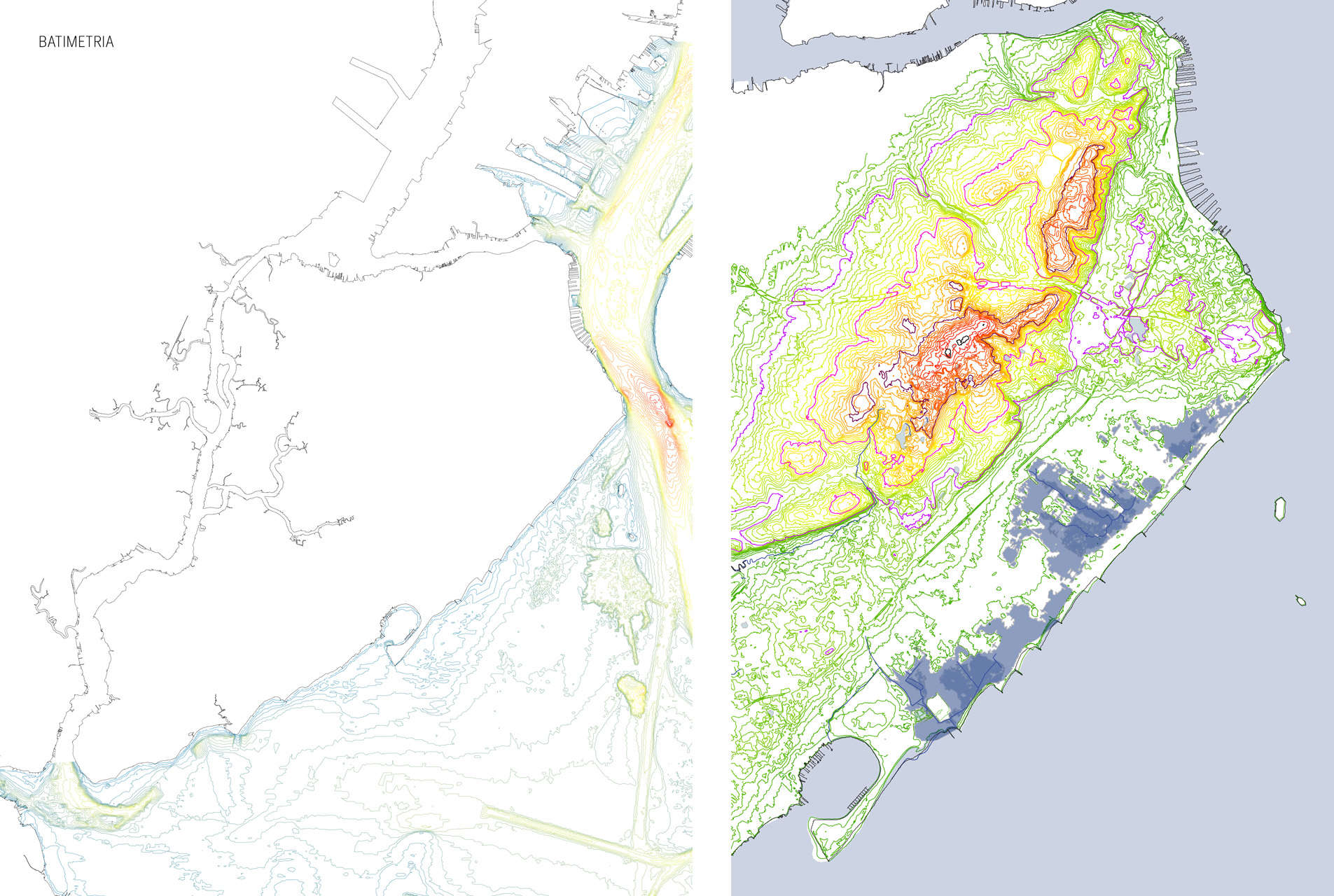 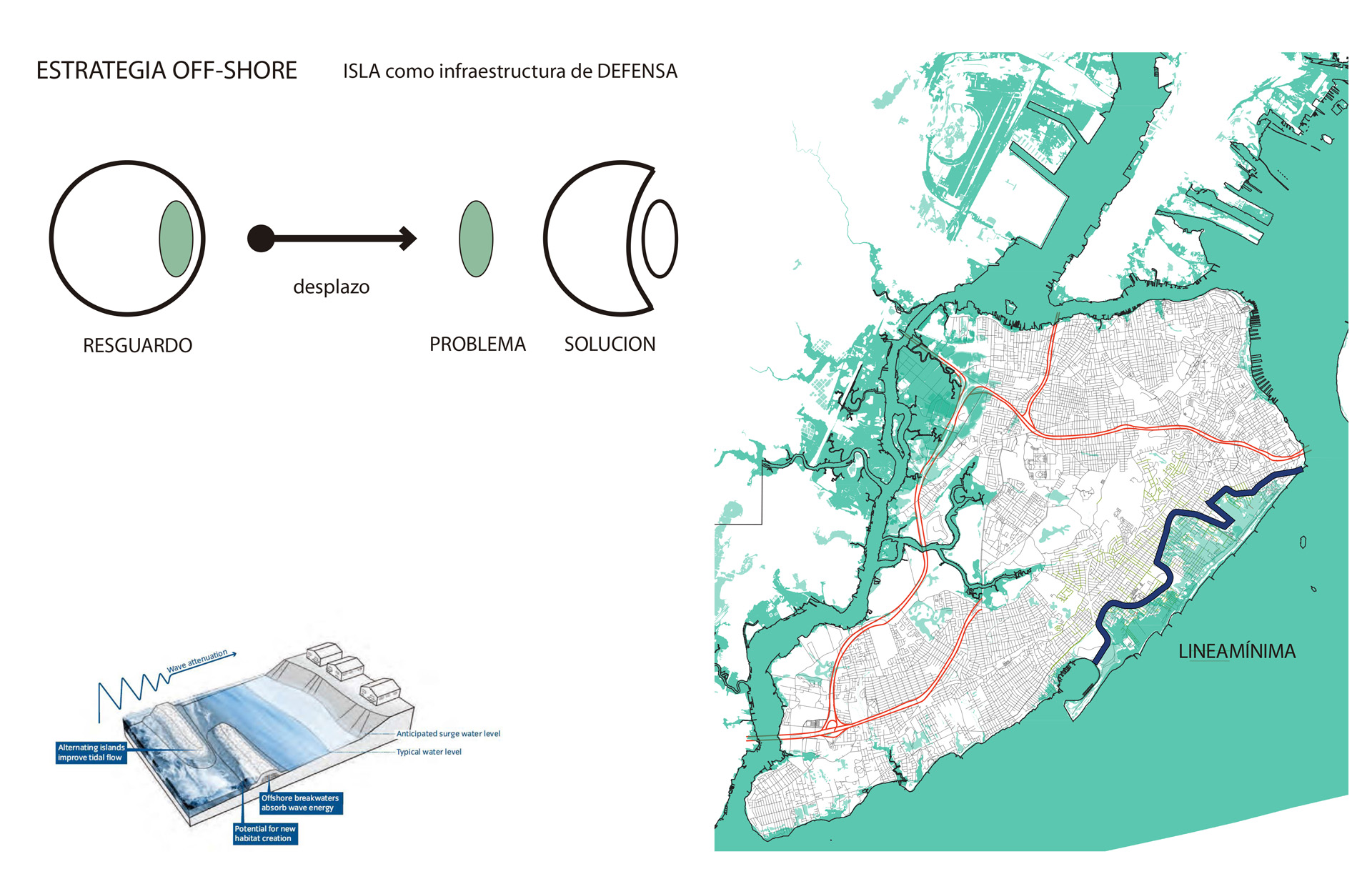 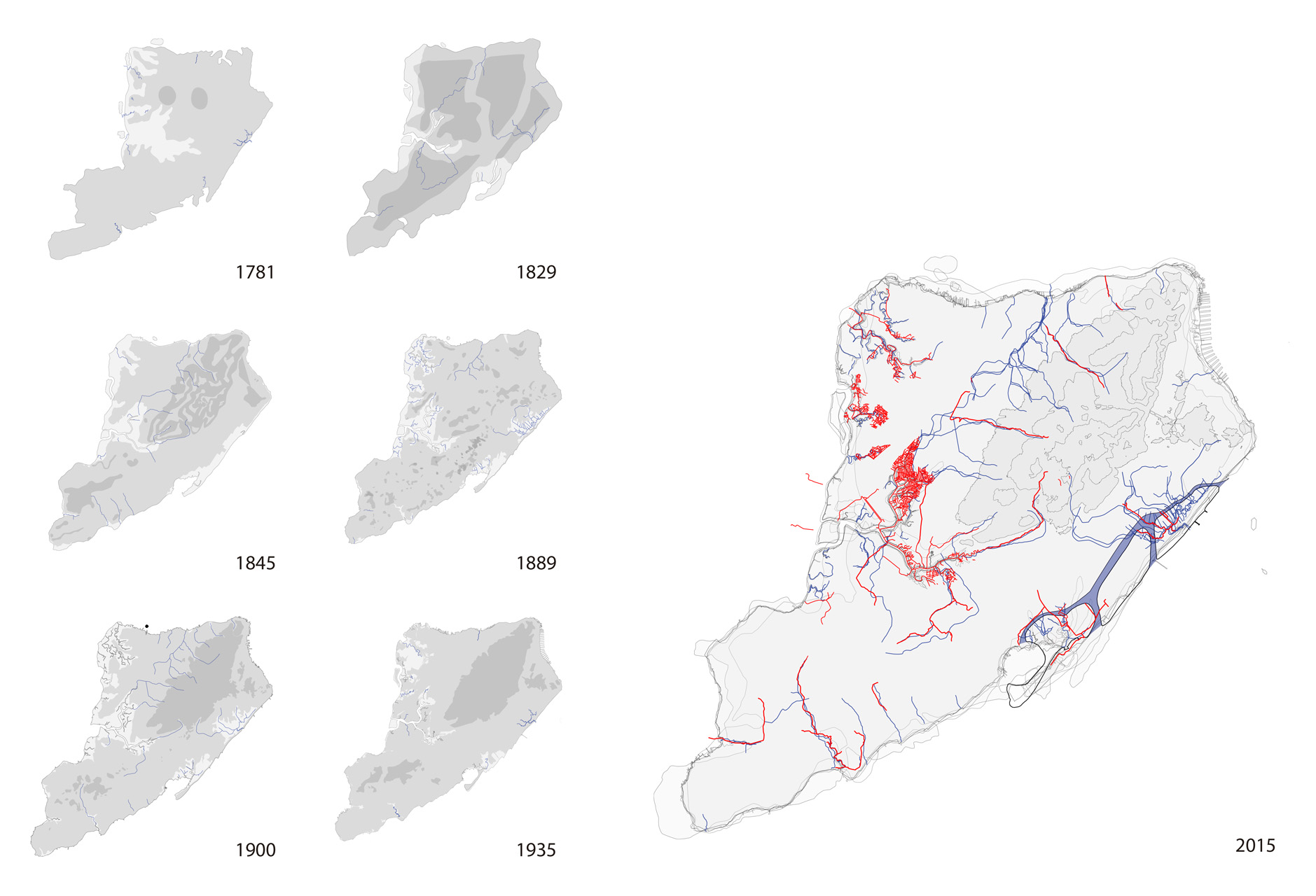 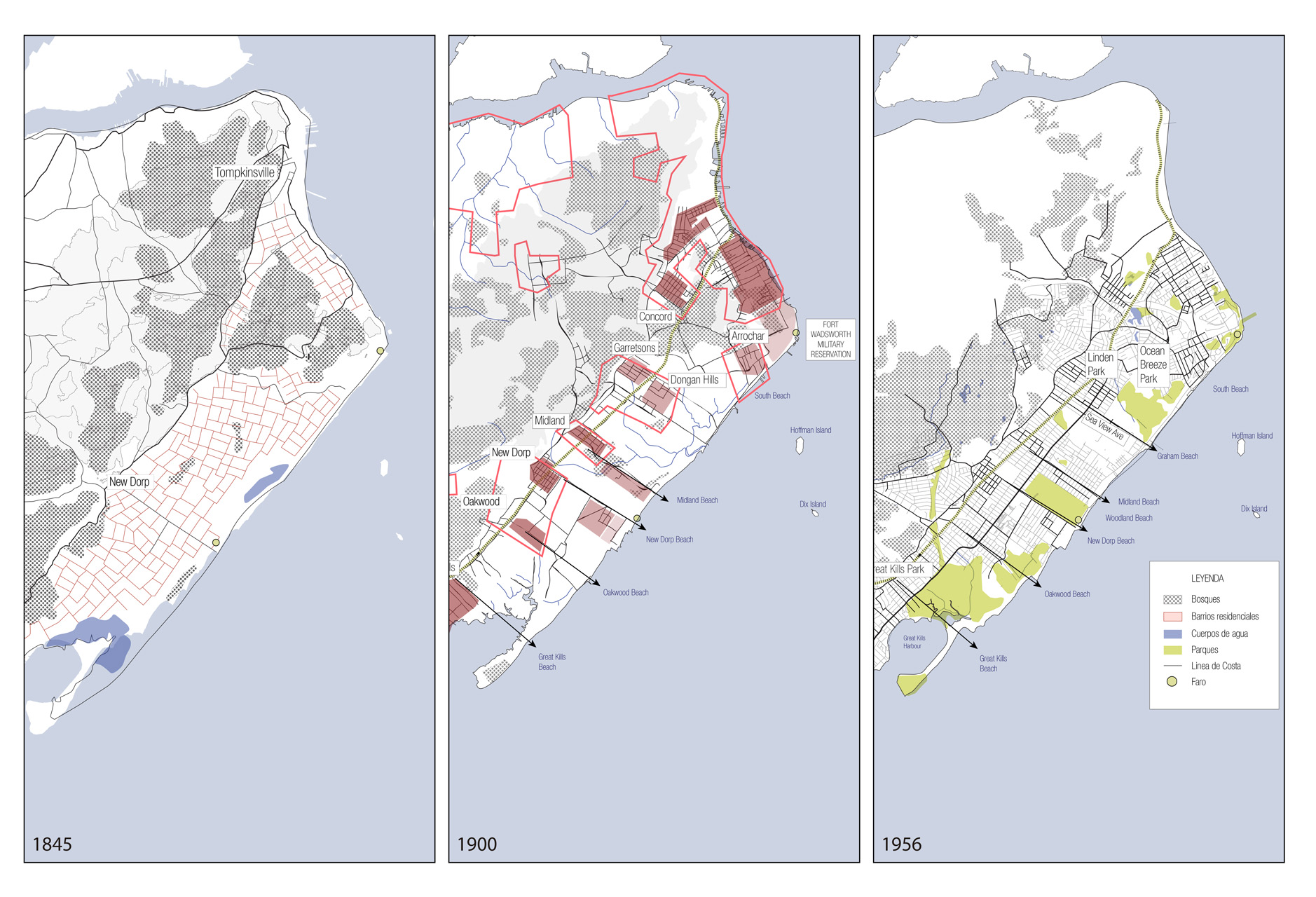 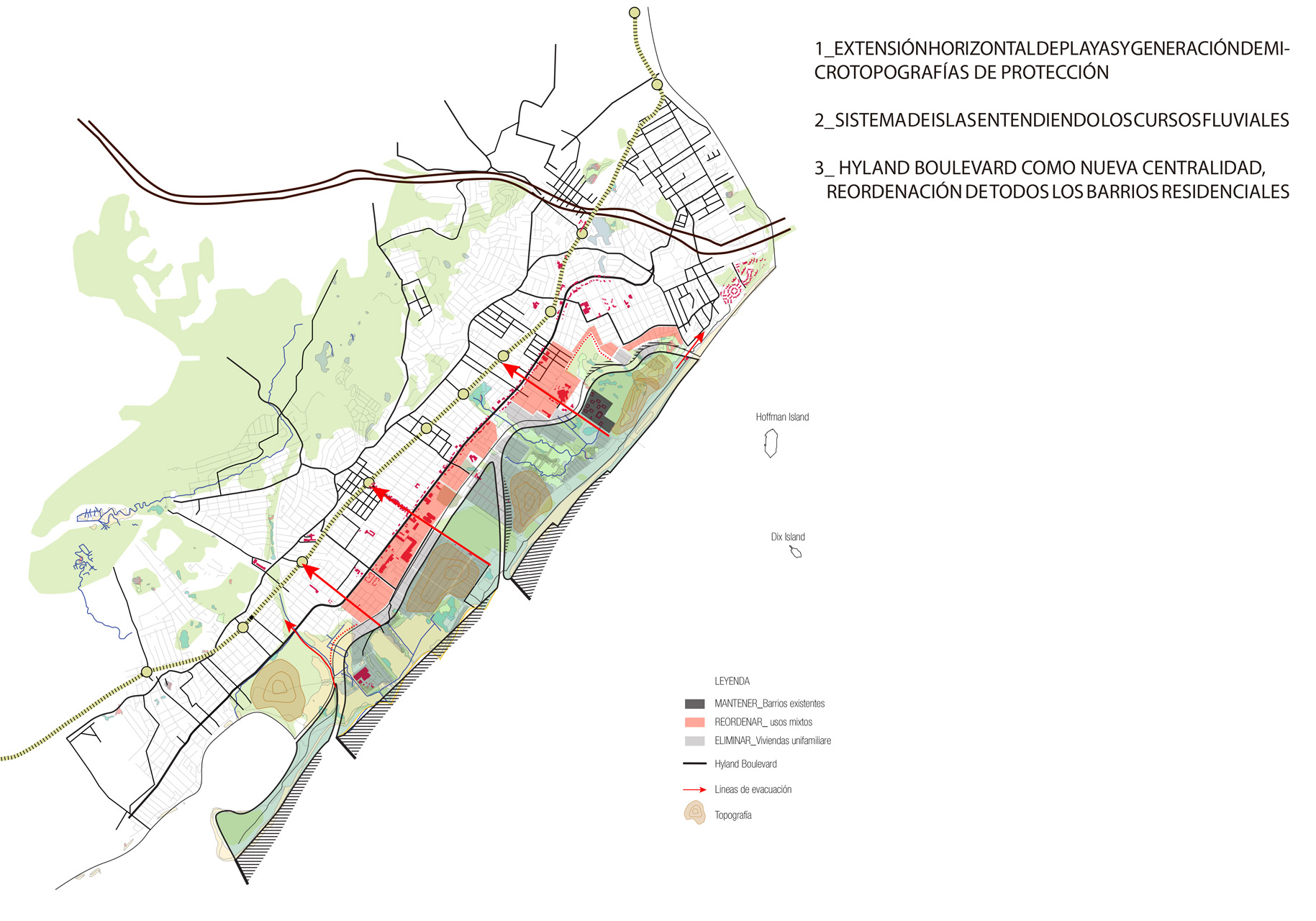 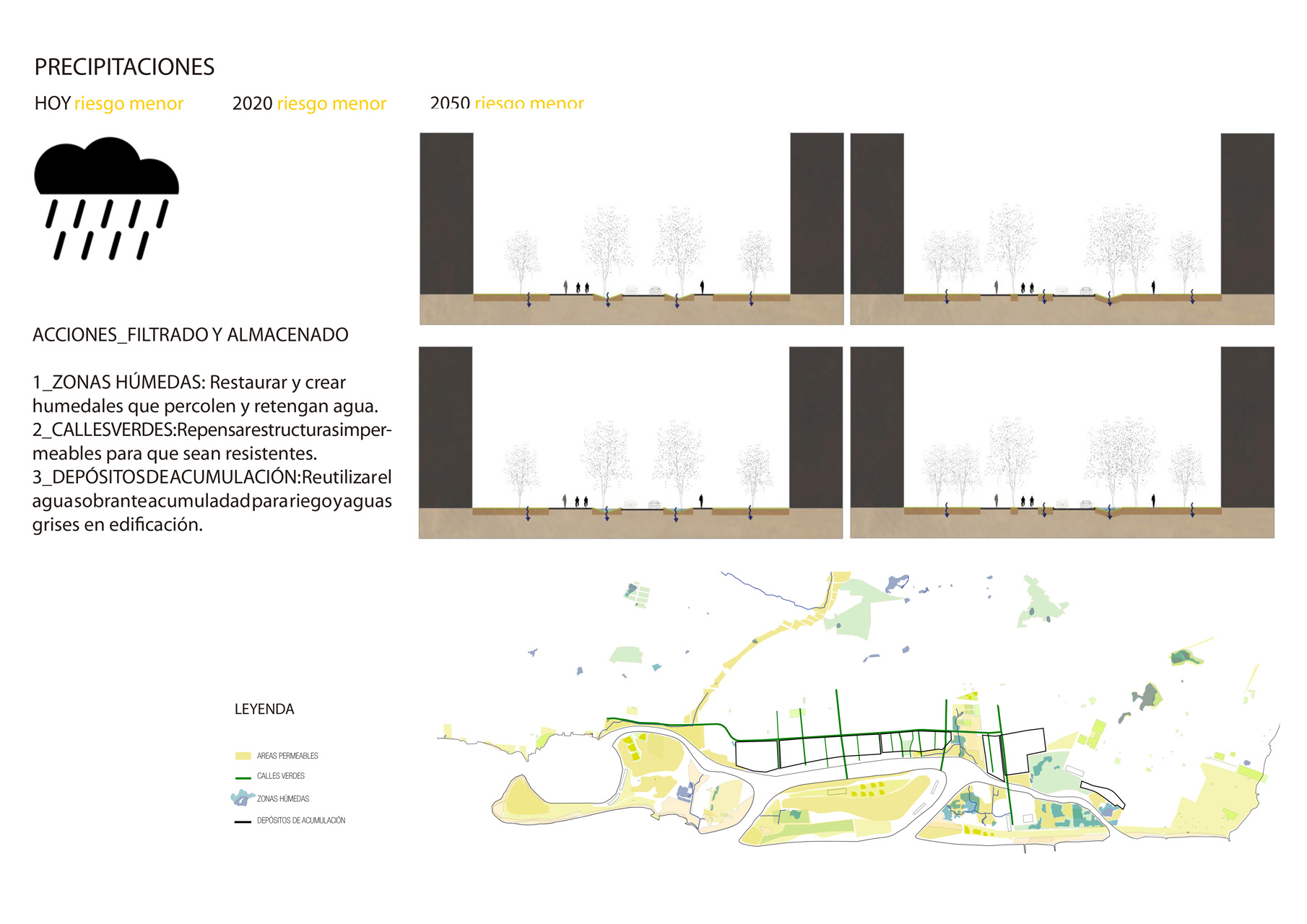 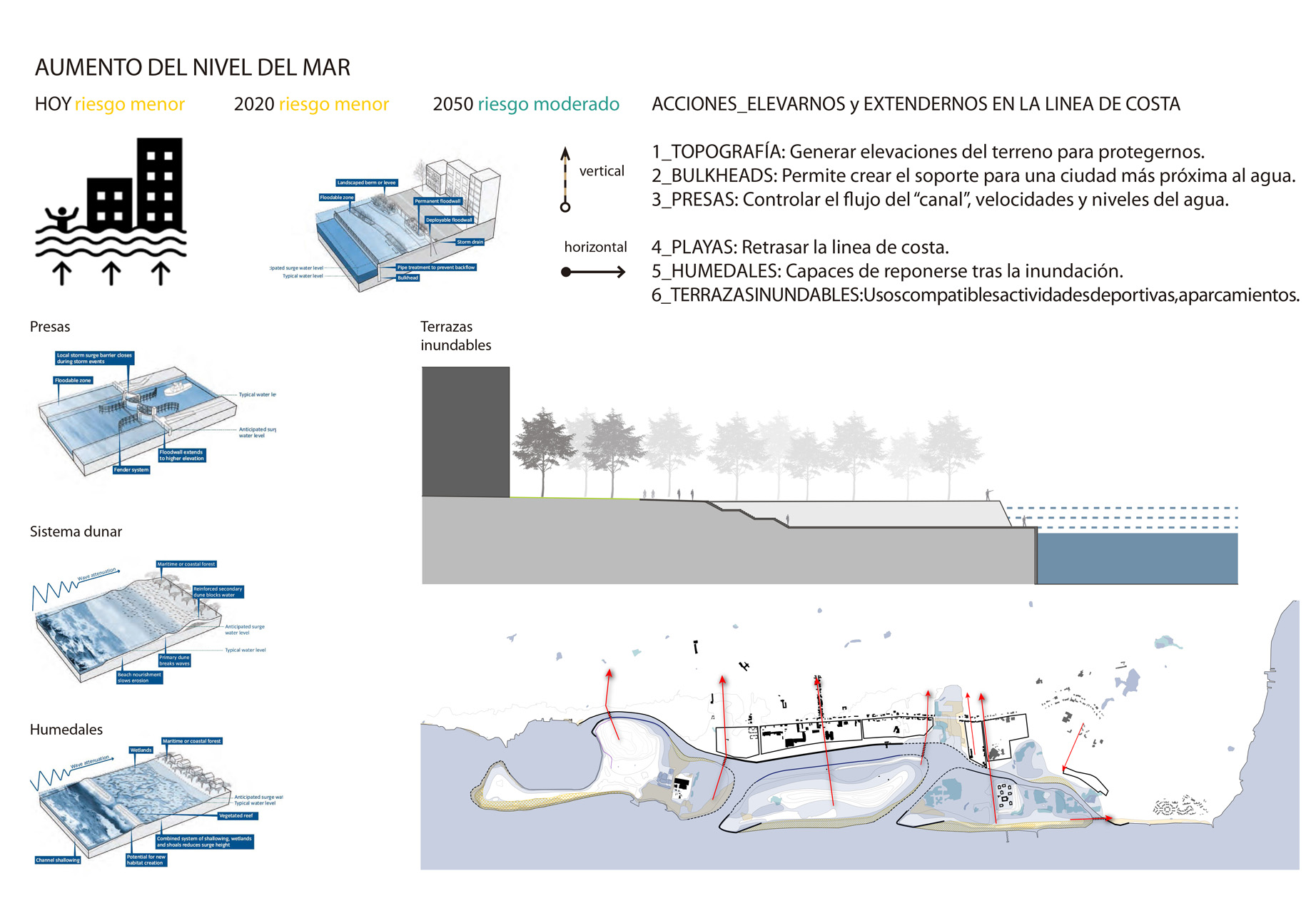 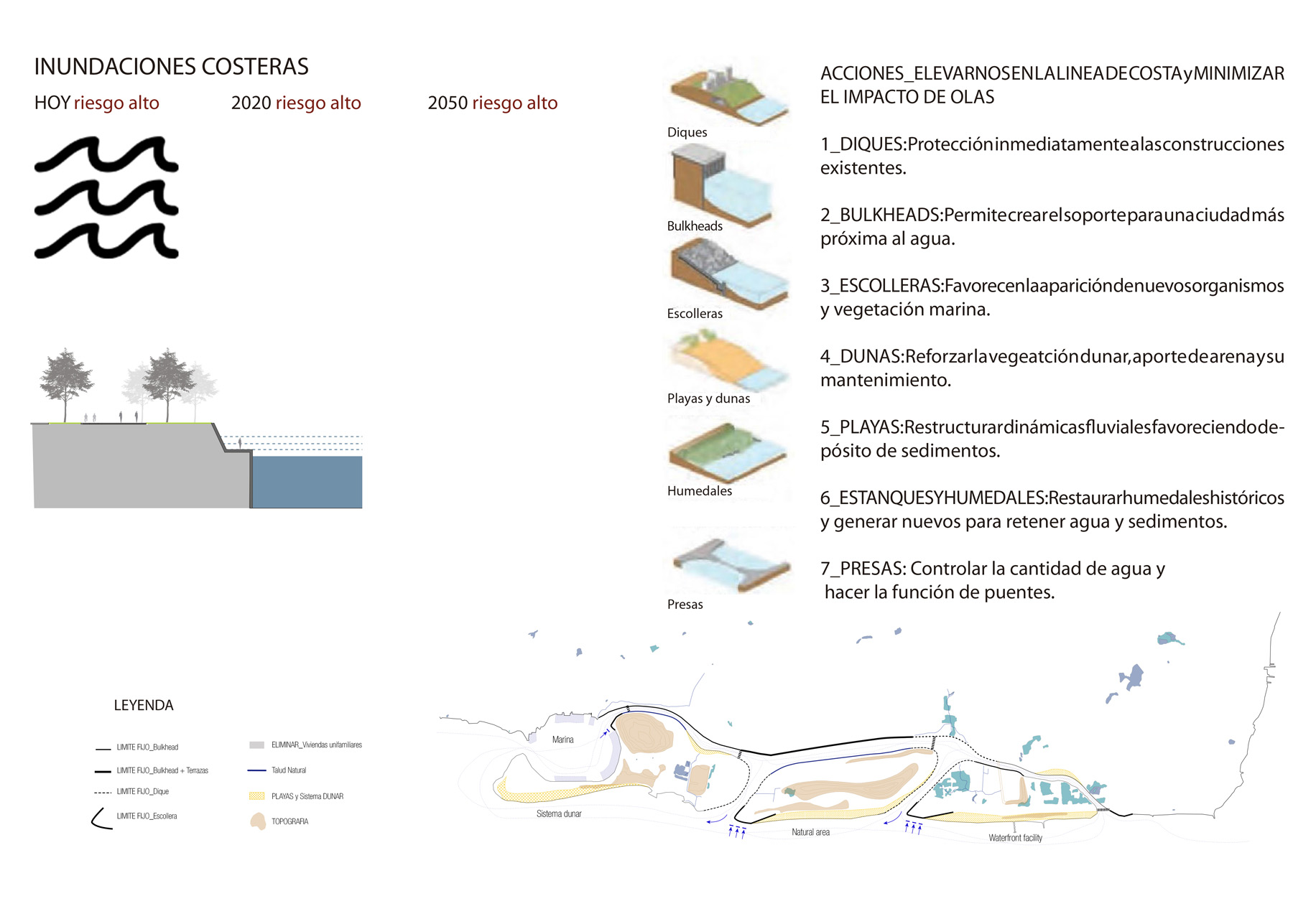 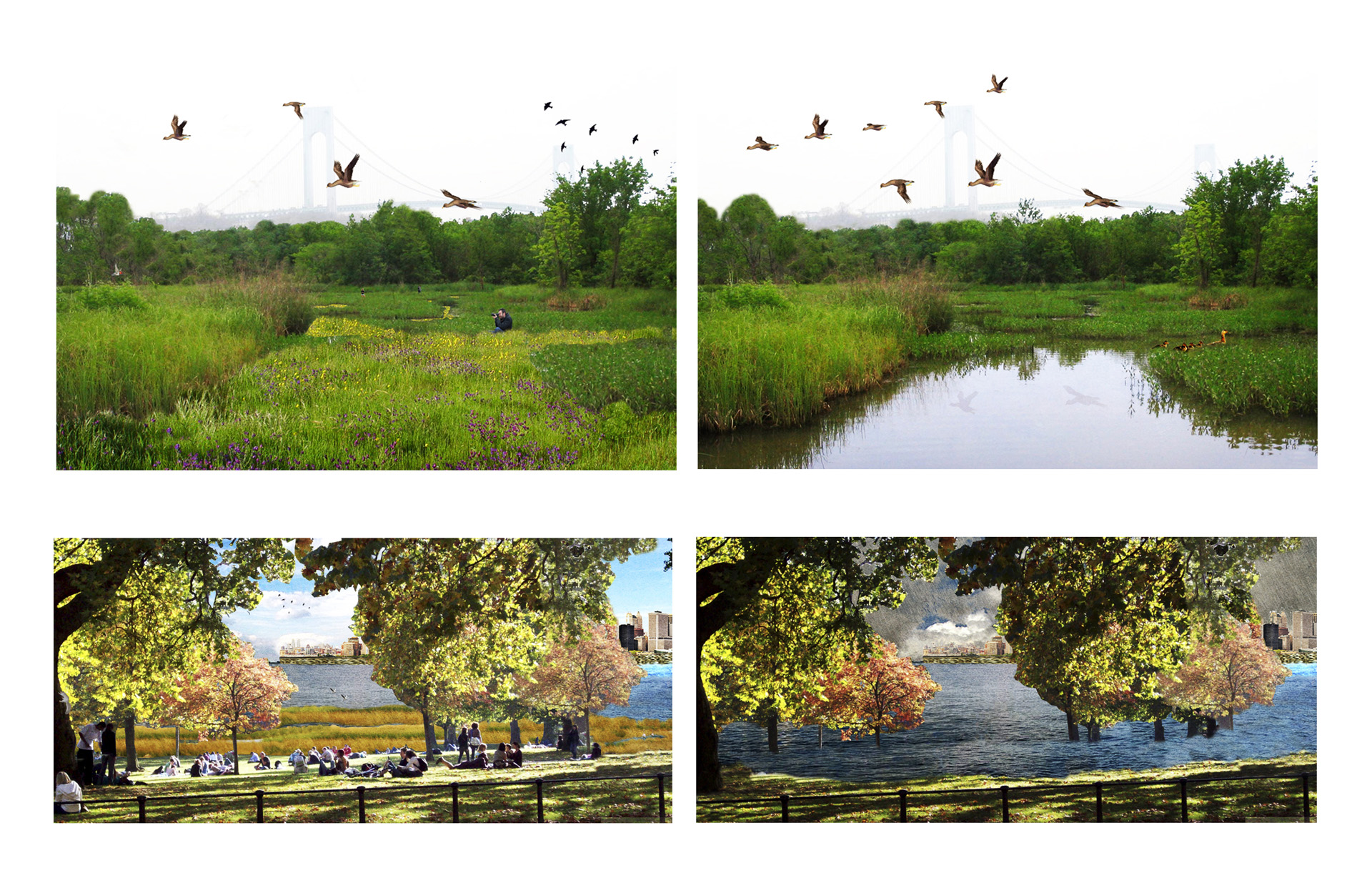 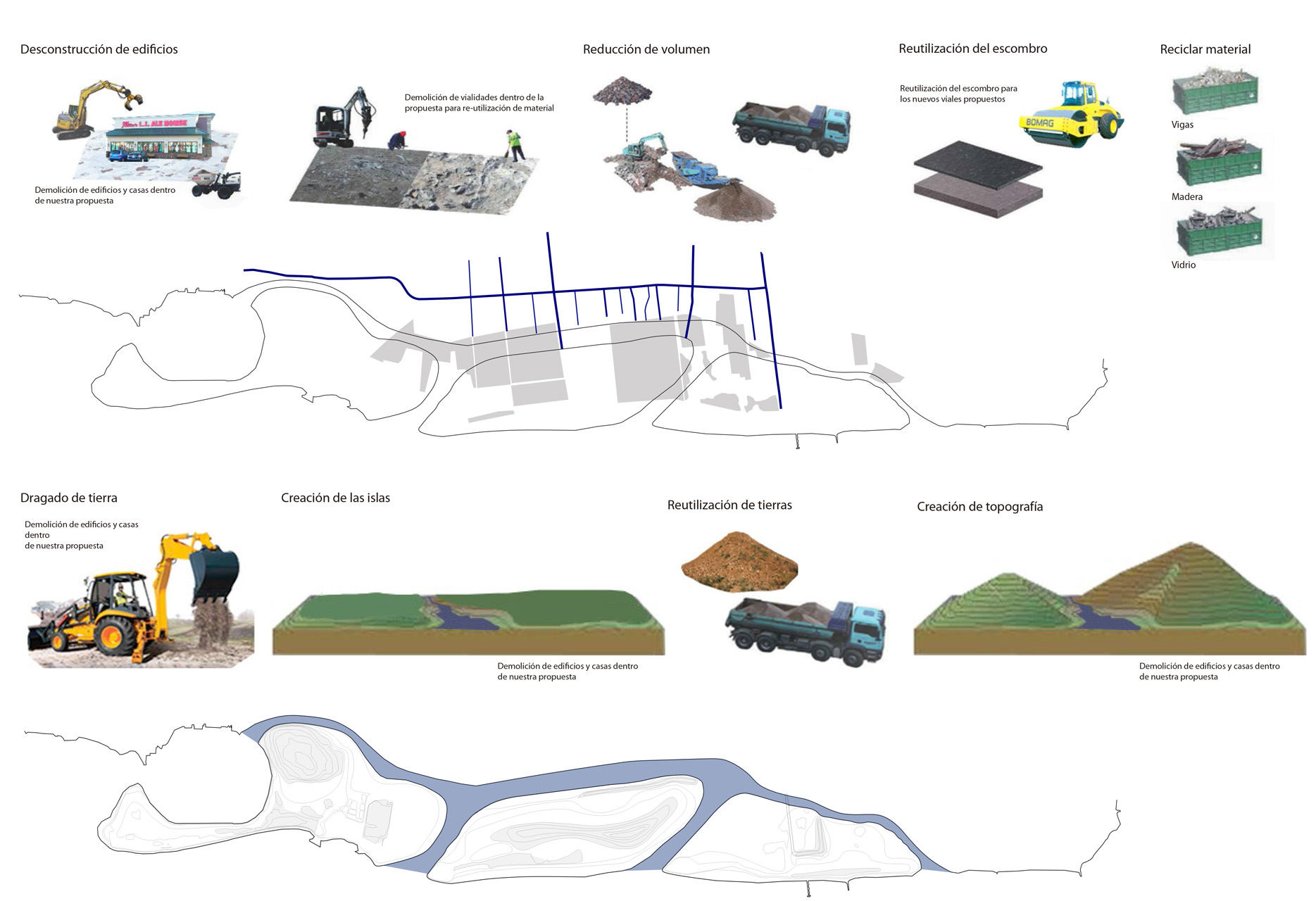 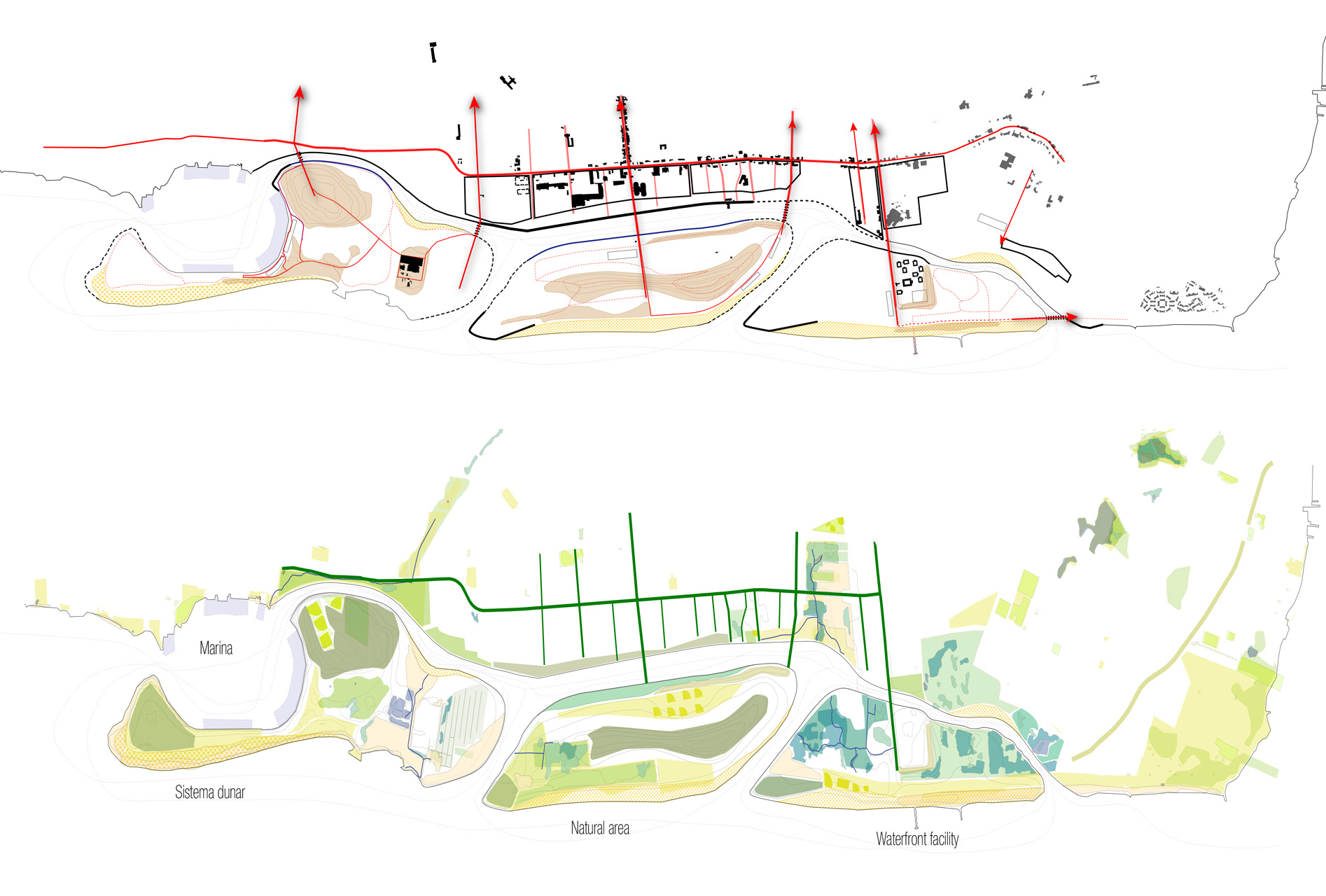 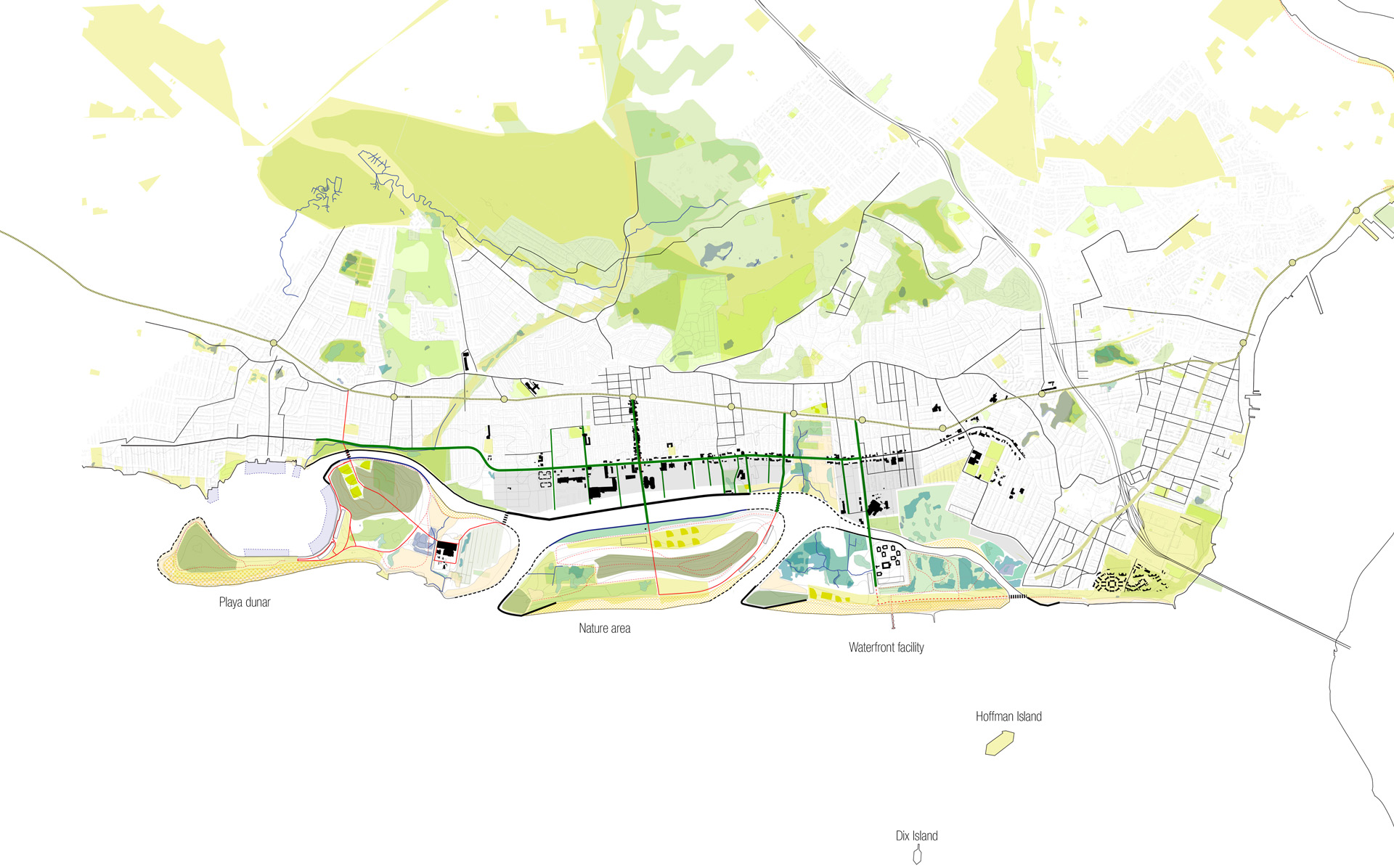 The disaster after Hurricane Kathrina raised alarm bells to improve flood protection in New York. Along with the closure of Fres Kills as a former landfill, it marks a before and after on Staten Island. From 40% of Industries and Waste Land to a future scenario with more than 75% destined for open spaces, recreation and residential areas. To guarantee safety and promote tourism, the aim is to rearrange the place by creating a large island that serves as a natural dam and breakwater on a large scale. The earthworks will be used to create micro-topographies where the homes will be relocated to levels above the floods and rearranging mobility, favouring an escape system made up of impervious green streets. A nature reserve rich in ecosystems such as its unique estuaries, as well as forests and coastal Encourage “country and beach” tourism in the city with a marina, baseball fields or spaces for education and culture, and betting on new growth in height around the main road. Make the Hyland the new centrality equipped with all the services along the new recreational channel around which, a denser city is clustered, with large commercial basements and life at street level. The actions will be done in phases. Coastal flood protection should be done at the shoreline to minimise the impact of the waves. The first will be the dikes, the breakwaters, which also favour the appearance of new organisms and marine vegetation, and the contribution of sand, thus reinforcing the dune system against the shock. Pond and wetland restoration improves water and sediment retention. Rise and extend the coastline with the creation of new beaches compared to 2050 when we may suffer a rise in sea level. A system of Bulkheads and dams support the new city closest to the water, they function as bridges and allow us to control the flow of the canal. Flooding should be part of both the natural logic of the wetlands themselves and the inclusion of flood terraces compatible with sports activities or large parking lots.