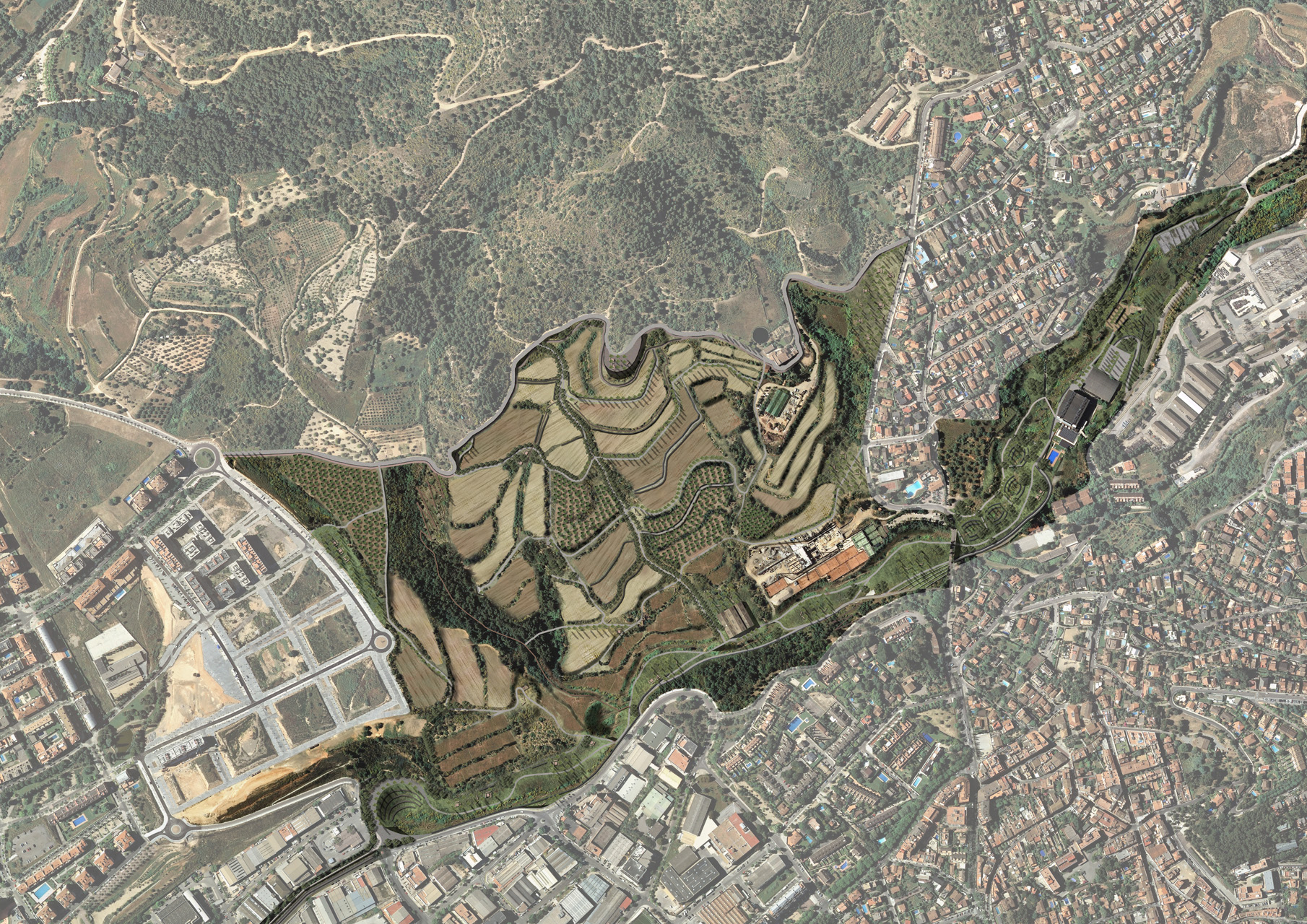 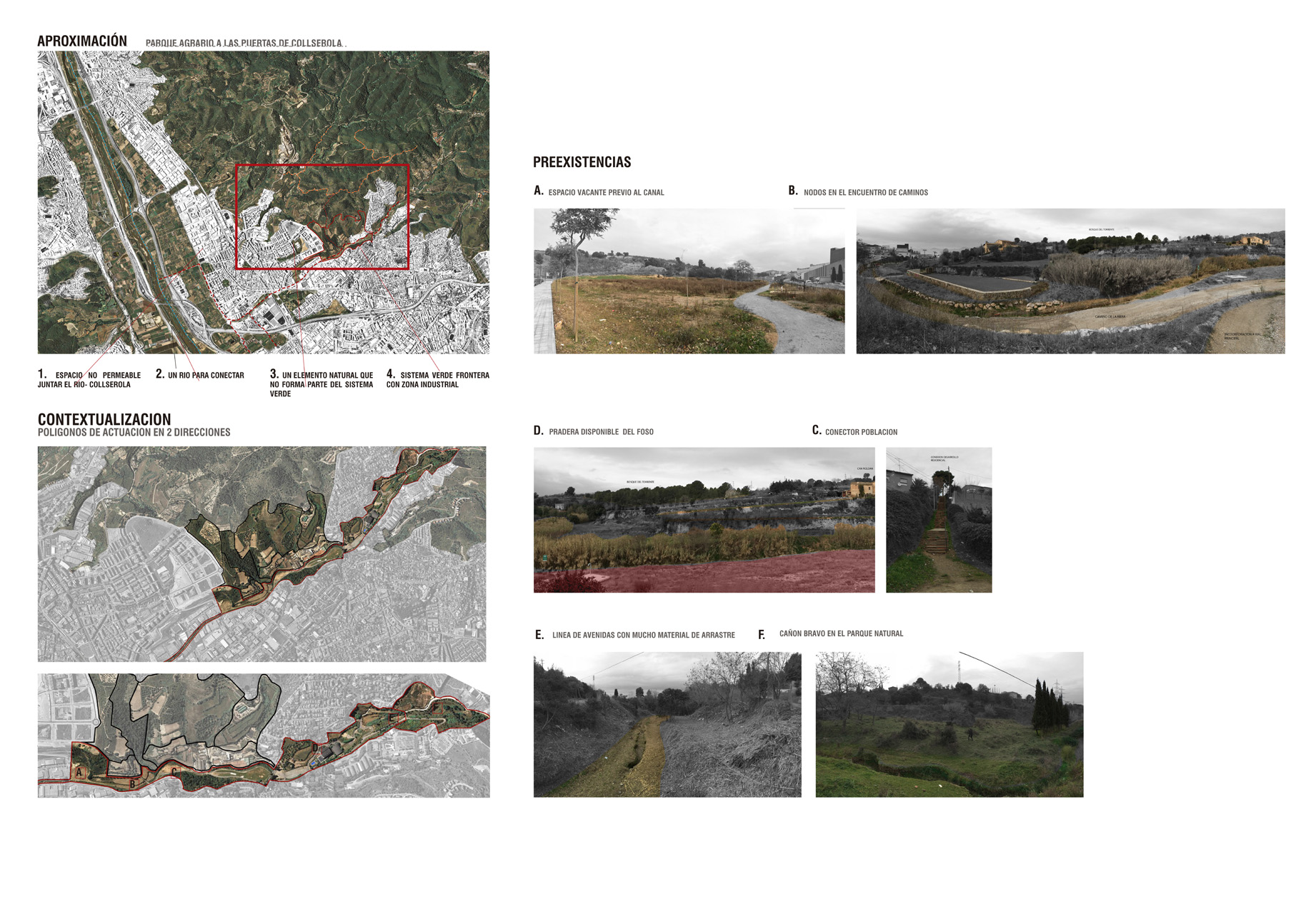 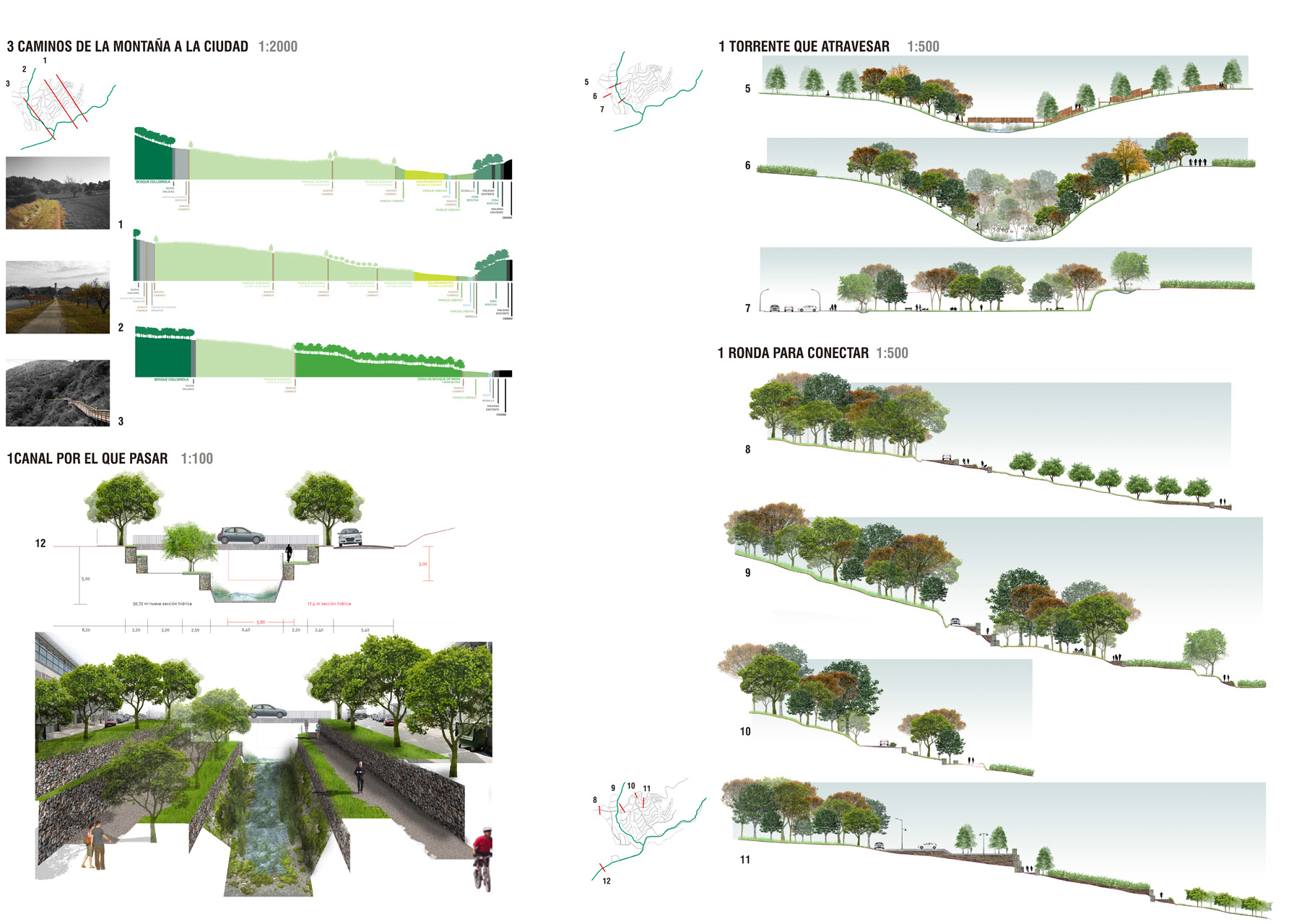 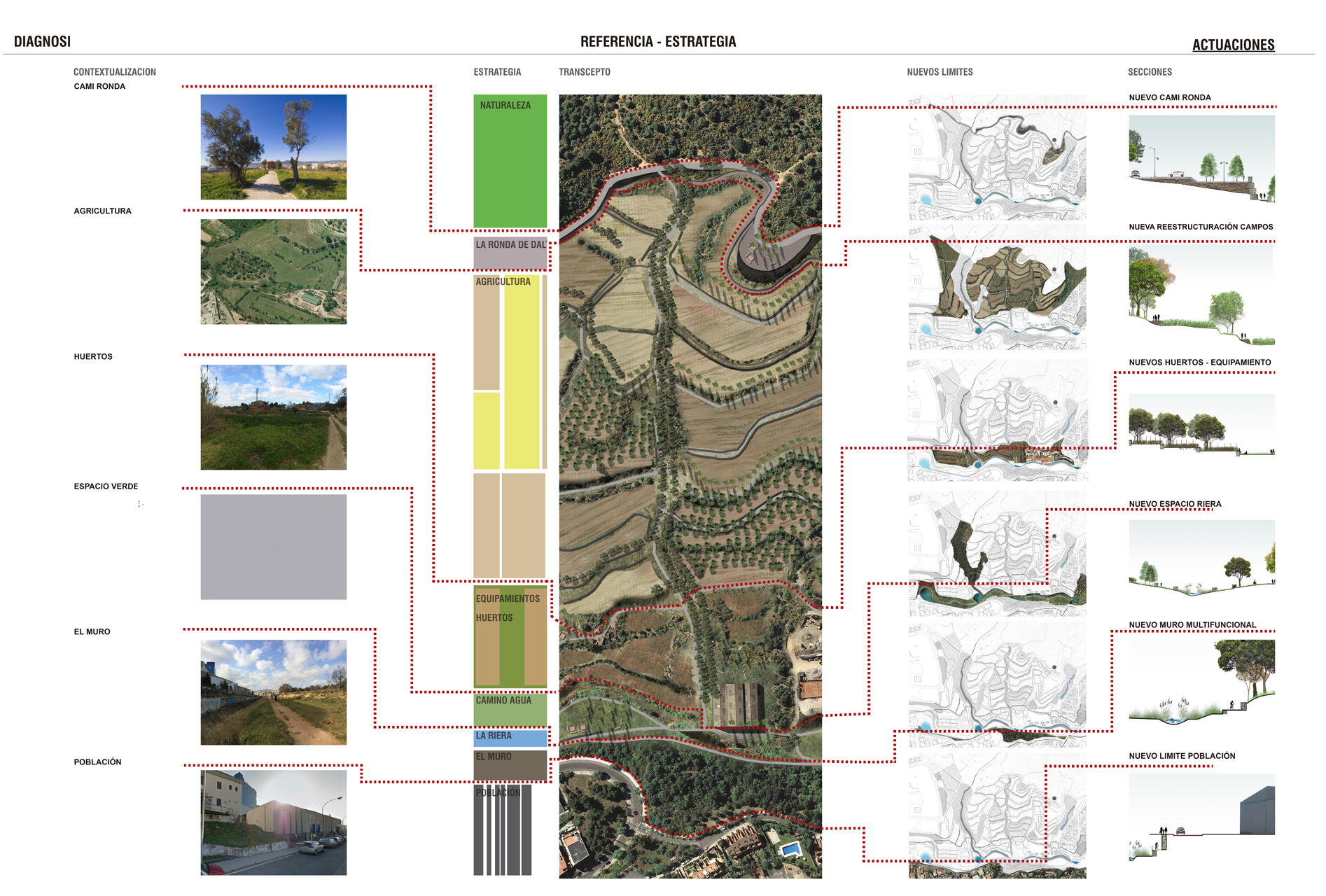 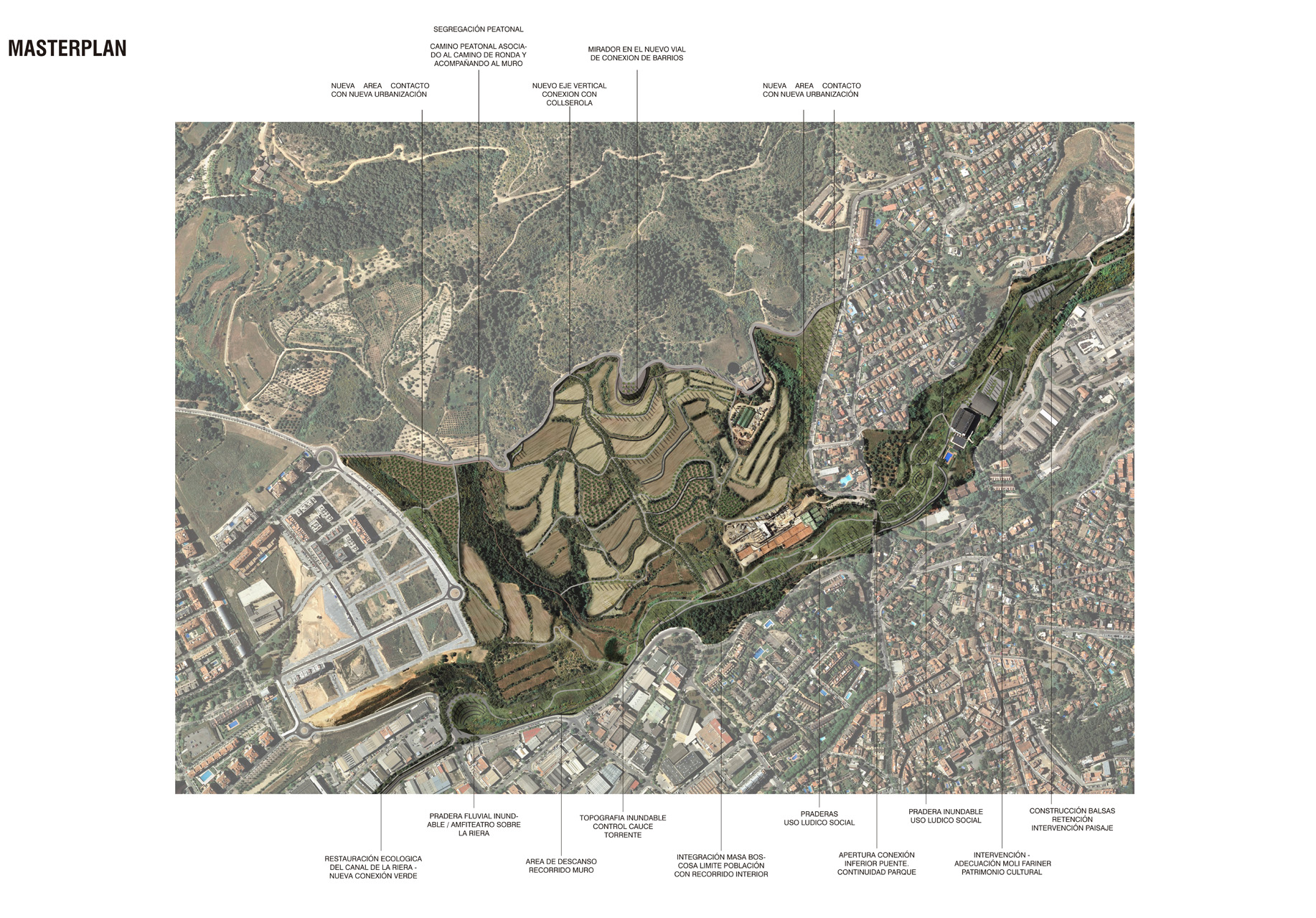 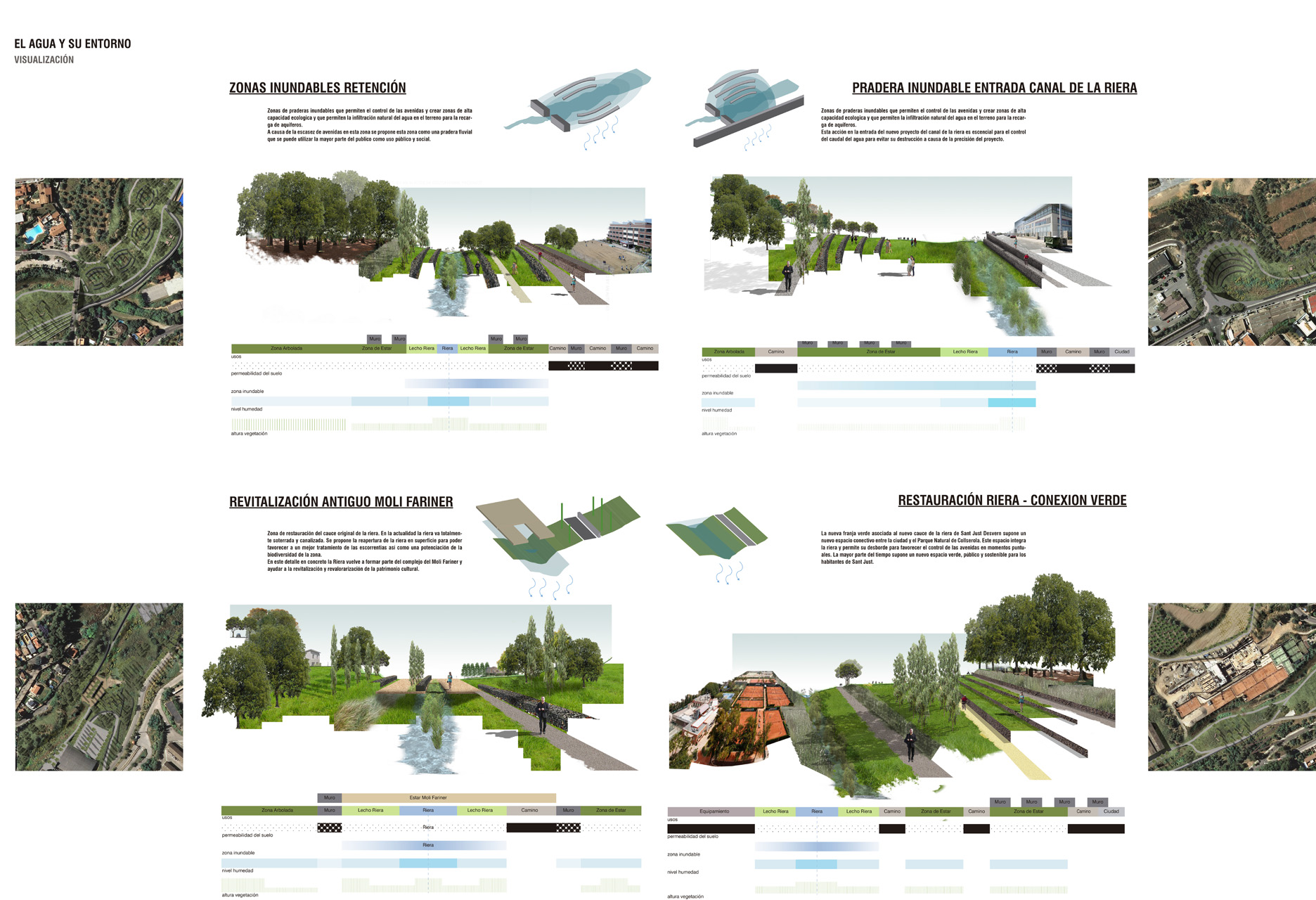 Historically, the Riu Llobregat has been a valuable natural connector between the Collserola Mountain and the coast around where agriculture and life developed. But its stream system was distorted by the pressure of a population that channeled them under large industrial estates that now prevent the continuity of the green space system in the city of Barcelona. The action is approached on two scales, a more territorial first approach aims to bring Collserola closer to the city with performances by bands parallel to the Riera. Starting by creating a new Camí de Ronda as the limit of the new green infrastructure as well as a slow motion connector between the towns with bike lanes and rest areas. The next band proposes a restructuring of the agricultural fields by constructing their limits and accesses and characterising both their materiality and their plant composition, a tree on each path. The strip adjacent to the restored space of the Riera has a social, ecological and productive component, where both urban gardens and sports facilities connect people to the land. And finally, the aim is to enhance the existing wall and its capacity to limit the park user and the urban and industrial fabric. The second phase is about the landscape and ecological restoration of the Riera as an Agrarian Park and the backbone that completes the Collserola – Llobregat complex. At the entrance to the Park, runoff water is collected that will circulate along the new green-water route, crossing water speed reduction ponds that are used for both productive and recreational purposes. The integration of local elements such as the old Molí Fariner, the Agricultural Cooperative or the Regulatory Farmhouse give identity to the complex and complete the recreational part together with the meadows and recreation areas.